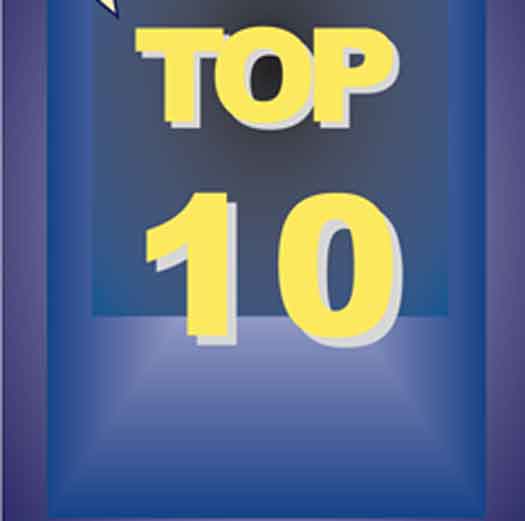 Despite our changing times, America’s leading companies and brands are remaining out and proud, with more companies including LGBT people and families in mainstream advertising and marketing than ever before.

Logo, the leading entertainment brand for the LGBT community, today released the second annual ‘Trailblazing Companies’ list, a ranking of companies and brands that have demonstrated a “public commitment to LGBT people & issues through advertising, communications, and other public initiatives.” The campaigns and marketing endeavors on the list showcase a range of personalities, stories and experiences within the LGBT community.

According to Bob Witeck, President of Witeck Communications, LGBT consumers represent an estimated buying power of $971 billion. Previous Logo research also has found that 71-percent of LGBT consumers are more likely to support a brand after seeing an equality-themed ad, while 71 percent were more likely to purchase from a company that actively supports and contributes to LGBT charities or causes.

The ‘Trailblazing Companies’ list was created through extensive research conducted in partnership with Witeck Communications, a communications firm with expertise in LGBT communications. Logo started with a pool of close to 200 consumer-facing companies that earned 100% scores for their internal LGBT policies on the Human Rights Campaign’s Corporate Equality Index. Each company was then evaluated based on the seven objective categories that demonstrate each company’s support of the LGBT community in the public sphere. Companies were awarded points based on their performance in each of these areas.

“Each of these companies is delivering a message of inclusion, diversity and equality that is needed now more than ever,” said Pamela Post, SVP of Programming for Logo. “While we are incredibly proud to recognize these 25 trailblazing companies who are raising the bar higher than just their bottom line, the ultimate goal is to one day reach a time when a list like this is no longer necessary.”

Bob Witeck said, “the resonance of LGBTQ attitudes in the marketplace has made a sea of change in how brands express their values, connect innovatively with diverse households, and grow market share. This new study is an encouraging roadmap of trends and opportunities for all brands aiming to step up their competition.”

For more information on the rankings and each company’s score visit: http://files.logotv.com/rules/logo-25-trailblazing-companies-2016.pdf.

Most Americans say businesses must not deny Services

“Out of Iraq:” Puts LGBT Pride in its proper context