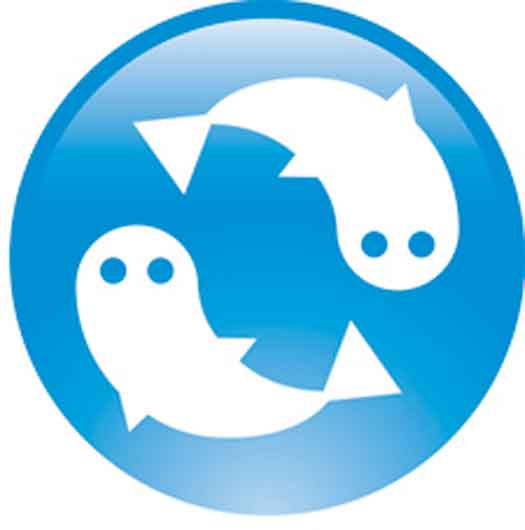 The New Moon, starting off February, holds the promise of great achievements; in your case, that promise is supported by favorable aspects these next two months. These will not come without sustained effort on your part, Saturn holding your sign to a schedule; Neptune, in March, brings wacky ideas your way, one of which might work!

Yours is another sign assigned to pursue greater things; Imbolc/Candlemas has Jupiter, one of your ruling signs, with the aid of Mercury, encourage verbal dexterity, to the delight of others though you may have been feeling shy, or less than capable. If you want to take charge of a situation, the run up to Spring is an ideal time to do it.

As we all approach the first day of spring, the Sun entering your sign, you may find it more difficult to do what you love, pulled away by inconvenient responsibilities (or have a harder time finding satisfaction in anything). I fear that this lack of assurance seems to continue until the end of March, when the New Moon allows you to return to more familiar circumstances.

February finds you far less capable of putting up with disappointments than might generally be the case; or is it that you keep insinuating yourself into situations where it’s a foregone conclusion? No matter, after a month of frustrations, self-inflicted or not, your prospects for satisfaction increase when the Moon enters your sign March 6th.

While many of us, as winter wanes, might tend towards taking it slow, you seem to have the opposite problem. The clear thought that Mercury brings you is hampered by the influences of Mars on that ruling planet of yours. Your passions run high, with diminished self-control. The good news is, if you don’t end up in restraints in February, all the planets support reckless abandon, for you, as a Mad March hare.

It seems that sociability comes easily to you, these days; Venus and Neptune, Mercury and Jupiter open doors that you may have thought closed to you, thus far. Things seem fresh, and new, possibly because you’ve been away too long, hidden away.

Yours is yet another sign for whom a bright path has been laid. Unlike some of the others, though, it’s the luck you make, rather than stumble on, that makes the difference. Jupiter and Saturn getting along so well with your moon are a suggestion to apply yourself with diligence.

The Full Moon February 16 really appears to set your sign off on a year, not necessarily in a good way. Your Moon keeps hitting less agreeable aspects, which can encourage you to be a domineering bossy pants in most every situation. It’s not that you’re wrong but remember you are not the HR head for the entire universe.

Mid- February should begin to lift your spirits, but progress comes by utilizing those proverbial, and tiresome bootstraps. At least you have them, though you were hoping for others to lift you out of your funk. By the Full Moon, just after St. Patrick’s Day, things should be pretty satisfying, your diligence paying dividends.

Always better as a self-starter (you know you are), it should come as no surprise that this remains true as Spring approaches. It’s time to stop talking a good game; knuckle down, and actually do the work, rather than indulging in a vapid reverie of waiting until the right time to begin.

The expansive, generous nature that Jupiter, as your ruling planet, generally provides, seems in short supply this cycle. Your Moon’s interactions with Saturn, particularly, seem to have you digging a hole that constricts your aspirations; Neptune and your Moon promoting high hopes, big dreams, which can quickly dissipate. Do consider asking friends for advice and assessments.

It seems that a slightly manic phase of existence is on the horizon for you. The guardrails Saturn provides your sign are absent, making it easy to careen from temptation to temptation. Fortunately, it appears that no lasting harm will occur, and sensible avenues appear the end of March.

Take an absurdly humorous look at “The Giant Void in My...