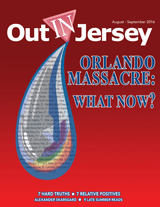 Amanda Alvear, 25, was studying to become a nurse and at the club with her best friend, Mercedez Flores, who was also killed

Antonio Davon Brown, 29, was a captain in the Army Reserve and a graduate of Florida A&M University

Angel L. Candelario-Padro, 28, was an ophthalmic technician at the Florida Retina Institute

Juan Chevez-Martinez, 25, was a native of Huichapan, Mexico and lived in Davenport, Florida

Cory James Connell, 21, was studying sports journalism and had dreams of becoming a firefighter

Tevin Eugene Crosby, 25, was a native of North Carolina and worked as a sales manager for Smart Circle

Deonka Deidra Drayton, 32, also known as Dee Dee, was a bartender at Pulse

Simon Adrian Carrillo Fernandez, 31, had just returned from vacation with Oscar Aracena, who was also killed

Leroy Valentin Fernandez, 25, was a native of Ponce, Puerto Rico and worked as a leasing agent at an apartment complex

Mercedez Marisol Flores, 26, worked at Target and studied at Valencia College; she was at the club with friend Amanda Alvear, who was also killed

Peter O. Gonzalez-Cruz, 22, was originally from New Jersey and worked at UPS

Juan Ramon Guerrero, 22, was a student at University of Central Florida and was killed with his boyfriend Christopher Leinonen

Paul Terrell Henry, 41, was the father of two and loved to dance

Frank Hernandez, 27, was original from Weslaco, Texas and had moved to Florida two years ago

Miguel Angel Honorato, 30, was the father of three and co-owner of four restaurants in the Orlando area

Javier Jorge-Reyes, 40, was a supervisor at Gucci

Eddie Jamoldroy Justice, 30, was an accountant who lived in downtown Orlando

Anthony Luis Laureanodisla, 25, was a native of San Juan, Puerto Rico and lived in Orlando

Christopher Andrew Leinonen, 32, was at the club with his boyfriend Juan Guerrero, who was also killed

Brenda Lee Marquez McCool, 49, mother of 11 and a two-time cancer survivor, was at the club with her son

Gilberto Ramon Silva Menendez, 25, was a Puerto Rican native and worked as a sales associate at Speedway

Kimberly Morris, 37, a bouncer at Pulse, had recently moved to Florida to help her mother and grandmother

Luis Omar Ocasio-Capo, 20, was a dancer and worked as a barista at Starbucks

Geraldo A. Ortiz-Jimenez, 25, also known as ‘Drake’, was a native of Santo Domingo, Dominican Republic

Eric Ivan Ortiz-Rivera, 36, was a native of Puerto Rico and lives in Miami

Joel Rayon Paniagua, 32, was a student who had just returned to Florida from living in Mexico

Jean Carlos Mendez Perez, 35, was at the club with Luis Daniel Wilson Leon, who was also killed

Enrique L. Rios, Jr., 25, the nursing student from Brooklyn was a social worker for the elderly

Jean C. Nives Rodriguez, 27, was the general manager of a check cashing business and had just purchased his first house

Xavier Emmanuel Serrano Rosado, 35, a father and a Disney cast member who worked at Disney Live!

Christopher Joseph Sanfeliz, 24, was a native of Cuba who worked at JPMorgan and Chase

Yilmary Rodriguez Solivan, 24, was the mother of two young sons and had been at the club with her brother-in-law, who survived, and friend Antonio Camuy Vega, who did not survive

Edward Sotomayor Jr., 34, was the national brand manager for Al and Chuck Travel

Martin Benitez Torres, 33, was a student in San Juan and in Orlando visiting a friend

Jonathan Antonio Camuy Vega, 24, was an assistant producer for Telemundo in Orlando.

Juan P. Rivera Velazquez, 37, was the owner of D’Magazine Salon and Spa; he was killed with Luis Conde, his partner of 13 years

Franky Jimmy Dejesus Velazquez, 50, a native of Puerto Rico who toured the world as a professional Jibaro dancer and worked as a visual merchandiser at Forever 21

Luis Daniel Wilson-Leon, 37, was at Pulse with Juan Carlos Mendez Perez, who was also killed

Jerald Arthur Wright, 31, worked at the Walt Disney World Resort and was at Pulse for a friend’s birthday