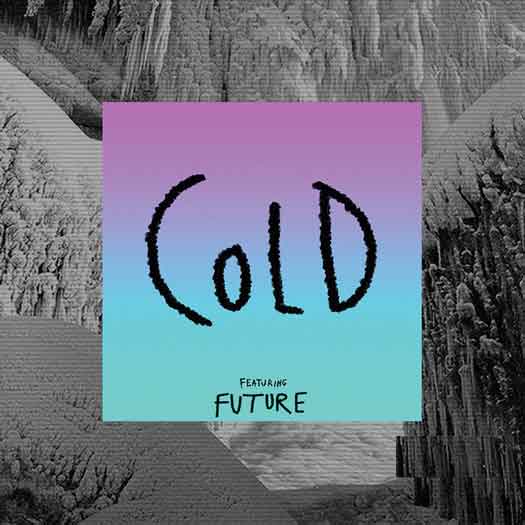 Maroon 5 teamed up with Future for their latest foray, the smoothly groovy single “Cold.” While the video details lead singer Adam Levine’s venture down the looking glass via a tainted cocktail at a party, the track is anything but. Levine’s vocals are smooth with consistent hits of his trademark falsetto, while Future’s rap does not overpower the track, but much like the extra “something” in Levine’s drink in the video, only enhances it. This track is a definite tease to what could be a darker and somewhat edgier sound for Levine and the Maroon 5 boys, and if it is anything like “Cold” it could very well be an interesting new direction 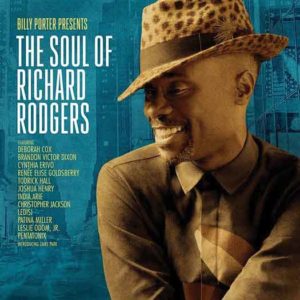 From stomping across the stage in his Tony Award winning turn as Lola in “Kinky Boots” to crooning a host of Broadway standards, there is simply nothing it seems, that the luminous Billy Porter cannot do. His latest venture brings us the music of the legendary composer Richard Rodgers, told only in the swooning and breathtaking way that Porter could on Billy Porter Presents: The Soul of Richard Rodgers. Having some of Broadways most glorious voices joining him on a number of these tracks truly makes this package an embellishment of riches.

Fellow Tony Award winner Cynthia Erivo joins him on a sublime version of the classic “My Funny Valentine” and a man that inherited the role of “Lola” down the line from Porter, the dynamic Todrick Hall, joins on a raucous version of “I’m Gonna Wash That Man Right Out Of My Hair”! LGBT Icon Deborah Cox joins Porter on “This Nearly Was Mine,” making us truly wonder how these two never sung a duet like this before; astoundingly beautiful! The ethereal India Arie joins on a simplistically wonderful version of “Carefully Taught” with Arie’s airy vocals matching perfectly with Porter’s infections on his own vocals. One of the most powerful tracks on the album is Porter’s version of “Edelweiss,” offering a simple presentation with minimal instrumentals, allowing us to enjoy the lush vocals that Porter melds with this iconic track. 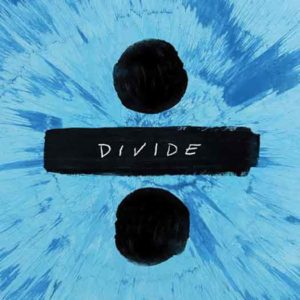 Ed Sheeran’s Divide has been both much sought after and most buzzed about, and with the release of two singles prior to the release, the dramatic “Castle on the Hill” and the R&B tinged (and overly infectious) “Shape Of You” people were very interested to hear a potentially new sound from Sheeran. Well, Divide has arrived, and we are definitely not disappointed. While the first two sneak peek singles present somewhat of a differing sound, there is definitely the classically swoon worthy Sheeran that we grew to originally love. On tracks like “Perfect” and “How Would You Feel” Sheeran will musically and lyrically hit you emotionally, while tracks like “New Man” and “Barcelona” he will make you want to crack open a cocktail on a breezy spring day, giving us upbeat and infectious pop perfection.

Sheeran is still at his strongest when he is pulling at the proverbial heartstrings, and the bonus track “Save Myself” will do exactly that. Its power musically is only matched by the contest of the lyrics. Close your eyes and give this one several listens. 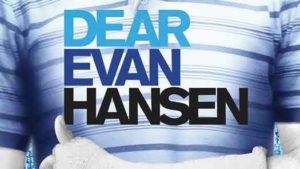 Not since the movement that Hamilton became, has a musical been so talked about as Dear Evan Hansen has. Premiering this winter, this Broadway darling focuses on the teen Evan Hansen, who gets involved in a family tragedy of another teen. Following a classmates death, Hansen starts to find himself, along with the one narrative that is making this musical have such an emotional impact for so many; he is finding after a long journey, the ability to fit in.

The soundtrack ventures between hopeful and uplifting tracks like “You Will Be Found” and “Waving Through a Window,” but the cast truly shines on the gut wrenching ballads. Tracks like “Words Fail” and “Only Us,” give more emotion than anything I have heard on Broadway in quite some time. Ben Platt, Rachel Bay Jones, and the rest of the Evan Hansen cast have made musical magic on stage, and in the studio for this beautifully structured and oh so important musical.