Impeaching a president IS bad for the country

This impeachment stuff is stressing me out. Donald Trump keeps screaming that this whole thing is very bad for the country. And he is right! Impeaching a president IS bad for the country. Duh. Obviously. But even worse for a country is letting a corrupt and inept man keep leading it. 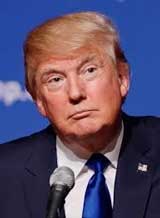 Trump has been complaining that the Democrats have wanted to impeach him since day one. Again, he’s right. But only because he gave every signal possible that he was a corrupt moron in his personal and business life, which led a lot of people to suspect he might be the same bad person in office. Go figure.

Republicans are tripping over themselves to defend this jackass. He is indefensible. Full stop. But they don’t care about having a leader with a heart or a brain. Republicans are thrilled that they have a president willing to do all of the bad and awful things they’ve always wanted to do. Take health care away from people? Check. Rollback environmental regulations? Check. Discriminate against LGBTQ people? Check. Stack the court system with unqualified right-wingers who will uphold the terrible laws they pass? Check.

Wake me up after November 2020

It’s exhausting. I need a nap. Wake me up after November 2020. I’m kidding. That is just what Republicans want people to do. Get overwhelmed and discouraged, and check out.

Checking out is a luxury, and we can’t afford it. We really can’t.

There are Nazis in the White House! White Supremacists are running the fucking show. Everything you care about is on the line here.

I just watched a clip from Meet the Press, where Dante Chinni interviewed a group of Republicans in Kent County, Michigan, about impeachment. Do they care about it? No. Why? Because it’s boring. OH HOW NICE FOR YOU WHITE UPPER MIDDLE-CLASS BOOMERS.

What’s it like never to have to worry about your civil rights? What’s it like to stare into the face of Nazis and yawn? HOW BRAVE. Thanks for the focus group.

People who stand against Trump are accused of being hysterical. These same people who believed that Hillary Clinton was running a child sex ring in the basement of a D.C. pizza restaurant have no problem with Trump taking children away from their immigrant or asylum-seeking parents and losing them in the system with no way for the parents to ever see their babies again. It’s not hysterical to think that is diabolical.

It is hysterical, however, to think that the impeachment is a “witch hunt” and some Democratic coup. Imagine, these folks think that this man is a good president. Trump is mean, dumb, and petty.

Trump’s response? “So ridiculous,” he Tweeted. “Greta must work on her Anger Management problem, then go to a good old fashioned movie with a friend! Chill Greta, Chill!”

Thunberg is, as you may well know, a 16-year-old who is fighting like hell to get the goddamn grownups of this world to act on climate change so that she and other children might have a chance at a future. But Trump, who doesn’t believe in global warming, thinks she should “chill.”

In case you needed more evidence that Thunberg is amazing, in response to Trump’s Tweet, she changed her Twitter bio to read, “A teenager working on her anger management problem. Currently chilling and watching a good old fashioned movie with a friend.”

If you caught Thunberg on Ellen, the Ellen DeGeneres show, then you know that she doesn’t see Trump as worthy of a meeting with her.

“I don’t see what I could tell him that he hasn’t already heard, and I just think it would be a waste of time, really,” she said.

Thunberg is inspiring. Trump is embarrassing. His reelection campaign Tweeted out the Time magazine cover with Trump’s head Photoshopped onto Thunberg’s body. I mean, FFS.

The House has voted on impeachment and has a majority in favor of removing Trump. Then it’ll go to the Senate where Majority Leader Mitch McConnell has already said he fully intends to rig the process for Trump. Cool, cool.

There is a right side and a wrong side of history. When it comes to Trump, you can either be someone who welcomed dictatorship or fought against it. Or you could just do nothing. Shrug your shoulders and call the impending end of American democracy a snooze fest. Though you should know, that puts you with the folks on the wrong side, the bad side.

Don’t be a baddy. We already have enough of those.

Creep of the Week: Florida

Creep Of The Week: Tudor Dixon