Black Christians give away forgiveness like it’s confetti, and white Trump evangelicals give it away sparingly, if at all. As an African American, the act of forgiveness appears to be our immediate go-to place in the face of unimaginable racial honor done to us. 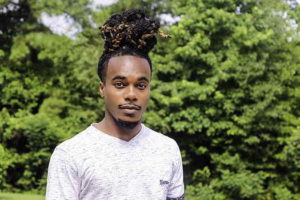 While forgiveness is foundational to growth, healing, and restorative justice- whether religious or non-religious—there are various ways we use forgiveness. Either it can enhance healing and create positive change in our lives, or it can cause tremendous harm by maintaining the status quo. And, there is a distinction between individual forgiveness and institutional forgiveness.

Former Dallas police officer Amber Guyger fatally shot Botham Jean in his apartment. His younger brother, Brandt Jean, could have never fathomed a conflagration would ignite offering forgiveness and a hug of his brother’s killer.

Brandt took the witness stand and spoke directly to Guyger, stating, “I know if you go to God and ask him, he will forgive you” and then hugged her before she was led off to prison. Some saw Brandt’s action as demeaning and dismissive of Botham’s murder, especially in light of the numerous unarmed black males killed at the hands of white officers across the country. Many queried, if the roles were reversed, would Guyer’s white family do similarly. Others contested that was not the point because Brandt’s action was that of a good Christian. Brandt’s efforts have been compared and lauded to that of the black parishioners of “Mother” Emanuel African Methodist Episcopal Church in Charleston, SC, who forgave white supremacist assassin Dylann Roof. Roof’s motive was to start another civil war.

Brandt’s act of forgiveness I understood as healing himself and honoring his brother. “I love you just like anyone else, and I’m not going to hope you rot and die,” Brandt told Guyger in the courtroom. “I want the best for you because I know that’s exactly what Botham would want for you. I think giving your life to Christ is the best thing Botham would want for you.” Brandt’s action is an example of individual forgiveness. Forgiveness, in this instance, is a gift you give yourself for healing. It’s a feeling of inner peace and a renewed relationship with self.

On the other hand, Judge Tammy Kemp giving Guyger a hug and her personal Bible before led off to prison I found unforgivable. Kemp turned to John 3:16 and told Guyger, “This is where you start. He has a purpose for you.” Kemp’s actions are an example of offering institutional forgiveness on behalf of her actions.

As a guarantor of justice, Kemp represents the laws and values of our American court system. Kemp collapsed the separation of church and state in her courtroom by giving Guyger a Bible, further devaluing a flawed judicial system that disproportionately and unfairly treats black and brown lives trafficked through it. Many felt, Kemp, who is African American, should have known better in this era of BLACK LIVES MATTER. Her actions toward Guyger would be perceived as absolving a white officer and siding with the country’s culture of policing.

In the face of continued racial violence done to us, I now must question if our church teachings of forgiveness of the last centuries are serving us well in this new century, particularly with the resurgence of white nationalism.

Forgiveness is one of the essential tenets that run deep in the theology, prayers, and songs of Black Christianity. When families of Emanuel church victims stood in court in 2015 and stated one-by-one, they forgive Dylann because their religion advises them to do so, the nation was in awe. In awe, too, Roof’s family said, “We have all been touched by the moving words from the victims’ families offering God’s forgiveness and love in the face of such horrible suffering.”

However, four years later, family members of the victims are still struggling. Jennifer Berry Hawes captures their struggle in Grace Will Lead Us Home: The Charleston Church Massacre and the Hard Inspiring Journey to Forgiveness. Hawes questions the moral mandate of expressing forgiveness by black people as deriving from dominant and racist ideologies that serve the ruling class. “So when one has been irreparably and tragically wronged by another, it bears asking: Who benefits from my forgiveness, and what does being the better person have to do with my loss?” she states.

The expectation of forgiveness is quickly drawn along marginal lines within religion, race, class, gender, and sexuality, to name a few. Within these marginal groups, too often, the theologies and praxis of forgiveness avoid fully reckoning individual or group pain, suffering, and the lingering effects of trauma, grief, and even rage. Embracing the Christian belief of redemptive suffering symbolizes the mettle of one’s strength.

Offering absolution is a personal matter. However, as one whose identity intersects several marginal groups—black, female, lesbian—I must raise Hawes question, “Who benefits from my forgiveness?

I no longer allow my Christian indoctrination to forgive to automatically override my self-interrogation of why I should. I now make the distinction between blind obedience versus reasoned faith. And, I must remember, while Christianity is not a toxic religion, the form of Christianity taught to my ancestors was not to make us better Christians, but rather better slaves.

You can reach Rev. Irene Monroe at: @revimonroe

We are all in this together

The scramble for black votes

Where is the love?