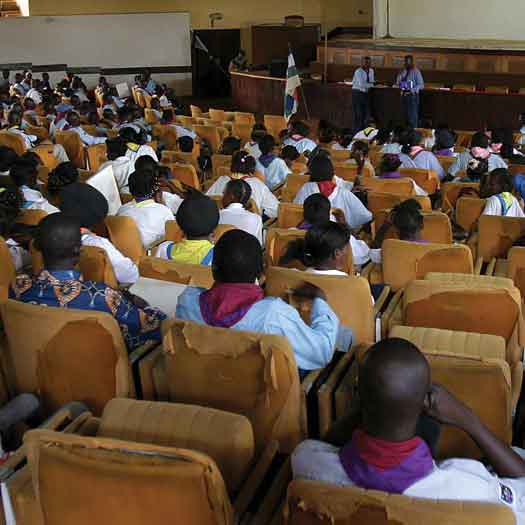 Growing up in the ’80s, I learned more about HIV and AIDS from pop culture than I did in the classroom — but have HIV education efforts really improved much since then?

In 1977, the year I was born, there wasn’t a name for it yet. Many were still calling it the new “gay cancer” or more officially, GRID (gay-related immune deficiency). Then in 1981, gay community leaders, federal bureaucrats and members of the CDC (Centers for Disease Control and Prevention) met in Washington and proposed to change the name of this viral illness, due to evidence that showed the virus was not gay specific. 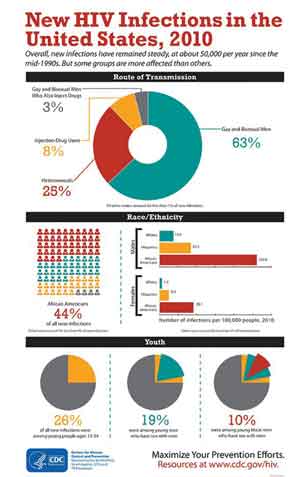 Of course, what I’m referring to is what we now know as human immunodeficiency virus, or HIV. But back in the 1980s, there was an incredible lack of fact-based information about the virus. In fact, the average person knew pretty much nothing about HIV, other than that a lot of gay men were dying from complications of it (or that’s what the media was telling us anyway.)

Over the next decade, I would learn about HIV and AIDS in bits and pieces put forth by popular culture — overhearing television news stories as I played in the living room at my grandparents’ house, or from brief glimpses at my grandma’s tabloids on the kitchen table. “Hollywood Heartthrob Rock Hudson Dies of AIDS,” read one headline, a story, which was also in heavy rotation on the evening news.

Then there were celebrities who began to advocate for those living with the virus, such as Elizabeth Taylor and Princess Diana. Though many celebs have joined the fight since then, the compassion and support these women publicly displayed was — at a time when stigma and misinformation prevailed — an act of bravery. I remember a media frenzy ensuing over the fact that Diana had shook the hand of a young man in the advanced stages of HIV. 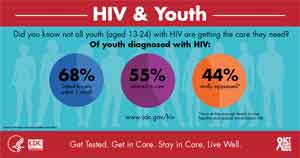 And what about at school? Was there any discussion of HIV or AIDS there? In a word: no. But that was the ’80s. Statistically, kids weren’t acquiring HIV, and stigma and fear around the virus were at all-time highs. No one wanted to talk about it publicly for fear someone might think you “had it.” Perhaps the conversation would expand in the next decade – and fortunately, it did.

In 1991, when beloved pro basketball player Magic Johnson went public with his status, the world was stunned. Johnson was the first prominent non-gay figure (and personal hero to many young people) to come forward as HIV-positive, which sparked a new public desire for facts and real information around the condition. Exactly how did one acquire HIV? What treatments were available? How could transmission be prevented?

In my high school sex education class, I do remember the health teacher (who was also the surf team coach), awkwardly demonstrating on a banana how to put on a condom — but I don’t remember any mention of HIV or AIDS, which by this time was a full-fledged epidemic. The focus in sex ed was more about how not to get pregnant (which I already was at the time, but that’s another story).

One of the first major resources for young people to get information about HIV and AIDS was, oddly enough, MTV. In addition to educational specials about safe sex, the “Music Television” cable channel famously cast Pedro Zamora – an out, HIV-positive activist and educator — in The Real World. Through this new lens of reality TV, we got to know (and love) Zamora intimately, and the charismatic young man quickly became a fan favorite.

Together, we collectively mourned his passing at only 22 years old. In his all-too-brief time on this earth, Zamora was able to make a bigger impact on my generation around this issue than anyone had ever done before, simply by bravely and unapologetically living his truth. He was one of us, or what we hoped to be — an intelligent young person with a bright future — and now he was dead. The tragedy of AIDS had finally hit home with our generation.

As we moved through the ’90s, the conversation around HIV and AIDS did gain momentum. More people were talking about it, and in less hushed voices. “Supermodel of the World” and drag sensation RuPaul kicked off MAC Cosmetics’ Viva Glam AIDS fundraising campaign. Olympic diver Greg Louganis went public about being poz in an interview with Barbara Walters. It seemed that, as a society, we were progressing toward a future of less stigma and more information about HIV.

But somehow, as we moved into the new millennium and beyond, we seemed to have veered off our path to this utopian future and gotten lost in the desert. The conversation around HIV seemed to all but disappear from popular culture. There were no more poz reality stars on TV, no more celebrities coming forward with their status, and still no solid HIV educational programs being implemented in schools.

Not to discredit the countless organizations and advocates that have continued to work tirelessly in the fight against HIV/AIDS over the decades. It wasn’t for lack of desire to keep up the fight, but rather a shift in the political and cultural climate.

In 2001, George W. Bush took the presidential office following eight years of the Clinton administration. Much like how the wave of cold war conservatism had doused the fire of the “Roaring ’20s” and early 1930s, our societal pendulum had once again swung back in the other direction. And it should be noted that Bush has been a significant ally in the global fight against HIV/AIDS. He was instrumental in starting President’s Emergency Plan for AIDS Relief (PEPFAR), an initiative created to help those suffering due to HIV around the world. Regardless, people just seemed no longer interested in talking about HIV.

Today, we are living in a time where we have once again been shaken by political upheaval — though this time advocates seem better prepared for the fight. We are campaigning again, getting the word out there about things like PrEP (pre-exposure prophylaxis) and U=U (undetectable equals untransmittable). Poz people are courageously coming forward again. We are actively and aggressively fighting stigma.

But we still have much to do and plenty of challenges ahead — one of which is reigniting the topic of HIV among the younger generation. In 2015, youths ranging from 13 to 24 years of age accounted for 22 percent of all new HIV diagnoses in the United States (81 percent occurred among gay and bisexual males), according to the CDC. Of the estimated 60,900 youths living with HIV in the United States in 2013, 51 percent were unaware of their status — the highest rate of undiagnosed HIV in any age group.

With statistics like these (which have increased dramatically among this demographic since the 1980s), can we afford to continue putting HIV youth education on the back burner?

A doctor’s journey through the AIDS crisis

New Jersey launches its pilot program for an LGBTQ-inclusive curriculum

The biggest LGBTQ stories of 2020

What is it like to be an LGBTQ business owner in...