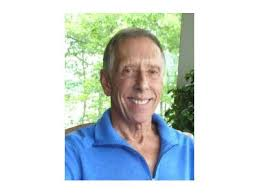 Dare we talk about the s-e-x in homosexuality? Haven’t we all – gay and straight – agreed to leave behind closed doors what happens behind closed doors? Yes, but unless we acknowledge that same-sex couples and single gays are just as loving, complicated, libidinous, sometimes sexual, sometimes not – in other words, just as human and normal — as everyone else, a large swath of our population will remain disgusted with the whole business.

And unfortunately, there are enough folks for whom bigotry is a way of life. Their level of disapproval – and anger – can result in hate crimes. For the last five years that the U.S. government has been tracking hate crimes, they have been diminishing each year overall but increasing in one category: crimes motivated by sexual orientation or gender identity.

Do we need to spell out who puts what where? Certainly not. Sexual expression comes in as many flavors for gay folks as it does for heterosexuals. However, a basic problem is that not just straight people but even many gay men and women don’t have a clue what same-sex couples do sexually, given that we all grew up in a heteronormative culture saturated with only one brand of birds and bees. No wonder a wide swath of straight folks remains squeamish about something that they’re forced to address when they have to think about homosexuality.

Adding fuel to those flames is the all-too-often highly publicized scandal of yet another “straight” celebrity preacher or national politician caught with his closeted pants down in a bathroom, back room of a bar, bathhouse and something of that ilk. A sliver of homosexual behavior? No matter: It sells media.

Here’s widely read Bill O’Reilly referring to flamboyant pride parades with their outlandish gear and almost- naked bodies: “Can you ‘express yourself’ without throwing it in our faces?” He’s got a point. Pride parades set in motion by the Stonewall riot decades ago had real purpose in calling gays to the front and center and calling the attention of straights to reality. Today, most Americans accept gay people. But the exhibitionists flaunting it get the coverage. And the ranting “moral scolds” and “virtuecrats,” as sex columnist Dan Savage calls them, make the noise, as does Dr. Laura, asking, “How could you do that?!” And about AIDS, so many people think, if not say, “You see what happens?”

How to confront the “ick” factor? With the same- sex marriage debate still raging, the sex aspect comes to the surface. Missing the whole point of love and commitment, some people cannot move beyond repulsion. Here’s Frank Bruni, a leading editorialist at The New York Times:

Against God’s wishes. That notion – that argument – is probably the most stubborn barrier to the full acceptance of gay and lesbian Americans, a last bastion and engine of bigotry. It’s what many preachers still thunder. It’s what some politicians still maintain.

What goes through the unstable mind of a thug about to beat up or kill a gay person when he’s empowered by the likes of Justice Antonin Scalia, no less, likening homosexuality to murder? Contemporary popes of the Catholic Church, influencing the moral judgments of millions, don’t budge one iota toward embracing homosexuality. If anything, its prohibition, plus the broader issue of celibacy among priests, have contributed to the church’s problem of abuse of boys (and girls) by priests, which then leads to more slander of all gays as pedophiles. Lech Wa??sa, the Polish Nobel Peace Prize winner, said that gay lawmakers should be sitting in the back rows of Parliament “or even behind a wall.” We’re not talking about the hot- headed, inflammatory rhetoric of many radio personalities. There are revered world leaders who say that homosexuality is just plain wrong.

One need look no further than the tragic suicide of the Rutgers University freshman who jumped off the George Washington Bridge rather than live openly as a gay person to acknowledge the pervasive shame surrounding this contrary sexual orientation. And for some non- gays who label homosexuality “perversion,” their aversion can harden into hatred.

What will it take to get the wider society to emphasize the fundamental, loving connection between two people of the same sex instead of defining us by “the icky stuff”?

Popular openly gay figures, from Ellen and Anderson to Modern Family’s Mitch and Cam, Dick Cheney’s lesbian daughter to Republican Sen. Rob Portman’s gay son, have helped Americans take a quantum leap toward seeing the whole of a gay person. As for two men kissing in Brokeback Mountain, that was caught by a sophisticated slice of moviegoers. In the celebrated and powerful play Bent, two prisoners, two men in a Nazi concentration camp, fall in love while slogging through an inane work detail. They reveal their love and achieve physical lovemaking and orgasm without touching each other or themselves. Who says strictly genital commingling between homosexuals is what defines us? Of course, just a scant few ever saw or will see this play.

It’s going to take time. There are crazies in the shadows who can erupt and slaughter people like Matthew Shepard. They are isolated examples, but they are sanctioned by centuries of prejudice and intolerance embedded in our culture to this day. Homophobia is not even acknowledged on the surface by perfectly nice and well- meaning Americans. Congratulating two daddies kissing on a playground? Now that is a good thing, a step in the right direction that could become commonplace.

Gay people are really no different from everybody else, sex included.

Author Richard Alther was born in New Jersey and now lives in California. His new novel, The Scar Letters, was published in September by Centaur Books.