The “Julio Bashmore Mix” should be considered a dub, with constant loops of the chorus. The BPM is slowed down to a very early-evening vibe, which is almost is not fair to the track. I’ve heard the “Mike Rizzo Funk Generation” mix, which is classic Rizzo fun and upbeat, with a slight retro edge. I’ve also heard the “Papercha$er Remix,” which definitely shows why they are becoming one of the biggest remixers out there. It puts a different spin on the track and gives it a serious dance vibe! No “official” mixes have been released yet, so keep an eye out for “Suit & Tie” taking over the dance floor somewhere soon.

(Speaking of Papercha$er, check out Chaka Khan’s new single “It’s Not Over,” which they did the first remix for. Serious dance floor track! The entire remix package drops soon, so expect a full review next month.) 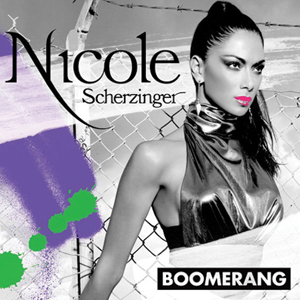 Jason Dottley has given us catchy pop tracks before, from “Pop It” to “Party Round The World” with dance diva Debby Holiday. He’s back after a short hiatus with “It’s Our Night.” All I can say, is Mr. Dottley has grown up! Just like the sound of any pop star changes and grows, Dottley’s has done that and more. “It’s Our Night” creates a totally different sound for him, with one half concentrating on his smooth vocals, and the other on a very experimental electronica sound. The remixes served up for this single give us some heavy hitters in the world of remixing and all of them are definitely dance floor ready. The “Chris Thomas Club Mix” concentrates on Dottley’s vocals during the verses, while throwing some electronic curves into the track. Think somewhat Daft-Punk-esque! The “7th Heaven Club Mix” is predictably, anthem ready. They take a track that serves well as a pop track, and throws it onto the dance floor, creating a true dance gem. Heavy on the drums and cranking up the BPM slightly, they keep it simple throughout the track, with a great build up to the chorus. This one is going to be a spring dance floor filler for sure! (Stay tuned to OutInJersey.net for an interview with Jason Dottley very soon!)

Former “Pussycat Dolls” lead singer Nicole Scherzinger is back with her new single “Boomerang.” “The X Factor” may not have wanted her, but she is determined to stick around on the dance floors! This single has a huge remix package behind it, with the “Cahill Club Mix” being one of the best of the bunch. It keeps a very subtle electronic vibe behind the track, letting the breezy vocals build to a drum-laden chorus. The “Cahill Dub Mix” give you much of the same, concentrating mostly on Scherzinger’s “I’m a boomerang” chorus, with just enough vocals to keep it fun on the dance floor. The Ruff Loaderz also check in with some mixes, which are a nice match for Cahill’s mixes. The “Ruff Loaders Club Mix” is interesting; it sounds like it could be going in a slightly choppy direction, building the chorus in a haze of electronica. They keep the chorus clean and Scherzinger’s vocals sharp, even if they are slightly heavy on the synthesizers. This girl deserves to have some serious dance floor attention! 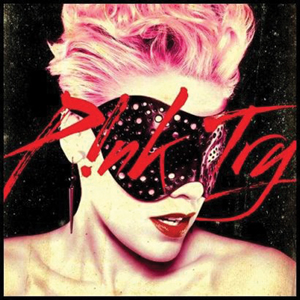 Like her predecessors before her (Traci Lords, Kim Kardashian), Carmen Electra’s newest foray into dance music was anticipated by many to not make much of an impact. With the 80’s tinged “I Like It Loud” Electra is proving us wrong. Yes, the track is heavy on somewhat “talking” the vocals, and some strong doses of auto-tune, but Electra has definitely taken some lessons since her last dance track (the forgettable “Go Go Dancer,” which even with remixes by Junior Vasquez, did not exactly set the dance charts on fire). “I Like It Loud” stays true to what it’s meant to be; a fun dance floor stomping “bitch track,” with shades of Franklin Fuentes and Alan T. The remix packs some heavy hitters, like New Jersey’s own Hector Fonseca leading the pack on the remixes. Fonseca’s “Club Mix” keeps the bitchiness at the highest level with a great chorus, and makes the mix flow seamlessly. The “+3 Remix” gives a different vibe totally to the track, almost turning it into an electronic dub of sorts, making it into a great late night track. “Don’t want to think too much, I like it loud” as the chorus goes to this song; it shows the Carmen Electra definitely put a lot of thought into hitting the dance floors again.

Once again, Pink shows everyone why she is this generation’s Janis Joplin, tossed in with a heavy dose of Donna Summer. Social conscious and dance floor sensibility are prevalent themes on every record, she puts out, and “The Truth About Love” is no exception. “Try” is her second single from this album and it’s, predictably, a smash. An all star remix package definitely helps this track translate from passionate anthem to dance floor stomper. The “Cosmic Dawn Remix” keeps the original heart of the remix, raising the vocals slightly through the verses, then heading into a harder chorus on each verse. The “Mr. Mig Ultimix” slows the track down, closer to it’s original form, but definitely with a rock flair sprinkled throughout the verses, making for a nice change of pace. I would be remiss without mentioning my personal favorite of the package, the “Peter Rauhofer Anthem Mix.” Rauhofer has seen a resurgence of sorts recently, mixing everything from The Gossip to Tori Amos, and his take on this track is vintage Rauhofer. He keeps the verses almost hypnotic, with a constant beat behind them, then tossing the verses around completely before the chorus even is heard. This was perfected during his mix for Britney’s “Gimme More” and this track’s remix is just as amazing. Pink’s lyrics continue to have that lyrical genius, while Rauhofer’s supreme skills behind the boards on this track make it another smash for him.

Summer 2012 is shaping up with great music

The resilience of the LGBTQ community

‘Fairytale’ is a real-ish unreality