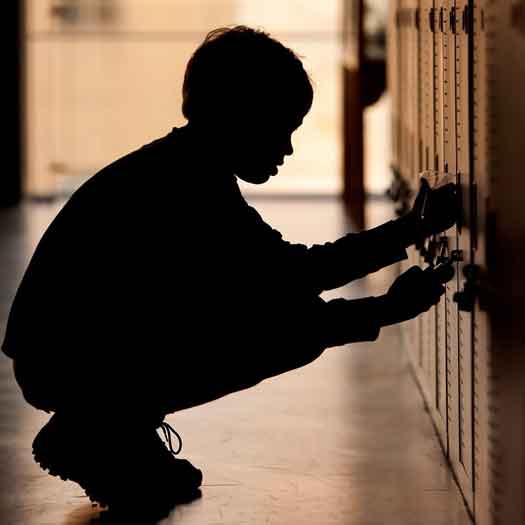 Researchers at The University of Texas at Austin say that transgender adolescents are twice as likely to have suicidal thoughts as the general population, and they are up to four times as likely to engage in substance use. Depression and school-based victimization factored heavily into the disparities in both cases.

The two papers are the first set of studies using representative, population-based data to examine whether bias against transgender youths is associated with higher levels of suicidal thoughts and greater alcohol, cigarette and drug use.

The new research, published last month in the Journal of the American Academy of Child and Adolescent Psychiatry and in the Journal of Adolescent Health, involves researchers from the Mailman School of Public Health at Columbia University. Previous studies have used what is known as community convenience samples to document risks to transgender youths. The new study uses representative data that can be generalized to a statewide population.

“Like all students, transgender youth deserve to be safe and supported at school. We have the first population-based, representative data to document the high risk for suicide and substance abuse among transgender youth,” said Stephen Russell, professor of human development and family sciences at UT Austin. “These results show that reducing depression and victimization for transgender students should significantly reduce their suicide-related risk.”

Studies based on representative and population-based data sets are important because results can be extrapolated to the general population. The current papers used the Biennial California Student Survey of middle and high school students from 2013-2015.  This data set resulted in analysis of more than 25,000 students, including 335 transgender adolescents representing more than 1 percent of the student population.

The two studies found that 34 percent of transgender youths reported suicidal thoughts in a year. That is double that of the 19 percent reported by other adolescents. Transgender youths also had markedly higher levels of substance abuse, even when controlling for other risk factors. Students’ reported experiences of victimization appeared to factor into the higher rates of risky behavior.

When the analyses looked at factors that may account for disparities in substance abuse and suicidal thoughts among transgender youths, both depression and school-based victimization were linked to the disparities seen for transgender youths. Victimization was linked both to suicidal thoughts and to students being younger the first time they tried a variety of substances, such as alcohol, cigarettes and illegal drugs. It also led to higher reports of substance use over the lifetime.

“Findings across multiple studies underscore that transgender youth are at far greater risk of victimization at school than their non-transgender peers,” said Jack Day, a postdoctoral fellow with UT Austin’s Population Research Center. “This study highlights that heightened substance use is a likely consequence of these negative school experiences. School-based interventions that address victimization are needed, along with efforts to train faculty and staff on the unique needs of transgender youth, and provide access to gender-affirming health services.”

“Many studies have shown that transgender youth are among the most vulnerable students in schools,” Russell said. “If we can reduce depression and victimization among transgender youth, we could make a dent in suicide and other risks like high substance use among these children.”

Additional authors include Mark Hatzenbuehler and Amaya Perez-Brumer of Columbia University and Jack Day of UT Austin. The research was funded by the Eunice Kennedy Shriver National Institute of Child Health and Human Development, the Population Research Center at UT Austin and the New Venture Fund. WestEd conducted the surveys in California for the California Department of Education.

The full article is posted in the “Press Releases” section of the UT News website at news.utexas.edu/