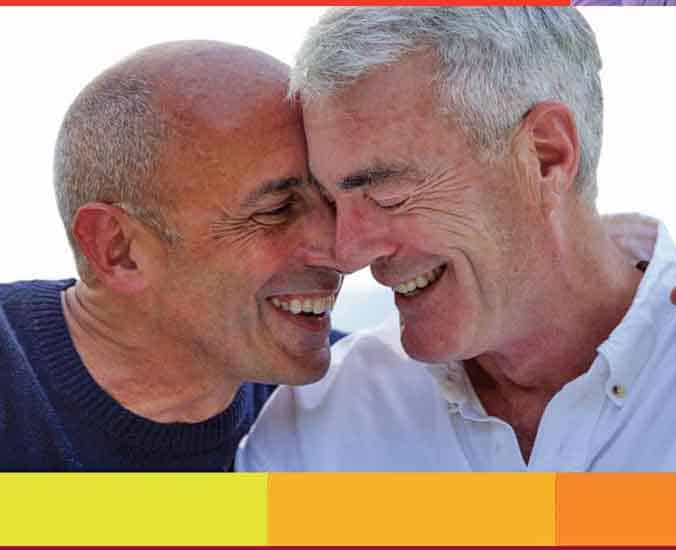 The Respect for Marriage Act will protect the right to same-sex and interracial marriages when it passes the U.S. Senate. “This legislation will guarantee the federal rights, benefits, and obligations of marriage in the federal code, repeal the discriminatory Defense of Marriage Act (DOMA), and affirm that public acts, records, and proceedings should be recognized by all states,” said Henry Berg-Brousseau of the Human Rights Campaign (HRC).

A cloture vote is when at least 60 Senators vote ‘yea’ to overcome a filibuster challenge and to bring a bill to the full Senate to debate on the legislation. The bill was originally passed in the U.S. House of Representatives on July 19, 2022. “The bill passed the House 267-157, garnering 47 Republican votes — further demonstrating that support for marriage equality is widespread and bipartisan,” said Berg-Brousseau.

“Passed in 1996, DOMA discriminated in two important ways,” said Delphine Luneau of the HRC. “First, Section 2 of DOMA purported to allow states to refuse to recognize valid civil marriages of same-sex couples. Second, Section 3 of the law carved all same-sex couples out of federal statutes, regulations, and rulings applicable to all other married people — thereby denying them over 1,100 federal benefits and protections.”

While DOMA has been unenforceable due to two prior U.S. Supreme Court decisions, Windsor v. United States (2013) and Obergefell v. Hodges (2015). DOMA has never been overturned. The RMA would remedy that by not only overturning DOMA but ensure that same-sex marriages are completely recognized by the federal government.

While this is a historic victory for the LGBTQ community and those in interracial relationships, there is still some disagreement with the bill’s text.

“We note, because we must, that the RMA contains several bipartisan compromises and provisions which do not necessarily align with Task Force values,” said Kierra Johnson, the Executive Director for the National LGBTQ Action Fund. Johnson continued that the bill “will write into law the federal government’s refusal to respect polygamous marriages.”

Nonetheless, the bill still enjoins much support and urgency to pass as soon as possible. “As we saw with the recent overturning of Roe v. Wade, our [LGBTQ] struggle for liberation is not built on as solid a foundation as we may have imagined. Justices Alito and Thomas all but set a target on marriage equality,” said Johnson.

This vote comes at the heels of the U.S. Supreme Court’s decision to overturn Roe v. Wade in their Dobbs v. Jackson ruling. Roe v. Wade was a pivotal case that guaranteed a person’s right to choose for abortion. On June 24, 2022 though, the Supreme Court ruled in a 5-4 decision to overturn a precedent spanning multiple decades. CNBC reported that Justice Clarence Thomas, a Republican appointee to the bench, wrote a concurring opinion stating that Obergefell v. Hodges, Lawrence v. Texas (2003), and Griswold v. Connecticut (1965) should each be revisited by the court. He also wrote that those cases “were demonstrably erroneous decisions.”

These cases established, respectively, the right to same-sex marriage, the right to privacy, and the right to contraception. In the wake of Roe v. Wade being overturned and Justice Thomas’ opinion, there is concern by many in the LGBTQ community that same-marriage rights would be taken away.

“Too many are suffering because of the recent overturning of Roe v. Wade, the on-going onslaught of anti-trans and anti-LGBTQ legislation in the states, and the widespread attempts at dismantling our constitutional rights and our very democracy,” noted Johnson.

“Despite differences we may have, we can always discover common ground on laws that support the strengthening of all families,” said Troy Williams, the Executive Director of Equality Utah. “We are thrilled to see that a broad coalition of parties and faiths recognize that every American has a fundamental right to marry, regardless of race or sex,” Williams continued.

“Individuals in same-sex and interracial marriages need and should have the confidence that their marriages are legal. These loving couples should be guaranteed the same rights and freedoms of every other marriage,” as stated in a joint op-ed in the Washington Post from Senators Tammy Baldwin (D-Wisconsin) and Susan Collins (R-Maine).

“This legislation has earned bipartisan support in Congress because it grants same-sex and interracial couples the certainty that they will continue to enjoy the same equal treatment under federal law as all other married couples,” said Senators Baldwin and Collins.

Debate on the RMA has been suspended but will resume on November 28 as explained by Senate Majority Leader Chuck Schumer (D-NY). Once that happens, the bill will move to a full Senate vote and is expected to pass.

2022 has seen at least 32 transgender and gender non-conforming people violently killed in U.S.