Under the Trump administration, a new set of LGBTQ rights and protections are being rolled back. With a major Supreme Court hearing last October, the Trump Administration ramped up its attacks against LGBTQ citizens, with the transgender community being amongst the hardest hit. 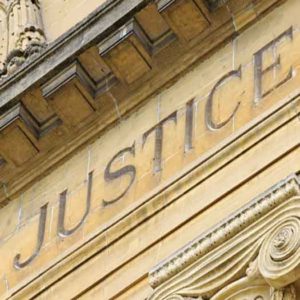 In the span of three days in mid-August, the administration asked the Supreme Court to legalize firing transgender workers, proposed a rule that would allow insurers and health care providers to discriminate against transgender patients, and would allow government contractors to deny LGBTQ employees a job.

In the first case, the Justice Department filed a brief, arguing that Title VII of the Civil Rights Act of 1964 only covers workers from discrimination based on their “biological sex.”

Earlier this year, the Supreme Court agreed to hear three cases on whether or not Title VII, a federal civil rights law that prohibits workplace discrimination, applies to LGBTQ employees. The brief highlights R.G. and G.R. Harris Funeral Homes Inc. vs. the Equal Employment Opportunity Commission, a case where a transgender woman was fired after transitioning. Aimee Stephens, who began her job before her transition, was fired in 2013 by the company’s owner, when she announced she would be transitioning. The U.S. Court of Appeals for the 6th Circuit ruled in Stephens’ favor, saying the firing was discriminatory.

“Discrimination against employees, either because of their failure to conform to sex stereotypes or their transgender and transitioning status, is illegal under Title VII,” the court said. “It is analytically impossible to fire an employee based on that employee’s status as a transgender person without being motivated, at least in part, by the employee’s sex.”

In its arguments, the Justice Department stated that the “ordinary public meaning of ‘sex’ was biological sex” when the Civil Rights Act passed over 50 years ago.

It did not encompass transgender status, which Stephens and the 6th Circuit describe as a disconnect between an individual’s biological sex and gender identity,” DOJ lawyers wrote, “In the particular context of Title VII—legislation originally designed to eliminate employment discrimination against racial and other minorities—it was especially clear that the prohibition on discrimination because of ‘sex’ referred to unequal treatment of men and women in the workplace.”

Though the actions of the Justice Department are specifically targeting transgender citizens, the implications of the outcome of this decision will affect all facets of the LGBTQ community.

“People don’t realize that the stakes are extending not just the trans and LGB communities, but every person who departs from sex stereotypes: Women who want to wear pants in the workplace, men who want more childbearing responsibilities,” Chase Strangio, a staff attorney at the American Civil Liberties Union, said in a statement. “Those protections are also in peril with the arguments advanced by the Trump administration, presented at the Supreme Court. There isn’t a coherent way to carve out LGBTQ people without changing the standard that exists under the law.”

The ACLU is representing Stephens in her suit against her former employer. Other cases the Supreme Court is also looking at are cases of employees fired over sexual orientation. Long Island skydiving instructor Don Zarda was terminated after telling a client he was gay, with the U.S. Court of Appeals for the 2nd Circuit ruling that his firing was discriminatory. However, the 11th Circuit ruled in Bostock vs. Clayton County, Georgia, a case similar to Zarda’s, that Title VII did not protect against sexual orientation discrimination.

Meanwhile, the Trump administration proposed a rule that makes it even more difficult for transgender people to find accessible and inclusive health care. During the Obama administration, the Department of Health and Human Services clarified that discrimination based on gender identity, sex stereotypes, pregnancy, and termination of pregnancy are forms of sex discrimination, forbidden by the Affordable Care Act. It meant that insurers couldn’t deny insurance to someone, raise their rates, or deny coverage of certain types of health care because they’re transgender. Providers also couldn’t turn away or mistreat transgender patients. Three years ago, a federal judge in Texas put some of those protections on hold and the Trump administration didn’t defend them in court.

If federal protections are rolled back, patients will struggle to find insurance to cover basic health care needs, incur expenses traveling to find providers, be mocked or humiliated by medical staff or outright be refused treatment. Only 14 states plus the District of Columbia, have explicit language prohibiting private insurers from discriminating based on gender identity. 20 states plus the District of Columbia ban providers from offering plans that categorically deny coverage for transition-related care. The population that would feel the brunt of this policy will be the transgender community and pregnant women.

In the wake of this announcement, the Human Rights Campaign submitted over 130,000 public comments against the proposal.

“Everyone deserves access to care, and no one should be turned away because of who they are or whom they love,” Alphonso David, president of HRC, said in a statement. “The Trump-Pence administration’s proposal undermines crucial non-discrimination protections for LGBT people provided by the Affordable Care Act and puts LGBT people at greater risk of being denied health care solely based on their sexual orientation or gender identity. We oppose this proposal in the strongest terms.”

Studies have shown that 56% of lesbian, gay, and bisexual people, and 70% of transgender and gender non-conforming people have reported discrimination from health care workers. The offenses range from refusal of care, harsh language, and physical roughness. 23% of transgender people did not see a doctor when they needed to because of fear of how they would be treated. 55% of transgender people who sought coverage for transition-related surgery were flatly denied. The statistics are stark and rather bleak with the protections currently in place.

Another blow to LGBTQ workers was a new policy announced by the U.S. Department of Labor, which would allow U.S. business with federal government contracts to not hire those workers based on religious grounds. The change in policy would allow government contractors—including but not limited to hospitals, universities, corporations—to claim religious exemptions in hiring decisions if they can provide proof of “religious purpose.” According to the ACLU, one in four workers is employed by a government contractor.

“Today’s proposed rule helps to ensure the civil rights of religious employers are protected,” said acting U.S. Secretary of Labor Patrick Pizzella in a statement. “As people of faith with deeply held religious beliefs are making decisions on whether to participate in federal contracting, they deserve clear understanding of their obligations and protections under the law.”

“This proposal guts the executive order without having to take the step of removing it,” said Ian Thompson, a senior legislative representative for the ACLU. “This is about religiously motivated discrimination.”

All of this came about as Donald Trump touted himself an ally to the LGBTQ community after garnering support from the gay political group Log Cabin Republicans. In an interview with the Washington Blade, Trump said, “I just got an award and an endorsement yesterday from the exact group. You saw that? They gave me the endorsement yesterday. I was very honored. It was Log Cabin. The Log Cabin, and I was very honored to receive it. I’ve done very well with that community and some of my biggest supporters are of that community, and I talk to them a lot about it. I think I’ve done really very well with that community, as you know, Peter Thiel and so many others, they’re—they’re with me all the way, and they like the job I’m doing, and I just got a big endorsement from the Log Cabin group.”

Trump ignored a follow-up question pressing him on the actions of himself and his administration in stripping away and rolling back protections for the LGBTQ community.

The Supreme Court heard arguments in October. With the Court made in Trump’s conservative image, there is plenty of skepticism that the decision will not be in favor of the LGBTQ community.

Creep of the Week: Caitlyn Jenner