Transgender people and other gender minorities have long been an invisible group in population- based surveys says a recent report. Due to a lack of data they are also under- represented says the GenIUSS Group.

The Gender Identity in U.S. Surveillance Group, on which GLSEN, the Gay, Lesbian & Straight Education Network, is represented released a report in September that highlights the lack of survey measures to identify transgender and other gender minority respondents in most federally- supported population- based surveys. The survey offers expert recommendations for including sex and gender-related measures in population- based surveys. 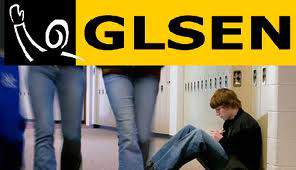 GLSEN has recognized the critical need for data about the specific experiences of transgender youth, parents, and educators. For the past several years, the organization has worked to identify best practices for collecting data about transgender and other gender minority adolescents in survey research.

“Transgender people and other gender minorities have long been an invisible group in population-based surveys, leaving researchers, policymakers, and service providers without crucial information about the backgrounds and needs of transgender people. In particular, the experiences of transgender and gender
minority youth are largely unrepresented in research,” said Emily Greytak, PhD, director of research at GLSEN and coauthor of the section of the report focused on adolescents.

Greytak said that accurate knowledge is essential for ensuring that schools are safe, supportive and provide equal access to education for transgender and gender minority youth”

With the goal of ensuring that all youth are counted and represented in research, the report provides
support to researchers as they collect critical data on transgender and gender minority youth.

The full report is available at www.williamsinstitute.law.ucla.edu/wp-content/uploads/geniuss-report-sep-2014.pdf.