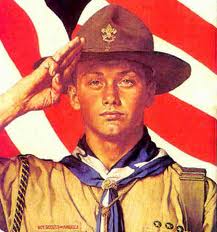 An eight-year-old North Jersey boy was banned from his local Cub Scout pack because he had been born female. Joe Maldonado joined the Secaucus pack, only for his mother to be told he wouldn’t be allowed to participate in pack activities.

Officials from the Northern New Jersey Council of the Boy Scouts claimed that some Cub Scout parents complained about the boy. His transgender status was no secret, as Maldonado has been accepted at his school as a boy.

The Boy Scouts as a whole have taken a lot of flack in recent years due to its ban of gay scouts and scout leaders, which it lifted last year.

A spokesman for the Boy Scouts of America wouldn’t address the issue fully, saying instead, “no youth may be removed from any of our programs on the basis of his or her sexual orientation. Gender identity isn’t related to sexual orientation.”

Late today Garden State Equality stated that another local Cub Scout troop nearby is petitioning the Cub Scouts Regional Council serving Northern New Jersey to allow 8-year-old Joe Maldonado to join its troop. The other troop says it will welcome Joe after he was barred from becoming a cub scout in the Secaucus troop nearer his home.