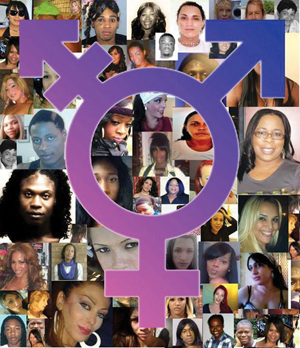 Domestic violence is often regarded as a “silent crime.” Most abuse is not reported or spoken about for a variety of reasons, but it is something that pervades society across all classes, races, and sexual orientations.

The term “domestic violence” encompasses many types of abuse, from the physical to the emotional to the sexual, committed by one person against another in a family or partnership. It is a vicious cycle. In most instances, the violence is used to assert power over another.

One of the groups more susceptible to this type of abuse is the transgender community, which faces discrimination in a multitude of ways. Those struggling with gender identity may find vague or non-existent resources. They may stay in abusive relationships because the abuser provides resources, support, and a measure of stability. Others are abused for not adhering to, or conforming with societal norms of gender roles and identity. For those who escape abuse at home, they may find themselves in abusive relationships with a partner, someone who they thought would give them safety.

Statistics say that every nine seconds a woman is assaulted in the United States. It is a number used to put domestic violence and its pervasiveness into perspective. Sadly, the same crimes against transgender people have very few or vague numbers reported.

Statistics simply do not exist on a national level, with unofficial numbers showing that less than 3% of transgender survivors report the crimes against them. Most transgender people are too afraid to come forward and report the abuse they have suffered. Some of this is fear of further abuse at the hands of authorities or not being believed, but most of it is the fear of being “outed.” This compounds any emotional or physical abuse that may already be going on.

While in recent years the federal government has passed laws protecting the transgender community from discrimination in employment, housing, public places, and schools, not much has changed in society’s general attitude. That attitude keeps a veil of shame and silence over reporting of these crimes. Within the trans community, there is another, growing group at risk for violence: teens and young adults who are just learning who they are and coming into their gender identities.

In April of this year, the Transgender Violence Tracking Portal (TVTP) was created to track such acts against the transgender community. The information is verified based on news and media coverage. Worldwide, only 102 incidents were reported from January 1 to April 30, 2014. Transgender youth accounted for 10% of the reported numbers and the stories are ugly:

– An 18-year old attacked by a mob and survived

These 102 acts of violence against transgendered people are only a microcosm of what happens around the world. In 2004, the International Day Against Homophobia and Transphobia was created to draw attention from lawmakers, leaders, social groups, the media, and the public in general. The TVTP project grew from this, funded initially by a Kickstarter campaign. Transgender and bisexual activist Allison Woolbert got the project started.

“Information is power,” Woolbert wrote on her Kickstarter page. “In order to act, we have to be aware. This is a start at collecting data on violence, both to protect the transgender community in real time, and so that we can all be better informed advocates for change.”

Education is key for awareness. Often, ignorance and miseducation lead to backlash against the transgender community at large. Recently, a Middletown Township, N.J., public school student was permitted to attend school as a girl even though she had ended last school year as a boy. Garden State Equality, along with Lambda Legal and the Central Jersey chapter of the Gay, Lesbian and Straight Education Network (GLSEN), worked with the Middletown Township Public School District to educate faculty and staff in transgender sensitivity training.

Federal laws are in place prohibiting discrimination against transgender people in the workplace, in public spaces, and in schools, but there isn’t much on the books regarding violence. The Violence Against Women Act (VAWA) was signed into law by President Bill Clinton in 1994. It has since been re-authorized and upgraded, most recently by the Obama administration, to be more inclusive of men, same-sex couples, and transgender people.

The Department of Justice has issued strong guidelines for non-discrimination to ensure that everyone receives equal protections regardless of gender, sexuality, race, or creed. The VAWA provides programs and services such as:

– Programs and services for victims with disabilities

There are programs that specialize in offering protection and counseling services to survivors of domestic violence, but few programs are tailored to meet the needs of a transgender population, especially the younger part of that community. In N.J., the Burlington County-based Crossroads gives at-risk youth a safe place to live. Recently, they’ve expanded their program to provide services to Lesbian, Gay, Bisexual, and Transgender at-risk youth. Though they are based in Willingboro, Crossroads works with youth throughout the state, serving an estimated 350 young adults ages 12-21 annually in both residential and community-based programs.

The New York City Gay and Lesbian Anti-Violence Project sponsors the New York State Lesbian, Gay, Bisexual, Transgender, and Queer Domestic Violence Network, known simply as “the Network.” The Network is used to raise awareness and improve response to domestic violence impacting LGBTs throughout the state. The Mazzoni Center is the only health care provider in the Philadelphia region specifically catering to the unique needs of the LGBT community, providing counseling, support and legal services.