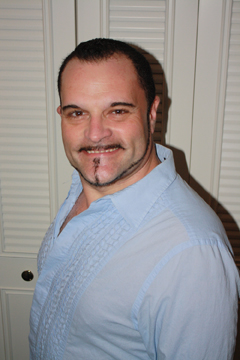 When Sue O’Connell, the publisher and editor of the Boston-based LGBTQ newspaper “Bay Window, which I also write for, penned her piece “Sharing our experience: White gay men and black men have more in common than they think” a firestorm erupted. Evidence of the conflagration was not only seen on the paper’s website but it was also buzzed about around town.

Responses to the piece created a deluge of criticism ranging from thoughtful advice to damning personal attacks. The fury O’Connell’s piece ignited raised for me this query: “Can white LGBTs suggest or give advice to communities of color from their own experiences of discrimination?”

It’s a polemic that has been avoided because of the politics of political correctness as well as how any discussion on race, no matter who’s stirring the conversation—a rabid racist, the president or Attorney General Eric Holder– invariably inflame our emotions more that inform our faculties.

Many communities of color contest that white people- straight or LGBT— show no real vested interest in engaging in this country’s needed dialogue on race. And many whites have confessed their aversion to such a dialogue, stating that while a cultural defense of “white guilt” plays a role in their reticence so too does their cultural fear of “black rage” for inadvertently saying the wrong thing.

What further complicates the dialogue on race is a perceived as well as a real avalanche of attacks coming from communities of color spewing how whites are as unconsciously racist as they are incurably so. This, too, leaves the needed dialogue on race in the balance.

But with the dominate LGBT community’s continued indelicate dance of white privilege and single-issue platforms thwarting efforts for coalition building with communities of color the notion, for some people of color, that white marginalized and struggling groups (white women, LGBT, the poor, to name a few) in this country might have something to offer communities of color in terms of advice and/ or shared (not same) experiences appears absolutely preposterous.

And it is also equally absurd to think that they don’t.

But how, then, do we, as an entire LGBT community, broach our needed dialogue on race?

My answer: past harms need to be redressed.

For example, civil rights struggles in this country, unfortunately, have primarily been understood and demonstrated as tribal and unconnected rather than intersectional and interdependent.

As for our queer community one way to broach our needed dialogue on race is to address white LGBTs appropriating from people of color’s history of struggle and then whitewashing it as solely their own.

Case-in- point, the inspiration and source of an LGBT movement post- Stonewall is an appropriation of a black, brown, trans, and queer liberation narrative and struggle. The Stonewall Riot of June 27 to 29, 1969 in Greenwich Village started on the backs of working- class African- American and Latino queers who patronized that bar. Those brown and black LGBT people are not only absent from the photos of those nights but they also have been bleached from its written history. Many LGBT blacks and Latinos continue to argue that one of the reasons for the gulf between whites and themselves is the fact that the dominant queer community rewrote and continues to control the narrative of Stonewall.

For many years I taught a college- level course titled “Power and Privilege,” exploring how many of our stereotypes about people whom we perceive as being different invades our lives without much conscious deliberation on our part. Issues of race, gender, social class, sexual orientation, age and ability, among others, were considered, and how such distinctions often lead to an inequitable distribution of political power, social well- being, and the resources available to individual members of society.

On the syllabus I laid out the rules regarding classroom interaction:

1. We will address our colleagues in our classroom by name.

2. We will listen to one another— patiently, carefully— assuming that each one of us is always doing the best that s/he can. We will speak thoughtfully. We will speak in the first person.

3. Although our disagreements may be vigorous, they will not be conducted in a win-lose manner. We will take care that all participants are given the opportunity to engage in the conversation.

4. We will own our assumptions, our conclusions, and their implications. We will be open to another’s intellectual growth and change.

5. We cannot be blamed for misinformation we have been taught and have absorbed from our U.S. society and culture, but we will be held responsible for repeating misinformation after we have learned otherwise.

6. We each have an obligation to actively combat stereotypes so that we can begin to eradicate the biases which prevent us from envisioning the well being of us all.

O’Connell blundered in her piece— some on the facts and in thinking the community could have a civil conversation on race.

Author Rev. Irene Monroe may be reached via email at revimonroe@me.com.

When Sue O’Connell, the publisher and editor of the Boston-based LGBTQ newspaper “Bay Window, which I also write for, penned her piece “Sharing our experience: White gay men and black men have more in common than they think” a firestorm erupted. Evidence of the conflagration was not only seen on the paper’s website but it was also buzzed about around town.

Police seek two in beating of transgender woman in Newark