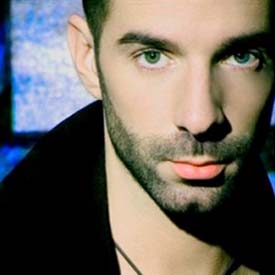 Summer at the Jersey Shore was always something that we all looked forward to. With the events of the past year (namely Hurricane Sandy), many people probably wondered if the LGBT community would be able to pull together and put on a summer to remember for 2013. The answer is a resounding YES!

Atlantic City has been coming back to the forefront as a gay destination, and that is in no small part due to Mark Dahl, Joel Ballesteros, and the gang over at Resorts Casino, and specifically Pro Bar. They have made a name for themselves as a preeminent gay Jersey Shore destination, and are continuing to evolve. This summer, much of the focus at Resorts is the brand-new Margaritaville restaurant that will premiere this summer, along with the new food court. One of the best things about being at Resorts and at Pro Bar is that you never know who you will run into. It may be the local celebutantes like Jason Cozmo (the amazing Dolly Parton in the “Divas Do AC” show at Resorts), or it could be a performer at Pro Bar that night, like Cece Peniston, Pepper Mashay, Ari Gold, or Thea Austin (all who have performed to a packed house at Pro Bar). Recently, reality stars like “Real Housewives of New Jersey” star Kathy Wakile, “Mob Wives” break-out star Big Ang, and “Real Housewives of Beverly Hills” star Kyle Richards have all popped into Pro Bar to see what everyone is talking about.

Georgie’s in Asbury Park, as everyone knows, is the bar where “everybody knows your name.” This summer, they will give the community a little something different (and hot) to do every night of the week. From Tuesday night, with an early pool league and late (and HOT) go-go boys, to Christy’s Classic Drag on Thursdays, there is definitely something for everyone. Since the crowd at Georgie’s loves their karaoke, the gang has decided to give you not one but two nights of karaoke, Wednesday and Saturday nights. Fridays is their live music night, where you never know what band they will get up on their stage, from local (and nationally known) recording artist Josh Zuckerman, to up and coming bands like Mama’s Black Sheep, there is always some great music to hear at Georgie’s on Fridays.

The Tides Hotel in Asbury Park not only gives you a cozy boutique hotel experience, but is also embracing the LGBT community. And they are getting lots of love right back!

While their “RuPaul’s Drag Race” Monday night screenings were always packed, they sadly will end when the season wraps. Tides manager Ryan Jiminez is an Asbury Park local, and definitely knows what the community wants: delicious cocktails, a great atmosphere, and a sense of community. With that being said, the Tides just held its first “Pink Prom,” which was hugely successful. Everyone got dressed in their best and enjoyed an event that Ryan and the staff at the Tides put months of work into. Check out the photos in our Spotted Out pages! Each night of the week, Tides has a full bar. On many evenings, one of Asbury Park’s favorite bartenders, Lisa Clark, is behind the bar. Tides is a great alternative to the hustle and bustle, the noise and the packed boardwalk; it’s a great room for a chill cocktail. While the “Candy Bar” was going to be the newest LGBT club to open in Asbury Park, they’ve sadly decided to go in a “different direction.” (It became pretty clear what direction that would be when the rainbow sign was painted over and the Candy Bar sign was on the ground.) The Tides has quietly taken over as the new small business that supports the community, and the community is loving them right back.
Paradise in Asbury Park will once again outdo themselves this summer, I am sure. The season kicks off on Memorial Day with Shep Pettibone’s Tea Dance, which always packs the place. Tea Dance is almost like the signal that the boys and girls should head to the shore, because it seems like more and more people have been coming to check out

Paradise and them come back again the next year. This season, you can expect big name DJs like Hex Hector spinning during Memorial Day, gorgeous dancers at every turn, and, on Fridays, world class drag shows by Miss Paradise 2013, Empress Vizcaya. Manager Jojo Crisci and Event Coordinator Kelly Martin are working to amp up the energy and make sure the boys and girls are getting exactly what they want. In August, the one and only Latrice Royale will make her debut at Paradise, and New York City legend Sherry Vine will bring us her hilarious dinner show in June. There is also a big name DJ that will be spinning at Paradise this summer—however, the name is “to be announced.” Tuesday nights, Holly Girlington has been holding court at “Bitchy Bingo,” which gets more hilarious as the weeks pass, and Thursday night, Verona Veloure DeMornay brings some Latin spice for the crowds. Summer always brings cameos by our favorite celebrities, with Carson Kressley, “Project Runway” favorite Suede, “RuPaul’s Drag Race” star Jiggly Caliente, and dance diva Kristine W coming to show Paradise some love this season.

Check out these websites and check the Out In Jersey events page all summer long!

Summer at the Jersey Shore was always something that we all looked forward to. With the events of the past year (namely Hurricane Sandy), many people probably wondered if the LGBT community would be able to pull together and put on a summer to remember for 2013. The answer is a resounding YES!