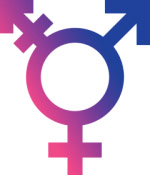 There’s a frenzy surrounding the blockbuster film and book The Hunger Games. But the fan attention around the movie has taken a decidedly different turn from the fervor the book caused. The schism originates from the difference between reading ­— where one’s visual images of characters can be both personal and individual — and watching — where the film’s visual images of characters are a literal representation.

The film script follows the book closely and some of fans are apoplectic. The result is a tweeting tsunami of racist comments focusing on the presence of the few main black characters in the film.

Here are just a few of the racist tweets that have gone viral:

“why does rue have to be black not gonna lie kinda ruined the movie.”

“Kk call me racist but when I found out Rue was black her death wasn’t as sad.”

“why did the producer make all the good characters black.”

“Awkward moment when Rue is some black girl and not the little blonde innocent girl you pictured.”

Sadly, there are more vile tweets, some employing the “n-word,” that have been collected on a Tumblr page called Hunger Games Tweets.

Lionsgate, the distributor of The Hunger Games issued a statement praising fans who spoke out against the racist tweets, saying, “We applaud and support their action.”

Gay rights activist and actor George Hosato Takei who’s best known for his role as Hikaru Sulu, helmsman of the USS Enterprise in the television series Star Trek, responded to these racist tweets stating, “Some fans outraged that blacks cast in Hunger Games roles. Teens killing each other in futuristic arenas, and they care about what color?”

There are several salient themes both in the book and film, but race is not one of them. While I won’t say this dystopic tale is post-racial, the author’s, Suzanne Collins, treatment of race is both honest and nuanced.

In April of 2011, Suzanne Collins told Entertainment Weekly that her characters “…were not particularly intended to be biracial. It is a time period where hundreds of years have passed from now. There’s been a lot of ethnic mixing. But I think I describe them as having dark hair, grey eyes, and sort of olive skin. …But then there are some characters in the book who are more specifically described.” Thresh and Rue. Collins said, “They’re African-American.”

And the characters Rue, Thresh, and Cinna are played in the film by African American actors, Amandla Stenberg, Dayo Okeniyi and Lenny Kravitz, respectively. Whereas Cinna’s skin hue is not mentioned in the book, Rue’s and Thresh’s are both explicitly depicted as having “dark skin.”

In describing the character Rue in the novel Collins writes, “And most hauntingly, a twelve-year-old girl from District 11. She has dark brown skin and eyes, but other than that, she’s very like Prim in size and demeanor.” Prim is the protagonist’s, Katniss Everdeen, sister. I surmise since Prim is white and Rue is being compared to her many fans expected the same, ignoring what’s stated explicitly in the text.

And in describing Thresh Collins writes, “The boy tribute from District 11, Thresh, has the same dark skin as Rue, but the resemblance stops there. He’s one of the giants, probably six and half feet tall and built like an ox. “

Collins could have never imagined this sort of reaction to her non-white characters, yet it highlights resoundingly the lack of cultural and ethnic diversity in children and young adult literature.

Data analyzed by the University of Wisconsin-Madison’s Cooperative Children’s Book Center in 2010 found that only nine per cent of the three thousand four hundred children’s books published that year contained significant cultural or ethnic diversity.

With the paucity of cultural and ethnic diversity in children and young adult literature, white characters and white culture become an expectation and literary norm that is both learned and internalized by white children as well as children of color.

“People very often talk about literacy with words, but there’s such a thing as visual and thematic literacy,” says Deborah Pope, the executive director of the Ezra Jack Keats Foundation, which encourages diversity in kids’ books. “I think some of these young people just didn’t really read the book.”

While I agree with Pope that the fans who unabashedly expressed their racist views either didn’t read the book or didn’t read it carefully the theme and symbol of innocence and love in an inherently corrupt dystopic world affixed to a black 12-year old girl as Collins does with her character Rue in The Hunger Games is neither commonly nor comfortably seen in our world.

Do writers for children and young adult literature have a responsibility to be more explicit when introducing non-white characters in their books?

Or would being more explicit when introducing non-white characters play into a racist assumption that literary characters are white unless otherwise stated?

An easy answer would be to publish, to distribute, and to make part of core curriculum reading authors of color for children and young adults. Otherwise, this outpouring of racist tweets we see with The Hunger Games will merely be the tip of the iceberg.

There’s a frenzy surrounding the blockbuster film and book The Hunger Games. But the fan attention around the movie has taken a decidedly different turn from the fervor the book caused. The schism originates from the difference between reading ­— where one’s visual images of characters can be both personal and individual — and watching — where the film’s visual images of characters are a literal representation.

Legal wrangling, strategy, and all the inherent drama is not this books story

An adventure into the mind of actor Avan Jogia

New Jersey’s got it (or had it)

When discrimination becomes the norm

4 reasons why banning Bachelorette Parties from gay bars is wrong