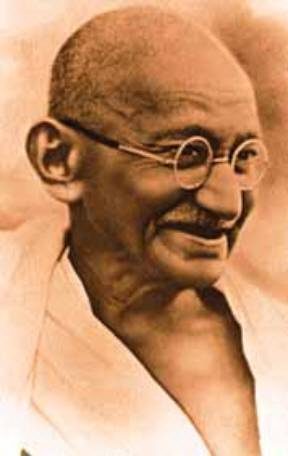 It has been not quite a century since Mohandas Karamchand Gandhi was assassinated in January 1948 at the age of 78 in New Delhi, India. The bevy of hagiographies written about him is now being replaced with truth-telling biographies about the Gandhi nobody knew.

The most recent one is titled Great Soul: Mahatma Gandhi and His Struggle with India by Joseph Lelyveld.

And according to Lelyvard, Gandhi the pacifist was a wife-beater, denied sex to his wife for decades, was purported to be a “celibate” living life as an ascetic, but actually was a pedophile who ritualized sleeping naked with underage girls in order to test “the ferocity of his sexual desires,” and at one point left his wife for a male lover. 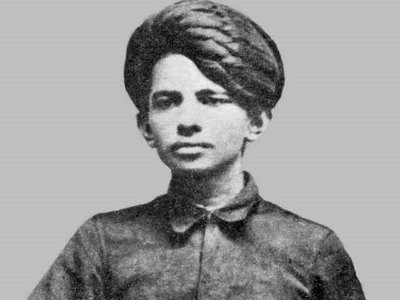 While one would think, at first glance, reading Lelyveld’s shocking revelations about Gandhi, it’s all tabloid fodder for a rapacious audience that diets on sordid tales, Lelyveld, former editor of the New York Times, and a Pulitzer Prize-winning journalist and author, pays meticulous attention to details.

Between 1908 and 1910, Gandhi left his wife to be with wealthy German-Jewish bodybuilder and architect Hermann Kallenbach. But the only evidence Lelyveld gives the reader, suggesting the bonding of the two men was at least homoerotic if not homosexual, is a salacious one-liner where Gandhi allegedly told Kallenback, “How completely you have taken possession of my body. This is slavery with a vengeance.” According to Gandhi’s own wife, Gandhi engaged in heterosexual intercourse, but it repulsed him so much it actually made him physically ill, and he vowed never to attempt it again.

While Gandhi may have been repulsed by heterosexuality he seems to be repulsed, at least publicly, by homosexuality, too. For example, in the 1930s, both Gandhi and Jawaharlal Nehru attempted to erase all traces of the Indian homoerotic tradition from Indian temples as a result of their systematic campaigns of “sexual cleansing.”

The revelation of Gandhi’s alleged bisexuality in Lelyveld’s book is the only positive news in a long laundry list of sexual peccadilloes, bizarre personal habits — like his love for enemas, done twice a day — mind-bending cult practices like “spiritual marriages” with women where sex is purportedly absent, and his unbelievable blatant racist attitudes towards black South Africans.

How did the public get so hoodwinked by the divinity of Gandhi?

The deification of Gandhi intentionally eclipsed Gandhi the real man. Elevated to a 20th century messiah by both European and American Christian clerics and missionaries, who wanted to covert Hindus to Christianity, and elevated to a 20th century Hindu god by Indians, Gandhi’s real life was overlooked and supplanted with a series religious myth. For example, John H. Holmes, a Unitarian pastor from New York, praised Gandhi in his writings and sermons with titles like “Gandhi: The Modern Christ” and “Mahatma Gandhi: The Greatest Man since Jesus Christ.” Krishnalal Shridharni announced that Gandhi was “The seventh reincarnation of Vishnu, Lord Rama.”

Known the world over as Mahatma Gandhi, Sanskrit for “Great Soul,” and as Bapu, Gujarati for “Father,” Gandhi comes to my conscious from the father of this country’s Civil Rights Movement of the 1960s, who was also assassinated: Rev. Dr. Martin Luther King, Jr. And I loved Gandhi because King did.

Gandhi’s pacifist philosophy of “satyagraha,” a Sanskrit term he coined to mean the resistance to oppression through mass civil disobedience firmly rooted in “ahimsa” or absolute non-violence that transforms foes into friends, won India its independence from British colonialism in 1947. Gandhi’s liberation paradigm profoundly informed the socio-political theology of the Civil Rights Movement of the 1960s, giving rise to a black non-violent movement consisting of sit-ins, freedom rides, and marches that shamefully exposed and evidently toppled the South’s Jim Crow ordinances.

As with King, Gandhi, too, became an iconic image in The Movement. However, if King and others knew of Gandhi’s racist views of black South Africans, and knew why Gandhi never met with African Americans civil rights leaders, who were hungry to not only meet the man but to know more about his philosophy of “satyagraha,” Gandhi wouldn’t have been so highly profiled in his public sermons.

But Gandhi was an unabashedly diehard supporter of India’s Hindu caste system, and would never mix with a lowly group or caste, and Lelyveld in Great Soul lays out Gandhi’s unedited views:

“We were then marched off to a prison intended for Kaffirs [offensive term equivalent to the n-word],” Gandhi complained during one of his campaigns for the rights of Indians settled there. “We could understand not being classed with whites, but to be placed on the same level as the Natives seemed too much to put up with. Kaffirs are as a rule uncivilized — the convicts even more so. They are troublesome, very dirty and live like animals.”

In an open letter to the legislature of South Africa’s Natal province, Gandhi wrote of how “the Indian is being dragged down to the position of the raw Kaffir” — someone, he later stated, “whose occupation is hunting and whose sole ambition is to collect a number of cattle to buy a wife, and then pass his life in indolence and nakedness.”

On white Afrikaners and Indians, he wrote: “We believe as much in the purity of races as we think they do.”

In a recent speech at a Virginia high school, President Obama stated that Gandhi was a “real hero of mine,” describing Gandhi as someone with whom he would like to dine. “He is somebody whom I find a lot of inspiration in. He inspired Dr. King.”

It has been not quite a century since Mohandas Karamchand Gandhi was assassinated in January 1948 at the age of 78 in New Delhi, India. The bevy of hagiographies written about him is now being replaced with truth-telling biographies about the Gandhi nobody knew.