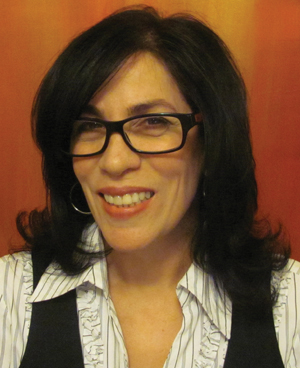 We are, of course, by now used to the very high standard consistently set by the Princeton Festival in all of its performances. Therefore it comes as no surprise that this year’s production – Richard Wagner’s “The Flying Dutchman,” was superb in every respect. From the first magnificent horn notes of the overture, it was clear that the audience was in for a truly world class experience.

Wagner didn’t make it easy. As is often the case in opera, the plot is absurd and the dialog repetitive. However, no one goes to an opera for the storyline. We go for the music and the staging. Regarding the staging, back or front projecting scenery is not a new concept but in this production, designer Mark Pirolo has taken a simple, cost-cutting idea and elevated it to the level of an art form. The sets were brilliant. Keeping in mind that, in the original production of this opera in Dresden, 1843, the stage mechanisms failed miserably and they couldn’t get either the ship or the sea to actually move, I wondered how Pirolo and production designer David Palmer would cope with the necessity of having a full size clipper ship as a center piece – one that can’t just sit there but must enter and leave port. Their solution was outstanding. The projections were so vivid that, when the curtain went up, it was actually several moments before I realized it was a projection. The same is true of the factory walls in the second act. My initial reaction was “wow, what great scene painting – oh wait – they’re projecting!” Combined with the work of lighting designer Norman Coates, one could not hope for more effective production values.

Wagner originally conceived of “Dutchman” as being performed in one long act – but then Wagner was half mad at the best of times. Thank all gods it is today only performed that way at Bayreuth. In writing “Dutchman,” Wagner wanted to move beyond opera as a series of set piece arias and choral pieces imposed upon a story line and create a work in which the music arose naturally from the psychological conflicts of the tale itself. He may well have been dramatizing his own well known sense of doom and depression- a sense of laboring under a never-ending curse that would always frustrate his creative efforts. In the final analysis however, intent and motivation are “whatever.” What counts is what is on stage and the music Wagner composed for this opera is magnificent.

This music was brought to us first by an orchestra that performed according to a standard that would satisfy the most discerning audience. Next, a glorious, 40 member chorus under the direction of Gregory Geehern, looked, acted and sang with a style that would have done justice to the stage of any major house. (special note for the great make-up work on the sailors of the ghost ship.)

Finally we come to the principals and here we had some real treats. Leading the list is the Dutchman himself, Mark Delavan. His house-filling voice and imposing stage presence captivated the audience and brought the role to vivid life. Richard Bernstein as Daland, the father, wisely ignored Wagner’s wish that this role downplay the obvious potential for humor in a broadly written character who happily arranges his daughter’s marriage to a perfect stranger – and one of highly dubious antecedents at that – in return for a chest of treasure. Mr. Bernstein, whose singing was among the best in the production, also brought  a welcome note of comic relief to an otherwise doom-filled scenario. Indra Thomas as Senta the love-struck daughter gave us an endearingly sweet performance. Jason Wickson as Erick ,the jilted boyfriend, Diana Beth Miller as Mary and Alex Richardson as Steuermann complete a cast that was without shortcoming.

Festival Artistic Director Richard Tang Yuk, who also conducted the orchestra merits the fullest expressions of praise for this production and for the festival over-all – a sentiment fully endorsed by the packed house which rose to a standing ovation for this memorable evening of opera at its best.
Keep up with the Princeton Festival at www.princetonfestival.org.

We are, of course, by now used to the very high standard consistently set by the Princeton Festival in all of its performances. Therefore it comes as no surprise that this year’s production – Richard Wagner’s “The Flying Dutchman,” was superb in every respect. From the first magnificent horn notes of the overture, it was clear that the audience was in for a truly world class experience.

A satirical romance beguiles in Madison