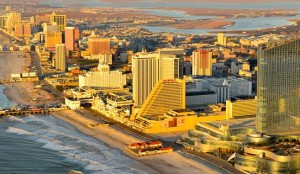 More than 30 years have passed since Bette Midler made her screen debut as a rocker with a self- destructive drug habit. The film, 1979’s The Rose, turned the Hawaii native’s dreams, and her nights performing for half-naked gay men at a New York City bathhouse, into a legendary and undeniably influential career in music— the title song is one of her biggest hits— and in film.

Later roles would include parts in Beaches, Hocus Pocus and The First Wives Club, all of which go down as gay cult classics. A star of the stage, screen and recording studio, with numerous Grammys, Golden Globes and Emmys to her name— even the moniker “The Divine Miss M” doesn’t quite do her justice.

But now that the curtain’s closed on her two-year Las Vegas spectacle— The Showgirl Must Go On wrapped in 2010— she returned this year as a leading lady in her first major picture in more than a decade. In Parental Guidance, the 67-year-old plays a grandparent alongside Billy Crystal, who both try to navigate modern- day parenting conundrums when they’re stuck watching their daughter’s three kids.

In this chat with Midler, she talked about Parental Guidance— including the film’s stance on bullying— and the “bittersweet” beginning of her career.

You share some similarities with your character, Diane Decker, in Parental Guidance. One thing I’d like to believe you don’t have in common with her, though, is when one of the kids dresses up as a girl. You would have let that boy wear those high heels, wouldn’t you have?

Bette Midler:?I haven’t seen it. I wasn’t in that scene.

The part where you and Billy Crystal won’t let the youngest boy go to school in those heels— that wasn’t you?

You would have let him wear those, right?

BM: What are you trying to get at?

That you’re a gay icon. I could see you being okay with him in heels…

BM: I sort of try to avoid encouraging kids to be hustlers.

Bette Midler says, “Everybody doesn’t raise their kids the right way, you know? Sometimes children who are a little bit different are not considered— and they have to be! Everybody has to be considered and treated fairly. It’s just unacceptable.” Here she is in a scene from “Parental Guidance.” Photo by Phil Caruso.

The movie also takes a stand against bullying. It suggests standing up for yourself and fighting back. Is that what you would tell a kid? What would your advice be?

It’s completely unacceptable. It’s a big country and there are so many different kinds of people in this country now— and everybody doesn’t raise their kids the right way, you know? Sometimes children who are a little bit different are not considered— and they have to be! Everybody has to be considered and treated fairly. It’s just unacceptable.

You must’ve appreciated that Parental Guidance spotlighted that issue, right?

BM: Oh, you know, Billy’s a guy with a pretty big heart, and he’s a fair-minded guy and I’m sure that was something he never even thought of not putting in. Of course he’d be a fan of doing the right thing.

Who came up with the singing bits in the film? You and Billy?

BM: It was his idea. We had been singing to the kids to keep them entertained for a week or two. We had a big tornado scare and everyone was in the basement at one time, so we were entertaining the kids. It just sort of happened that we were singing these doo-wop novelty songs, and the kids seemed to like them. They had never heard any of this stuff before, so it just sort of fell into place and seemed like a fun addition to the movie.

Which songs were you singing?

BM: “Get a Job,” “Yakety Yak” and “Poison Ivy”— the old Leiber and Stoller catalog. Both of us are around the same age, so that’s our childhood music. We’re very steeped in it.

It was cool to see Marc Shaiman’s name on the project too, because you’ve worked together before. What was it like having him work on Parental Guidance, as well?

Your career started in the ’70s when you performed with Barry Manilow at the Continental Baths in Manhattan, where you got your nickname “Bathhouse Bette.” Do you have any good stories or memories from those days?

BM: To tell you the truth, it’s in the dim, dark recess of time. I remember I had a wonderful time. I remember I made a great mark. I remember that I had a lot of friends in the gay world. I mean, I remember friends more than I remember instances. Unfortunately, a lot of those people are gone, and I think about them often. They would’ve just been hitting their stride at this point. It’s very bittersweet.

You mention having lots of gay friends then, but I’m sure there’s no shortage of them in your life now.

BM: Of course I have a lot of gay friends. I’m in show business!

Do you still keep in touch with anyone from those bathhouse days?

BM: Actually, most of them have passed. I hear from a couple of people. My old assistant from those days is still in my life, and so is my costumer. We’re still in touch and I see a couple of the girls, The Harlots, from time to time. But honestly, it’s a big, big life and a big world, and people go off on their own and do what they do. Everyone tries to do the best they can.

I will say that in the old days when all of this was all so underground, the excitement in the gay community now about gay marriage and coming above the ground, older people (must) think, “Wow, look how far the gay community has come by sticking together and toughing it out.” You know, gay marriage, being able to adopt children, being part of the mainstream as opposed to always being sub rosa— it must be so fascinating and such a strong validation.

You’ve really seen the evolution of the gay rights movement.

BM: I certainly have.

You were at the forefront of it when you got your start, so where do you think— or where do you hope— the gay movement is headed?

BM: I’m not gay, so it’s kind of hard for me to answer that question. I watch and I’m fascinated and I’m interested. And I’m enthusiastic. I’m all those things. I try to help where I can. I just think it’s just fantastic for the gay community. Just fantastic. And I know they’re happy. I know there’s a lot of joy in the community. I know there are a lot of people who are very, very excited about the change that all this acceptance has given them. I know it’s a real thrill. At the same time, there’s also the part that was exciting because there was nothing that they were allowed to do. There was all this stuff about doing things under the radar that was also exciting in a whole other way. So it’s interesting to watch. Very interesting to watch. And I’m happy for those who are happy. I really am.

Have you heard of this documentary that Malcolm Ingram is working on about the Continental Baths that you performed at? I read that he was trying to get you involved.

Where do you stand on the new wave of gay icons? Do you follow them?

BM: No, I don’t. I have to say I don’t. I think that the gay community has always liked a certain type, and there are plenty of those around. But no, I don’t follow it. I do my work; I keep my head down. I have my family, and I do— it’s all fascinating and it’s all wonderful, and it’s a big river of life and people get on on one bank and wind up in another place. There are new people all the time. Paul Simon said it best when he said, “Every generation throws a hero up the pop charts.” So I’m used to the idea that people come and go, and it’s always fun to watch. It makes life glittery and fun. And that’s what we’re looking for.

But Adele is now considered a gay icon, and I’ve heard you’re a fan of hers.

BM: I do love Adele. I adore Adele. I think she’s a really good singer and a terrific songwriter. Her voice is such a beautiful voice. And she’s funny and she’s warm and she’s all the things you want a performer to be. I mean, outside of who her fanbase is, I think just as a human being she stands out. I’m really happy that she’s around. I’m really happy that she’s made it and that people adore her. She’s going to have a long, long career.

Now that you’ve made your screen return, will we be seeing more of you soon? A new studio album? Maybe a tour?

BM: You know, I’m listening to music. Every day I pick something out of the pot to listen to. I do keep very active with that part—in the songwriting world—and I’m studying the guitar just because I love music. So I’m very interested in music just as an art form, not necessarily to have records or to have hits or anything, just to make music. That’s never left me. I’ve always loved that and I’ve always loved people who are actual musicians. I love the singers and the musicians, too. So I’m always interested in what people have to express and the way in which they choose to express what they have to say. So that part of me—the art part—will never leave. I do keep busy with that.

But you know how much we’d love to hear a new album, right?

BM: Oh, you’re very kind. I’ll do my best to deliver it … before the afternoon is up!

Interviewer Chris Azzopardi is the editor of Q Syndicate, the international LGBT wire service. Reach him via his website at www.chris-azzopardi.com.

More than 30 years have passed since Bette Midler made her screen debut as a rocker with a self- destructive drug habit. The film, 1979’s The Rose, turned the Hawaii native’s dreams, and her nights performing for half-naked gay men at a New York City bathhouse, into a legendary and undeniably influential career in music— the title song is one of her biggest hits— and in film.