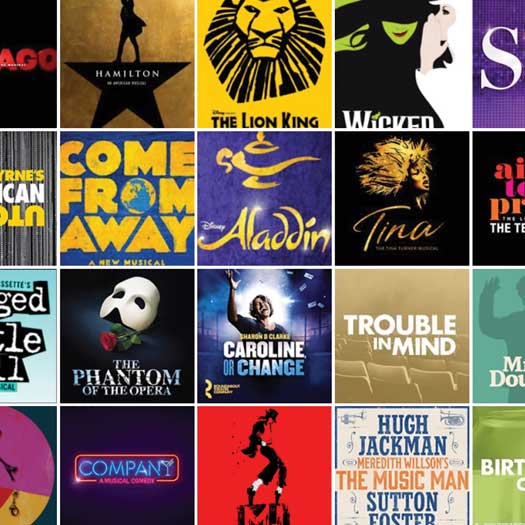 What shows are opening—and when

Normally, I write about shows opening and playing in New Jersey.  But with pandemic restrictions on gatherings being lessened, all theatrical eyes are on Broadway.  The big questions are:  Which shows are coming back?  What new shows are opening?  And when will the theatres open?

The following is an accurate-at-press-time list of Broadway shows by date.  New shows have an asterisk (*) following the titles; all others are returning shows forced to close in March 2020.

Pass Over * (previews have begun; show opens August 22nd and runs thru October 10th).  A play that combines elements of Waiting for Godot and the story of Exodus, set on a city street corner.  At the August Wilson Theatre, 245 W. 52nd Street.

Hadestown (resumes performances September 2nd).  The hit musical retelling of the myth of Orpheus and Eurydice, set to the rhythms of New Orleans.  At the Walter Kerr Theatre, 219 W. 48th Street.

Chicago (resumes performances September 14th).  The long-running revival of the musical about getting away with murder in 1920’s Chicago.  At the Ambassador Theatre, 219 W. 49th Street).

The Lion King (resumes performances September 14th).  The visually stunning musical based on the Disney animated film about a lion cub’s coming of age after his father’s untimely death.  At the Minskoff Theatre, 200 W. 45th Street.

Wicked (resumes performances September 14th).  The long-running musical about the true story behind the witches of the land of Oz.  At the Gershwin Theatre, 222 W. 51st Street.

Lackawanna Blues * (previews begin September 17th; opens October 2nd for a limited engagement).  Ruben Santiago-Hudson stars in a one-man show written and directed by himself, about his childhood in Pennsylvania.  Presented by the Manhattan Theatre Club at the Samuel J. Friedman Theatre, 261 W. 47th Street.

Come from Away (resumes performances September 21st).  The compelling musical about the town of Gander, Newfoundland and how they dealt with the arrival of international flights when airports in the United States were shut down on September 11, 2001.  At the Gerald Schoenfeld Theatre, 236 W. 45th Street.

Is This a Room * (previews begin September 24th; opens October 1st and runs thru January 16th, 2022).  A new play based on a true story of a female FBI employee thrown into custody for being suspected of releasing information on Russian tampering with American elections.  This play runs in repertory with Dana H. (see below).  At the Lyceum Theatre, 149 W. 45th Street.

Moulin Rouge (resumes performances September 24th).  The stage version of the musical story of La Traviata set in 19th Century Paris, based on the movie of the same name.  At the Al Hirshfeld Theatre, 302 W. 45th Street.

The Lehman Trilogy * (previews begin September 25th; opens October 14th).  A story told in three parts in one evening, it follows the careers of the three Lehman brothers, their sons, and their grandsons, and the rise and fall of the financial firm they established.  A hit in London where it was presented by the National Theatre.  At the Nederlander Theatre, 208 W. 41st Street.

Aladdin (resumes performances September 28th).  The musical based on a Disney film about a beggar boy who wins the love of a princess with the help of a lamp and the genie it contains.  At the New Amsterdam Theatre, 214 W. 42nd Street.

Dana H. * (previews begin October 1st; opens October 17th and runs thru January 16th, 2022).  This play is adapted from conversations with the playwright’s mother, a clinical psychologist held hostage for five months in a Florida hotel room.  This play runs in repertory with Is This a Room (see above).  At the Lyceum Theatre, 149 W. 43rd Street.

Thoughts of a Colored Man * (previews begin October 1st; opens October 31st).  The inner lives of seven Black men in Brooklyn during the course of a single day are explored in this new play.  At the John Golden Theatre, 252 W. 45th Street.

To Kill a Mockingbird (resumes performances October 5th).  The hit play adapted from the novel and film about the abuse of justice in the South.  At the Shubert Theatre, 225 W. 44th Street.

Caroline, or Change * (previews begin October 8th; show opens October 27th and runs thru January 9th, 2022).  A revival of the musical, set at the beginning of the civil rights movement of the 60’s, about a maid and her children and friends at a turning point in history.  Presented by the Roundabout Theatre Company at Studio 54, 254 W. 54th Street.

Tina (resumes performances October 8th).  The life of music icon Tina Turner, told through the songs she made famous.  At the Lunt-Fontanne Theatre, 205 W. 46th Street.

Girl from the North Country (resumes performances October 13th).  A musical based on the Bob Dylan album of the same name.  At the Belasco Theatre, 111 W. 44th Street.

Ain’t Too Proud (resumes performances October 16th).  The story of the Temptations as told through their music.  At the Imperial Theatre, 249 W. 45th Street.

Jagged Little Pill (resumes performances October 16th).  A musical based on the album of the same name by Alanis Morissette.  At the Broadhurst Theatre, 235 W. 44th Street.

The Phantom of the Opera (resumes performances October 22nd).  The long running musical hit about a deformed composer who haunts the Paris Opera House and yearns after a young soprano.  At the Majestic Theatre, 245 W. 44th Street.

Trouble in Mind * (previews begin October 29th; show opens November 8th and runs through January 9th, 2022).  A look at racism and identity in the theatre as an experienced Black actress goes through rehearsals for a Broadway show.  Presented by the Roundabout Theatre Company at the American Airlines Theatre, 227 W. 42nd Street.

Flying over Sunset * (previews begin November 11th; show opens December 13th).  A new musical based on the true stories of three people who experimented with LSD in the 1950’s.  Presented by Lincoln Center Theatre at the Vivian Beaumont Theatre, 150 W. 56th Street.

Harry Potter and the Cursed Child (resumes performances November 16th).  The original two-night production has been condensed into a one-night adventure into the world of wizards and magic.  At the Lyric Theatre, 214 W. 43rd Street.

Dear Evan Hanson (resumes performances December 11th).  A musical about the importance of connecting with those about you, even if you are unsure of the results.  At the Music Box Theatre, 239 W. 45th Street.

The Music Man * (previews begin December 20th; show opens February 10, 2022)  A revival of the musical about a con man who promises to give an Iowa town a boy’s band, and the librarian with whom he finds love, starring Hugh Jackman and Sutton Foster.  At the Winter Garden Theatre, 1634 Broadway.

And coming in the new year:  the new musical Paradise Square, set in 1863; a revival of Plaza Suite starring the husband-and-wife team of Matthew Broderick and Sarah Jessica Parker; a revival of the gay-themed baseball play Take Me Out; Debra Messing in the new play Birthday Candles; a Broadway production of the off-Broadway hit How I Learned to Drive reuniting its original cast, Mary-Louise Parker and David Morse; a new political comedy, The Minutes; and a revival of the musical 1776.

“A Child’s Christmas in Wales” is a charming memory play

“A Jolly Holiday” is Disney for adults

“What Doesn’t Kill You” is a one-man delight