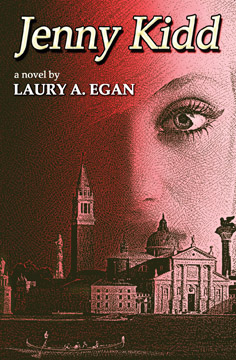 Had Tai Lin been born in the United States, he would have become a doctor or an engineer, or maybe an astronaut. But Lin was born and grew up in Taiwan. Because of that and more, he is now a visual artist.

But don’t expect Lin to talk about how he first became aware of his artistic talent. “It’s never like that,” he comments. “I think it’s more like a diary kind of thing. People write when they feel they have these feelings, [when] they need to express themselves in other ways and not necessarily [share with] other people.”

Instead of words, Lin’s diary is filled with seductive, dark and dramatic drawings. “I feel comfortable drawing,” he explains. “It’s a way to escape the surroundings, the environment, [and] hide in your little world and create this fantasy.”

One can only imagine Tai Lin’s life experiences that have fueled his fantasies and, with that, his artwork. Yet one is hesitant to ask bluntly, in part because the artist subtly hints that he doesn’t necessarily want to talk too much about his life in Taiwan. His artwork— rich and deep, subtle and mysterious, breathtaking in an unexpected way— speaks out

To better relate to the artist’s experience, one has to cross the deep schism between the Western and Eastern cultures. In Asia, people tend to understand subtleties better than they do in the States, while in America they are “more jade,” with an in-your-face kind of attitude. In Asia, everything is more… quiet and requires more adjustment time. “It’s more like tofu,” the artist explains, “not much taste in the beginning, but if you know how to cook it, it can be very delicious.”

Tai Lin’s “Break through” – pastel and acrylic on paper.

In Taiwan, the LGBT movement has made some progress and there’s even talk to legalize same-sex marriages, but people are still conservative, for example, when it comes to one’s appearance. Lin himself wears his hair long and dresses up more “gay-ish,” and as a result he gets “that look” from other people. They don’t say much in words, but sometimes their body language says it all.

“What I went through in Taiwan and my experience there have shaped my artwork,” Lin comments. Yet living in Taiwan allowed the artist to develop a certain kind of sensibility, something that cannot be taught in school, only by life. “It is a very personal kind of thing,” Lin explains.
He came to the States in 2000 and went to school in New York City, where he studied art and oil painting. Then he started to show his work in Manhattan and New Jersey galleries.

While the artist studied oil painting in school, he likes using pastels, which, applied on paper, are like powder that comes in different colors. The process is much faster than oil painting and all the artist has to do is pick the color he needs.

Lin also experiments with a new technique— using black paper to achieve the black-and-white feel. “When you work on black paper, you need to bring the object forward [using] light pastel. Paper is two dimensional, and [you] give it depth.” Lin explains his technique.

The result is a stunning body of work— subtle and dark, sometimes dangerous, others sad, often intriguing, seductive, daring, challenging viewers to visit or revisit their own fantasies and, thus, become part of the artwork.

“Searching for Peace,” for example, from Lin’s Light and Shadow album, was created based on a photo, because, the artist says, “For me, it’s impossible to hire a model sitting on top of a horse riding through the river.” The image portrays an exhausted young man, his fingertips gently tapping the water surface. It evokes a mysterious sadness because viewers cannot quite decipher the man’s face, nor do they know where he’s heading or why. The story told in “Searching for Peace” holds many possibilities and, therefore, it can be quite engaging.

Another image from the Lights and Shadow album is “Northern Lights.” It is a nude, but also it’s a bit mysterious, inviting in a quiet way. “Fade” is yet another stunning example of Lin’s black-and-white artwork, portraying a man rushing into blackness as if daring viewers to take the leap into the unknown with him.

Sometimes the artist adds a touch of color, like in “Couple” or “Golden Pond,” both part of his One album. “I tried adding a little bit of something else [other than black-and-white] and thought gold works because it adds warmth,” he explains.

“Break Through,” from his Dark Side album, symbolizes a “break away from doing the black and white thing,” Lin mentions. In this case, he used color paper and acrylic to paint over then applied pastel for the model on top of it. He played some more with colors and made changes to the background. The fact that some parts of the image seem to be fading away didn’t bother him.

“Pride” is a portrait of a Native American. The model is an artist himself posing for the class in his traditional outfit. “There’s something… there’s pride in it,” Lin adds, “I needed to capture that.”

Lin doesn’t focus on one type of model. Rather he tries to discover what’s most interesting in the model he has to work with, regardless of their looks. The artist can spend two to three weeks with a model. That allows enough time for the artist and model to develop a connection without exchanging too many words. Because of this connection, during class, when students have to draw the same model, they create different portraits of that model. “It has a lot to do with the artists themselves,” Lin explains, “How they see the model, what they see in the model. It can become a very personal connection. You [don’t necessarily] get better work only from the beautiful models. It’s deeper than that. So you want to capture what connects you to that model or his story, and translate it onto the canvas and, this way, convey it to the viewers.”

Creating artwork is one thing. Choosing titles for his artwork can be a headache. Lin often titles through objects present in the image as a way of identifying the piece. Sometimes he uses models’ names or initials. “I try not to be direct,” he comments. “Titles imply what you want viewers to think about your work. You just lead them into [a general] direction and [let] them make their own mind. I leave space for [them] to complete the story. It’s more engaging this way.”

Lin has been creating seductively rich homoerotic artwork but he is opening up to showing other works. “It means a lot to me to explore different ideas like the contrast between life and death, love and sadness, not necessarily just pretty boys and pretty girls.”

Meanwhile, Lin’s artwork is part of a show called Naked in New Hope, that opened last month at the Sidetracks Gallery in New Hope, Pennsylvania. In October, a few of his art pieces will be part of a group show hosted by Leslie-Lohman gallery in New York City.

As for future plans, Tai Lin hopes that one day he’ll show at the Met. “I think most artists are dreaming about this, to have a big break,” he comments. “But a lot of [times], artists have to work their way up there. Meanwhile we do what we do, and see what happens.”

Had Tai Lin been born in the United States, he would have become a doctor or an engineer, or maybe an astronaut. But Lin was born and grew up in Taiwan. Because of that and more, he is now a visual artist.

But don’t expect Lin to talk about how he first became aware of his artistic talent. “It’s never like that,” he comments. “I think it’s more like a diary kind of thing. People write when they feel they have these feelings, [when] they need to express themselves in other ways and not necessarily [share with] other people.”

“Strength as a woman is divine” — Armisey Smith

The Zen of colors

“Why I paint…,” Artist David Meadow

Avram Finkelstein talks about HIV, art, activism, and the pandemic