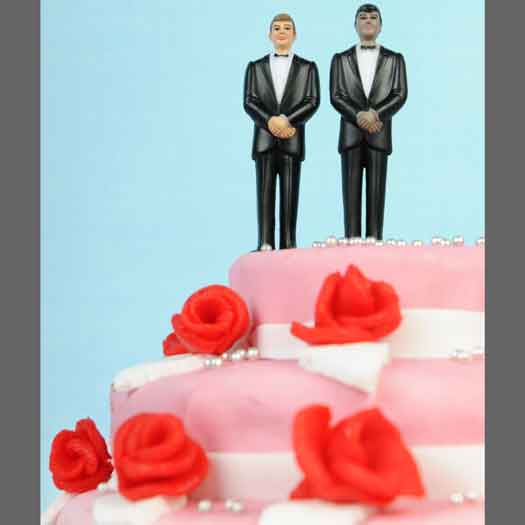 The Supreme Court of the United States has ruled in favor of a Colorado baker who declined making a gay wedding cake case for a couple because of his religious beliefs. The initial ruling at the state level was against Masterpiece Cake Shop, citing Colorado anti-discrimination laws.

In 2012, David Mullins and Charlie Craig were denied a cake for their upcoming wedding by Jack Phillips, who refused on the grounds that their marriage violated his religious beliefs as a Christian. In its decision, the Supreme Court, in a 7-2 decision, said the Colorado Civil Rights Commission showed hostility towards Phillips’ religious beliefs, therefore violating his First Amendment rights. Though the Supreme Court vote was overwhelming, it is considered a narrow ruling because of the precedent its ruling sets.

The decision did not issue anything definitive on how people can seek exemptions to anti-discrimination laws based on their religious views and beliefs. It also did not address whether or not something like a wedding cake is an artistic act that can be protected by the freedom of speech. The decision was written by Justice Anthony Kennedy, who also authored the 2015 decision legalizing same-sex marriage across all 50 states. Though the ruling did not address discrimination against LGBT people, Kennedy did stress the importance of equal rights.

Courts decision was very limited in its scope

“This 7-2 ruling is narrow and is not a wide-ranging decision on religious liberty. Arguments against our basic civil rights protections were not factored into the case, as that could have led to a damaging ripple-effect in other instances of discriminatory acts. In fact, an important take-away is the majority of U.S. Supreme Court reinforced that ‘society has come to the recognition that gay persons and gay couples cannot be treated as social outcasts or as inferior in dignity and worth. For that reason the laws and the Constitution can, and in some instances must, protect them in the exercise of their civil rights. The exercise of their freedom on terms equal to others must be given great weight and respect by the courts.’

“The Court added that ‘disputes must be resolved with tolerance, without undue disrespect to sincere religious beliefs, and without subjecting gay persons to indignities when they seek goods and services in an open market.’

“Our disappointment with the result today is tempered by the fact that the Court again held that gay men and lesbians are entitled to full equality before the law. The highest court in our land stepped in and made clear bigotry, religious or otherwise, has no place in this country. Today does not represent the end of this fight, but merely a continuation. We have no doubt though that when this fight ends, justice and equality will be the final result.”

“The commission’s hostility was inconsistent with the First Amendment’s guarantee that our laws be applied in a manner that is neutral toward religion,” Kennedy wrote. “Our society has come to the recognition that gay persons and gay couples cannot be treated as social outcasts or as inferior in dignity and worth. The outcome of cases like this in other circumstances must await further elaboration in the courts, all in the context of recognizing that these disputes must be resolved with tolerance, without undue disrespect to sincere religious beliefs, and without subjecting gay persons to indignities when they seek goods and services in an open market.”

Louise Melling, who represented Mullins and Craig on behalf of the American Civil Liberties Union, did support the Supreme Court’s affirmation that businesses working with the public must serve everyone.

“The court reversed the Masterpiece Cakeshop decision based on concerns unique to the case. But the decision reaffirmed its longstanding rule that states can prevent the harms of discrimination in the marketplace, including against LGBT people,” Melling said.

The decision can be read here.

Creep Of The Week: Joseph Epstein