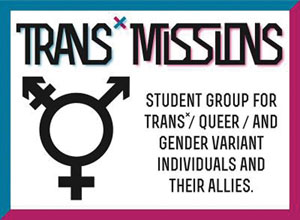 Late last year, when Jermaine Clark began to plan and assemble models and photographic equipment for his premier exhibition, little did he know that there would soon be two events on the national stage: Trayvon Martin’s shooting death with the attendant examination of what it means to be Black and male in the USA, and the Black Men’s exhibition at NYC’s Brooklyn Museum.

Then on Saturday April 7th, Clark presented close to forty images of Black men in his life: gay, straight, or bisexual, in what the Hudson Pride Connections Center in Jersey City, better known as Jersey Pride Center on Jones Street, billed as the third exhibition in its refurbished gallery space. More than 75 people gathered at the opening reception to view the images and to participate in bidding for two pieces in the silent auction. Portions from the sale of images and from the auction went to the Center and to the Center’s AIDS Walk fund, respectively.

The images, mounted on the walls encircling the gallery space, captured in color the interplay and juxtaposition of light and mood. Each showed the facial expressions and body postures of the models reflecting different states of Black men. Some, dressed in black appeared somber, even melancholy, others captured their pensiveness, their determination, and a few, their mirth at something remembered.

“This exhibition is an evolution. When I was in my 20s, I wanted to do an exhibition to express my emotions through other people. At the time, I was struggling with my sexuality, with my Blackness, with figuring out my future and how to get it all to work together. Then, I felt it was all negative, because at the time and for many years, I was going through a lot of issues. Now, there is positive-ness in my life and I want to show Black men in that light,” says Clark.

Against the stereotypes of Black men as drug users, lazy, “jail birds,” uneducated, irresponsible, and not anything much the world expects to see, through his images, Clark is attempting to strip away the perceptions surrounding Black men and cast the models in nondescript blacks, whites, and greys, which while revealing nothing of their individual sexual orientation, reduces them to some degree of sameness.

The frameless images capture Clark’s vision, “It is about seeing us and letting us fulfill our potential instead of allowing ourselves to be put or putting ourselves in boxes, limiting us. I’m saying that Black men are saying, ‘Don’t judge me by my looks, get to know me, figure me out to see if I’d be the person who would rob you or [who would] help you with your investments.’ You can’t judge me by what you see I wear; give me a chance.”

While the models are as young as nine-years old to 55-years old, with the average between 20 and 45, there are many different shades of Black, from the very light skin with natural blond hair to the dark, deep chocolate brown. The age extremes are significant: that as a community while looking out for and supporting the nine-year old as he comes into his masculinity, it is also respecting and learning from the 55-year old; each representing a point along the age spectrum of states of maturity.

A model for the exhibition, 26-year-old DeeAngelo Scott, a fashion designer from Detroit, Michigan who now lives in Harlem, and who worked closely with Clark as he put the exhibition together, says that he was called on to help provide opinions on clips from the many photo shoots, “working with Jermaine is an experience. With each model he seems to pick up on some aspect of the person, which he then shows in the image.”

Hudson Pride’s interim executive director Jonathan Paul Lucas who posed for Clark said that the exhibition and his appearance are significant, “As an agency, Hudson Pride has been viewed more as an HIV center. We’re a community center and with our recent space renovations, we have been trying to diversify. When Jermaine approached us about exhibiting, we realized that it is a perfect opportunity to do something different. We are aware that many people across the state have already expressed interest in the exhibition and want to take it on the road.”

While the Center is involved in providing young people with an occasion to showcase their work and talent as one which advances the organization in the community, Lucas says, the recent formation of a group for older Black gay men addresses an area of concern.

As a model, Lucas says his appearance in the exhibition is his version of coming out, his growing up, “I’ve been more of an introvert and as I’m getting older I thought to do it as a fun, spontaneous side. Out of the several shots Jermaine took, two showed different sides of me and I’m proud of them. As a Black man in my 50s, I think it’s important to represent, to show young people that we’re here and still viable.”

Another model, Rodney Peoples, 41, who lives in Newark and is a human resources generalist, says, that while he is honored to participate in the exhibition as it makes him feel part of the community, for him it is “a representation of pride and strength. I feel like I’m assisting in making a difference in showing Black men in a positive light.”

Clark says that while he hopes a museum or gallery picks up his work, he’d like to start his own studio and to volunteer, “For me it is about survival and giving back to the community. I hope with this show, that people open their minds to see more of Black people. My main goal of this project, and I believe I have achieved it through the images, is to break as many social stereotypes as possible and help as many young Black men see they have potential; that they don’t have to depend on someone else to define or tell them what they are capable of. It’s not about money; it’s about becoming the best person he can be.”

The exhibition, “Black Men of the World” was at the Hudson Pride Connections Center in April and May of 2012.

Late last year, when Jermaine Clark began to plan and assemble models and photographic equipment for his premier exhibition, little did he know that there would soon be two events on the national stage: Trayvon Martin’s shooting death with the attendant examination of what it means to be Black and male in the USA, and the Black Men’s exhibition at NYC’s Brooklyn Museum.

Is hypermasculinity the “new drag” of Black Men?