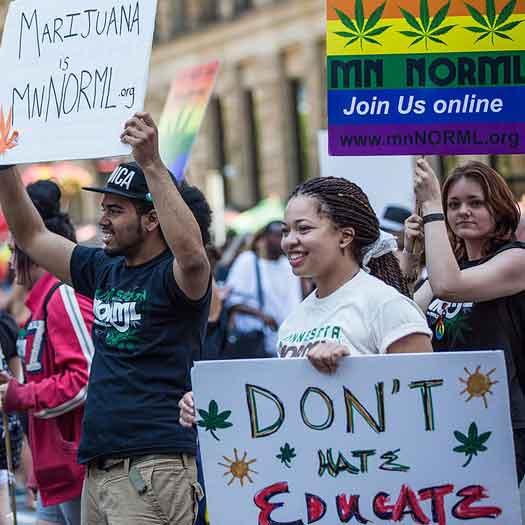 Senator Shirley Turner, though a liberal Democrat, cannot be said to have been a leader in progressive causes. She was, for example, slow to embrace the idea of same-sex marriage, no doubt fearing the reaction of the “church ladies.” Turner did not endorse the concept until she basically had no other political choice.

Likewise, Senator Turner is regressive regarding legalization of marijuana. In a recent email (Dec. 4, 2017) response to messages asking her to support full legalization she sent out a reply indicating that, not to put too fine a point on it, she doesn’t know what she is talking about.

First, Senator Turner acknowledged the “devastating repercussions of the War on Drugs.” That was a good start, but one without much substance when she goes on to refuse support for legalization.

You can’t have it both ways. You simply cannot wring your hands in anguish over the “devastation” caused by the drug laws while going on to placidly advocate only the mildest and weakest reform. The senator writes that she supports “decriminalization of small amounts for personal use.”  Let’s be perfectly clear about decriminalization — it’s a hoax — a sop thrown to reformers to make people think the “problem” has been responsibly dealt with. New York’s experiment with decriminalization is the perfect example. In 1977, New York decriminalized possession of 25 grams or less of marijuana, to an infraction with a $100 fine. However, possession in public view remained a misdemeanor, and it quickly became perfectly obvious that this was used as a loophole to maximize unfair and arbitrary arrests. 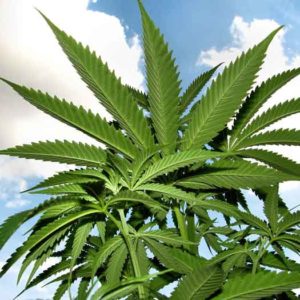 A New York Times editorial noted in 2012: Marijuana arrests declined after passage of the 1977 law, but that changed in the 1990s. Between 1997 and 2010, the city arrested 525,000 people for low-level, public-view possession, according to a legislative finding. Fully justified community outrage resulted over the fact that more than 80 percent of those arrested in the city are black and Latino, despite substantial data showing that whites are more likely to use the drug

Over half a million people were arrested under the “decriminalization” law! That is hardly what one would call a landmark of liberalization. The rubric “decriminalize small amounts” is merely a clever way of saying “it’s still illegal and we WILL find ways to bust you for it.”

Even if it was an honest reform (which it is not) there is the question of just where this decriminalized small amount is supposed to come from. Since growing or dealing in the substance would still be a felony, obtaining that small amount would necessitate participation in a serious crime.

As the shameful performance of the New York City Police Department conclusively proved, the decriminalization law served mainly as a way for officers to jack up their arrest records by inducing ignorant kids to empty their pockets, then arresting them for “public possession.” So much for protecting and serving! Not only did this foolish law damage countless young lives, it served as a major contributor to the serious loss of trust in the police by minority communities.

Next in her message, Senator Turner brings up the opioid epidemic and says “I question the impact of legalizing additional mind altering, and habit forming drugs…”  Well sure — so would I. Who needs more addictive crap on the streets?

However, by including marijuana in that category, the Senator betrays a woeful ignorance of the scientific data — of which there is a mountain. Every serious study that has ever been done on this subject, going all the way back to the truly massive and encyclopedic grand daddy of them all, the Indian Hemp Commission Report, a seven-volume monster compiled by the British Colonial Government in India in 1893, has come to the same conclusion; marijuana is not addictive, and is not harmful. It is not a “gateway” and it is not “mind altering.” It is a mood enhancer, which is entirely different from the physiological mind alteration produced by opioids, LSD and the like.

It would seem that Senator Turner needs to have a “come to Jesus” meeting with her staff about doing proper research before composing emails that ignore scientific research. It isn’t hard to do.

Let me clue in her staff, right now, by mentioning an Internet tool called “Google.” It will turn up all the research in mere seconds. All you have to do is… ask. Even that 7-volume monster is online. Staff, go for it! Bring the Senator up to date. It’s embarrassing in blue state New Jersey to have an important elected official so far behind the curve.

Senator Turner showed yet more reluctance to deal with facts when she wrote, “I do not believe we have seen enough evidence of the benefits from the states that are currently working through the early stages of legalization…” WHAT?!? One must inquire if the Senator reads the newspapers.

Marijuana taxes earned Colorado a total of $506,143,635 as of May 31, 2017, or an average of about $12.65 million a month ever since the state began recreational weed sales at the start of 2014, according to Colorado Department of Revenue statistics. That certainly seems like a whole lot of benefit to me. The odd half a billion dollars or so could plug quite a few gaps in New Jersey’s seriously stressed budget. And let’s add to that the considerably saving derived from not arresting and incarcerating people for possession of a harmless plant. To that savings let’s also add the general economic benefit of not saddling part of the work force with a disabling criminal record.

The list of obvious benefits goes on and on. If the Senator can’t see the benefits, she needs a new pair of glasses.

Finally, there is the basic fact that the senator has been elected to enact, the will of the people, and that will has been made abundantly clear in poll after poll — legalize — no half measures — just legalize. Period.

Get on the bus senator, if you want to keep our votes. You don’t need to drive the bus, any more than you drove the bus for marriage equality, but you really do need to climb on and take a seat.

Toby Grace is the Editor Emeritus of Out In Jersey magazine.