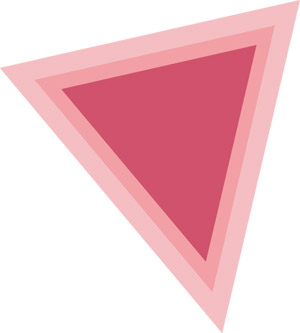 In a Michigan high school, a bully clipped some kid’s hair because the bully thought the guy looked “too gay.” The boy was being held down, and he was crying. That bully was Mitt Romney.

As you are most undoubtedly aware, it’s an election year. So, let’s get real here, girl-to-girl. LGBTs who vote Republican in the coming presidential election are either selfish, delusional or both. A vote for Mitt Romney is a clear vote against LGBT rights. Let’s break it down.

The delusional voters are the easiest to understand. They think that a Republican leadership that has repeatedly denounced LGBTs will be so busy fixing up the place that they’ll forget all about those empty promises to burn us at the stake.

The selfish voters are harder to understand. They believe Romney will make them money – that’s all that matters. They pretend that homeless and poor LGBTs can fend for themselves. Love Thy Neighbor is a rule to be used between gated community members (unless their landscaping service dumps grass clippings on your lawn). With enough money, what does it matter if the government treats you as a second-class citizen? You can just go on vacation and wait for a regime change.

Having won the GOP nomination, Romney is backing away from anti-LGBT rhetoric as he appeals to moderates. Concurrently, he’s clarifying his resistance to specific issues related to LGBT equality…but in a nice voice. There is no way a GOP leadership that is hell-bent on bringing the United States backward in time will allow Romney any leeway in their attempt to make this nation an LGBT-hating empire. Romney wants your money and won’t be giving you any rights in return.

President Obama repealed Don’t Ask, Don’t Tell. His executive order forced hospitals to recognize same-gender couples. Obama has (finally) come out for marriage equality. A vote for Obama is a clear vote for LGBT equality (or at least, not against it).

While everyone makes mistakes when they’re young, not everyone commits a hate crime.

In a Michigan high school, a bully clipped some kid’s hair because the bully thought the guy looked “too gay.” The boy was being held down, and he was crying. That bully was Mitt Romney.

Here’s the chance to take back your power