His desire was to have “all things male,” and his goal was to represent grandeur in LGBT communities. His vehicle was uninhibited, unfiltered, pornography, pursuing only excellence in his work. Seed Money: The Legend Behind Falcon Studios is the documentary DVD story of Chuck Holmes, a pornographer with a beating heart for activism and freedom. While exploring Holmes’ love life, his bouts of significant drug and alcohol abuse, his diagnosis of AIDS, and his great success, Breaking Glass Pictures brings to life the journey of a man who struggled to reconcile freedom with significant insecurity. 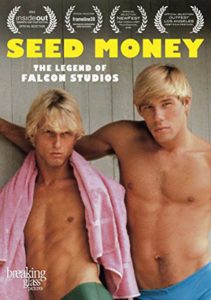 While professionally unconventional, Holmes’ use of gay pornography shaped LGBT culture in a way that still leaves its mark on the culture of today. Director, Mike Stabile, does an outstanding job of taking what one might consider the immoral, or the perverse, and creating artwork with a refreshing, tasteful approach on the life of Holmes. 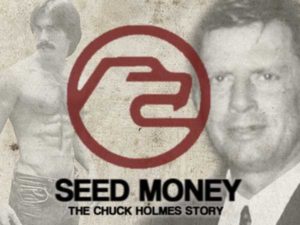 From his intense struggles to his impressive political influence, Holmes’ acted as an advocate at the frontline of progress, or further, toward the ongoing run towards LGBT equality.

Seed Money: The Legend Behind Falcon Studios encapsulates a desire for freedom. In the light of our recent Presidential election, with full equality questioned, this documentary reminded me that we have yet to fully arrive as a community with all-inclusive rights. In its representation of gay culture then and now, the documentary encouraged me. We have made great strides as gays and lesbians, transgender folks and more, but that there is still much work to be done.

This documentary from Breaking Glass Pictures reminds me that whether it comes from word, or deed, or the fiery expression of intimacy between men, being in the arms of the LGBT community is a charge to move forward and to pursue the love. I’ll stand tall for that, and I suspect that other viewers will too once exposed to the unique life of Chuck Holmes.

“Wild About Harry” reminds LGBTQ community about the struggle for acceptance