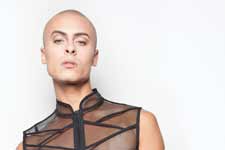 Michael Griffin a teacher in a Philadelphia Catholic High School was fired on Friday Dec. 6. He says it was just after he applied for a New Jersey marriage license. Michael Griffin says Holy Ghost Preparatory School administrators said his obtaining a marriage license to marry his same- sex partner was a violation of his teaching contract.

Father James McCloskey, the school’s headmaster, said in a statement to NBC-10 TV in Philadelphia that faculty at the school are required to follow church teachings.

McCloskey said  that Griffin’s decision “contradicts the terms of his teaching contract at our school, which requires all faculty and staff to follow the teachings of the Church as a condition of their employment. In discussion with Mr. Griffin, he acknowledged that he was aware of this provision, yet he said that he intended to go ahead with the ceremony.”

Regretfully, we informed Mr. Griffin that we have no choice but to terminate his contract effective immediately,” said McCloskey to Philadelphia’s NBC-10 TV.

What Pope Francis has known about gay priests

The Godfather of LGBT marriage equality

To anyone who blames Hurricane Sandy on Gays

Creep of the Week: Tiffany Trump