Fiction writers have long played with the plot device of an insane president, but never did we think it might actually happen. Yet once again we see the merit of the old saying “truth is stranger than fiction.” The matter of the president’s sanity is one that can and must be seriously debated. While he may not be actually frothing at the mouth and clawing at the walls, he is clearly and obviously no paragon of logical and fact based thinking. 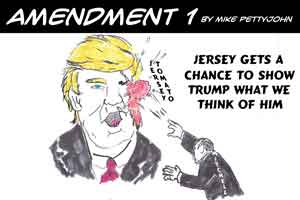 What is not open to debate is his woeful ignorance. Outside of his narrow specialty of real estate hucksterism, the man quite literally knows nothing — nothing at all. His abysmal ignorance of history has been repeatedly demonstrated, and is a frightening condition in a person who must make policy decisions regarding regions and issues that are deeply rooted in history. There are plenty of people in the highest levels of government — diplomats, generals, admirals, and even politicians – who know a great deal about history, but the president ignores them, preferring to rule by way of his own fact less and momentary inspirations, tweeted out while sitting on the toilet at 3am.

Make no mistake—our nation is in serious trouble — perhaps more serious than at any time in our history. You may refer to the Civil War or World War II and as,k “more so than in those terrible struggles?” I reply, “yes!” Even in those dark days we at least had leaders who were knowledgeable and sane. Now we have a man whose finger is on the button of nuclear disaster, and who has the mentality of a school yard bully, an education level well below that needed to pass a high school history exam, and an intelligence quotient exceeded by my cat. If we do not end in utter catastrophe before he is out of office, it will only be because some benevolent gods are protecting us. 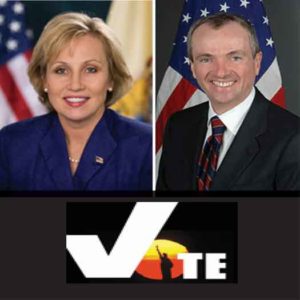 Of course, it may well be that our president is the gods’ idea of a joke — imposed upon us to make the saga more interesting as they look down from Olympus and laugh.

I’m afraid we can’t rely on the gods to save us. We have to do what we can ourselves. Right now, the most important thing we can do is send a clear message to Washington by electing democrats in our upcoming election. Most especially, we must elect Phil Murphy as governor. Not only is he a highly qualified, progressive candidate and a strong supporter of the LGBT community, well worth our votes for those reasons alone, his election will send a clear message to politicians in Washington of both parties that we reject the politics of racism, transphobia, climate denial, irrational fear of immigrants and white, Christian (so called) supremacy that distinguish the present White House and its supporters. Note that the “so called” is in place because there is little or nothing about the militant, far right hate groups that have co-opted the name “Christian” that Jesus Christ would in any way recognize.

Our votes won’t change the president. Nothing will do that. They will however, send a clear message to many other politicians that it is time to jump ship.

We need to elect Phil Murphy both for the good government he can bring to New Jersey after years of putting up with an arrogant, absentee bully as governor, and also for the national message it will send.

Above all, do not fail to get out and VOTE.