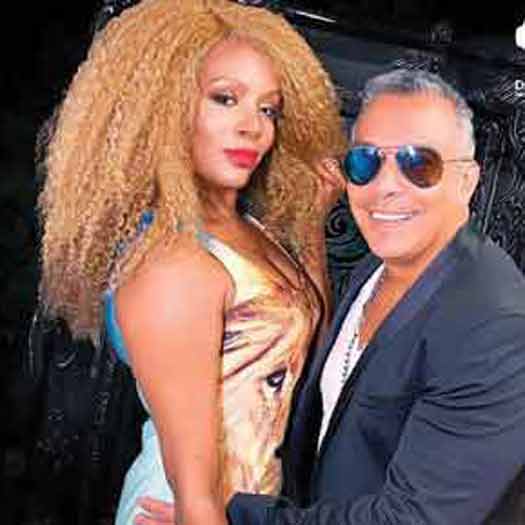 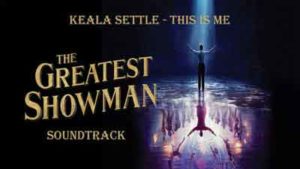 Keala Settle tearing through “This Is Me” from The Greatest Showman was one of the most stellar moments of this year’s Academy Awards telecast, and while the song did not snag the Oscar, it put Ms. Settle and this amazing work by Benj Pasek and Justin Paul front and center. Now while the track has been re-recorded phenomenally by Kesha, the original recording by Settle truly is where the magic happens. Wisely, the track has been remixed for the dance floor, being crafted into one of the best packages out there currently. The “Dave Aude Club Mix” keeps it simple, with a throbbing beat under Settle’s vocals, making it a hypnotic almost disco type track. The “Lodato & Joseph Duveen Remix” gives the vocals a bit of a rework, slowing down the BPM and making this mix truly pull at your heartstrings.

The track is taken to true anthem heights with the “Joe Gauthreaux and Leanh Club Mix.” The buildups are predictably epic, and Settle’s vocals are the true star of the mix, with Gauthreaux and Leanh wisely letting them be the stripped down star of the mix. This one has been packing dance floors worldwide, and after one listen, it will be no surprise to you why this anthem for every single one of us is a smash. 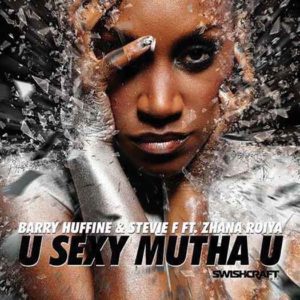 Zhana Roiya is one of the premier voices on the dance music scene, and her slamming vocals seem to add that extra something to so many tracks (check out her work with the legendary Tony Moran, which rocketed her to the top of “must have” vocals for circuit tracks)! She is back with the single “U Sexy Mutha U” and along with dynamic duo Barry Huffine and Stevie F, she has released a massive package of remixes to suit any ear.

The “Barry Huffine Original Mix” is essential listening when diving into this package, as it sets the tone for all of the mixes, and gives you a flavor as to what kind of remixes your in for. The “Larry Peace Remix” gives the track a haunting vibe with some harder drums, and the “Max Grandon Radio Mix” has some spectacular builds laced throughout the track, keeping the BPM high and the energy pumping on this mix.

One of the best mixes on this massive set though, is the “Division 4 & Matt Consola Mix”, which keeps close to the original, yet escalates the drama. Putting Roiya’s vocals on top of a classic house sound melds perfectly; making this one of the mixes that will have everyone hitting the dance floor. 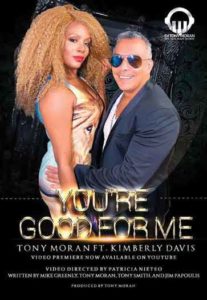 If anyone knows his way around divas, it’s Tony Moran. From Deborah Cox, to Cher, to Patti LaBelle, he has managed to craft some iconic moments in music with some of the most legendary ladies around. His track with the lusciously talented Kimberly Davis (with help from Chic’s Nile Rodgers) from last summer “My Fire” was a massive smash, and his latest track with Davis, “You’re Good For Me” is poised to be just as big.

Ms. Davis’ remix package is chock full of some of the most amazing remixers out there today, taking this track truly to the next level. “Tony Moran & Bissen Original Extended House Mix” harkens back to a Paradise Garage-esque era, giving off a true house vibe but keeping it ultra current with today’s sound as well. The “Tom Stephan & James Hurr Dub Mix” keeps some of the best elements of Davis’ vocals, but allowing the track to breathe and be a good old fashioned dub mix! “The Cube Guys Remix” is ultra experimental and different, while the “DJ Strobe Shorter Club Mix” focuses on Davis’ soaring vocals with minimal background, letting her take center stage. Mauro Mozart though, takes the track exactly where it needs to be with the “Mauro Mozart Vocal Mix.”

Davis’ voice is built for the big rooms and the anthems that have historically helped make these spaces legendary. This mix shows that the combination of Tony Moran and Kimberly Davis on one track (and another extremely talented pack of remixers) is extremely good for all of us! 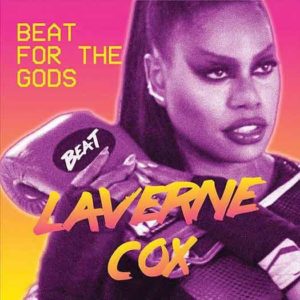 Laverne Cox is a trans pioneer and has taken the movement from Orange is the New Black to the cover of Time Magazine. It’s hardly a surprise that she is now putting out some stomping music for the dance floor, but that is exactly what she has done with the new track “Beat For The Gods.” In the inspiration of every amazing New York bitch track, the track features Cox taking you on a journey of how someone’s face is painted to be “beat for the gods.”

Only Cox, with a throbbing bass beat behind her, could seamlessly weave lyrics like “highlight gloss,” this chick is the boss-and she’s beat… for the gods, but it definitely works. Remixes for this one were inevitable and they definitely serve to enhance the sheer fun of the track. The “Chris Daniel and DJ Suri Remix” keep it classic house, with a late night vibe that makes Cox sound like a true nightlife queen with some super fun builds weaved throughout the track. The “Drew G Remix” puts the track in a slightly pop-esque, making the track even more fun, and the drops sprinkled throughout the track add some very welcome drama! 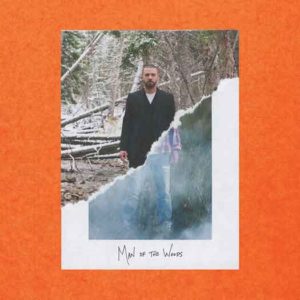 Let me clarify one thing on Justin Timberlake’s new album Man of the Woods, “Say Something,” his duet with Chris Stapleton is absolutely not about one person or one experience. It is not even about a certain provocateur in Philadelphia. Timberlake has said on numerous occasions in interviews that it is about a myriad of experiences. That being said, the track is smartly written, and the inclusion of Stapleton, an artist from a different genre that is not normally associated with Timberlake, was a smart move musically.

As a package, Man of the Woods is much like other Timberlake outings; extremely creative, yet smartly curated to more than hold up. The lead single “Filthy,” like “Sexyback” before it is not the standard radio hit, but Timberland’s creative production gives it legs beyond this album. Tracks like “Supplies” and “Montana” show a growth in Timberlake, along with definite signs of early influences like Donnie Hathaway and Marvin Gaye. Timberlake truly soars with ballads, and on this packaging there are two that truly stand out. “Flannel” is a cozy love song to wrap yourself in, and “Morning Light” partners Timberlake with Alicia Keys for a down tempo and breezy track that is smooth and musical fun.