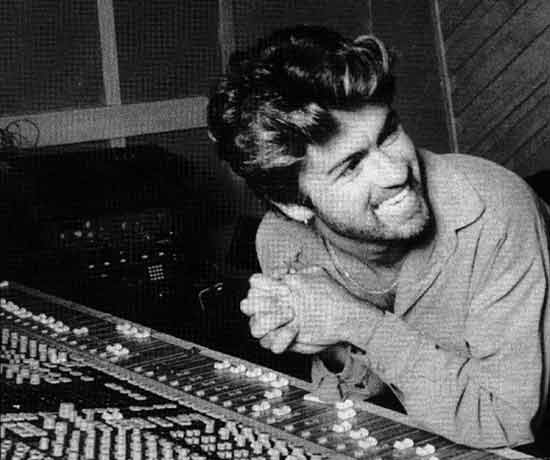 This past year took away a huge number of musical legends. George Michael’s passing is especially striking to me. When this handsome young man appeared on the screen with a guitar, acid washed jeans, and gyrating hips, the young boy watching him was absolutely captivated. I followed him through the iconic “Faith” era, the dance and fashion inspired Twenty-Five and the yearning of “Listen Without Prejudice.”
With Symphonica, Michael had entered into the Adult Contemporary era of his career, with stellar versions of “Brother Can You Spare A Dime” and “The First Time Ever I Saw Your Face” among other classic tracks on the package. As a longtime fan of unique and powerhouse duets, I loved George Michael the most when he was paired with a fantastic duet partner. 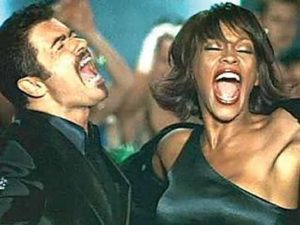 While many of us know and love his classic hits with Aretha Franklin on “I Knew You Were Waiting” and with Elton John on “Don’t Let The Sun Go Down On Me,” there were a number of sometimes undiscovered duets that Michael did that are hidden classics.
His remake of the Stevie Wonder classic “As” with Mary J. Blige is a soothing partnership behind the mic, while featuring them both perfectly. His duet with Whitney Houston, “If I Told You That” is a dance fueled battle between two icons not just of music, but of the LGBT community, and having them singing together on a nightclub dance floor in the video is more than perfect. In terms of live performances, his surprise duet with Beyonce on her hit “If I Were A Boy” merging two very similar eras of music together was a glorious surprise, and his performance with Lisa Stansfield during the Freddie Mercury tribute concert “These Are The Days Of Our Lives” is now, much like the legacy and music Michael leaves behind, even more meaningful.
George Michael TOP 10 HITS!

Albums for Winter, day and night

LACES has a new anthem, “they say”