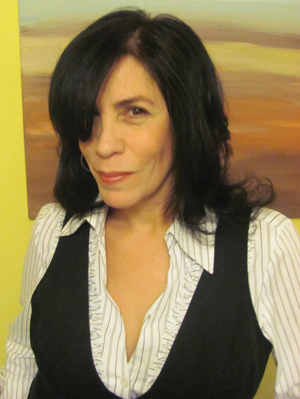 Happy Pride! Pride Parade has come and gone, but I can still say “Happy Pride!” It’s still June, after all, it’s still Pride Month. For those too young to remember, it all started with the Stonewall Riots of June 28th, 1969, 42 years ago. The Riots have sparkled the “gay revolution,” the fight for equal rights. We’ve come a long way, but we have a longer way, still, to go.

Over the years, the mission of the Pride has changed with time, molding the community’s fight (or reason tot fight) of that particular time. I can think of a few of these moments: the early years following the Riots, the beginning of the AIDS epidemic (or the Dark Years of the AIDS epidemic), the silver lining brought by the HAART medications during the mid-nineties, etc. And then the focus has turned back to the equal rights. Maybe it has never left.

This year, 2011, in the wake of Albany’s decision to allow same-sex marriages in the state of New York, the NYC Pride parade had a common theme – marriage equality. It attracted tens of thousands of people, officials like NY’s Governor Cuomo, Mayor Bloomberg, NYPD Chief of Police, Senator Chuck Schumer; well-known and admired members of the community like Dan Savage, Gilbert Baker (the creator of the rainbow flag). While some are fixtures in the parade (like Gilbert Baker and Sen. Schumer), others, like former NY’s governor, Paterson and, this year’s star, Gov. Cuomo, were newcomers. The streets were peppered with blue “Thank You Governor Cuomo” signs, and for good reason.

I’ve been photographing the Pride parade for many years now. Doing so, I’ve become addicted, in a way, to its overwhelming feeling of unity, enthusiasm, acceptance, and hope. This year wasn’t different. Yet, there was a slight sense of bitterness in the air. Not because of the parade or the feeling of accomplishment and hope surrounding it, but because some of NY’s finest who decided to show their alpha-male powers and, I guess, impress their superiors by deciding to show members of the press and other bystanders who was in power.

We got it. And we respected that, as we always do. But wearing a press pass should allow one to walk in the parade and take pictures for publications, blogs, etc. Well, not this time. Not for the start of the parade anyway. We were barricaded and, when somebody had the guts to asked what was going on, we were assured that we would not pass the blockade. That kind of in-your-face attitude, that kind of answer, has always reminded me of the attitude bullies assume when getting ready to… bully their victims.

And that was just a taste of what was to come… After we were finally allowed to walk, farther down in the parade, there was another alpha-male police officer set to impress his superior standing by his side. This “dedicated” office proceeded to shoo away some photographers (who were wearing their press passes and were not in anybody’s way) and to start a fiery discussion with a lady in a wheelchair for blocking the street (then he started being friendly with her). Not being a tall guy, he acted on people who were shorter than him, and female, not on the six-feet-something guy a step away from the woman photographer he was threatening to kick out of the parade – there would be much more to say about that, but I choose to stop here.

These individuals were few and in between, thank goodness. The vast majority of the police officers were extremely helpful and polite. But these two specific incidents left a bitter taste. Fortunately, they did not succeed, did not make a dent in the overwhelming feeling of joy, gratitude and hope that spread far beyond the parade, deep into the streets of Manhattan.

Remember the Stonewall Riots. Without the heroes of June 28, 1969 we would not be where we are today.

Author Alina Oswald is a writer and photograger documenting the LGBT and AIDS communities for almost a decade. She lives in New York City area and her latest books include BACKBONE and JOURNEYS THROUGH DARKNESS. Contact Alina Oswald at alinaoswald.blogspot.com.

Happy Pride! Pride Parade has come and gone, but I can still say “Happy Pride!” It’s still June, after all, it’s still Pride Month. For those too young to remember, it all started with the Stonewall Riots of June 28th, 1969, 42 years ago. The Riots have sparkled the “gay revolution,” the fight for equal rights. We’ve come a long way, but we have a longer way, still, to go.

How far does the ‘watershed’ Supreme Court decision reach?

Creep of the Week: Trump Administration