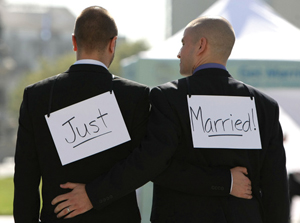 This generations’ answer to “Dynasty” is back; and you can be sure that if  “The Real Housewives Of Beverly Hills” was on opposite Krystal and Alexis, they would definitely be giving them a run for their money.

First, who’s gone: Camille Grammar (ex-wife of Kelsey Grammar) is now an official “FOH” (Friend Of Housewives) and is not a full-time cast member. After a rough first season, Camille is concentrating on her children and new man (wait until you see him!). Instead, we are now introduced to Yolanda Hadid, ex-wife of guest star (and Lisa Vanderpump close friend) Mohammed Hadid. She automatically has a relationship with Lisa, but also looks to be developing relationships with a couple other wives. On the flip side, there are a couple other wives she definitely is not feeling very warm towards! Yolanda is wife of uber-producer David Foster (Whitney, Celine, etc) so getting a peek behind the curtain at a true “Beverly Hills lifestyle” is definitely intriguing.

Brandi Glanville’s drama filled first season has gotten her upgraded to an official “Housewife, and it looks like she and Lisa have developed a very close relationship. She seems to have smoothed over her relationship with a couple of the other wives, which frees her up for drama with some of the other wives. Expect to see drama with former ally Adrienne Maloof, as well as Adrienne’s soon to be ex husband Paul. (I always find it unneverving when the house-husbands find the need to get involved in the drama). From what I’ve seen of Paul’s behavior this year, he gets involved more than any husband I’ve seen on the franchise.

The Richards sisters (Kyle and Kim) are both back, along with their extended families and friends, including  “Friend” from Seasons 1 and 2 Faye Resnick (please make this woman an official “Housewife” already)!  Kyle also introduces us to Marisa Zanuck, who works in the real estate business with her husband and looks ready to stir the provervial pot as well. Taylor Armstrong has returned as well, looking refreshed after a very dark second season. It will be interesting to see how she is reinvented.

Adrienne Maloof looks to be getting the “villian edit” this year, as her battle with former neighbor Lisa Vanderpump eclipsed the Season 2 Reunion last year, with accusations of selling stories to tabloids. From the first episode, it is very clear that Lisa has not gotten past her issues with Adrienne.  I’m not very clear on what Adrienne’s beef really is, but pitting the “Maloof Hoof” vs. the “VanderPUMP” is definitely bound to be ratings gold.

This generations’ answer to “Dynasty” is back; and you can be sure that if  “The Real Housewives Of Beverly Hills” was on opposite Krystal and Alexis, they would definitely be giving them a run for their money.

The thrill of it: Remembering the crazy beauty of the coming-out years