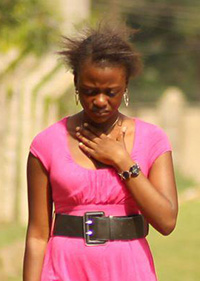 The 50th anniversary national tour of “Hello Dolly” was presented at the Mayo Center for the Performing Arts in Morristown on Saturday, November 9. The title role of Dolly Gallagher Levi was performed by Sally Struthers to a packed house. Many in the audience still remembered Miss Struthers from her role as Gloria Stivic on the television series, “All in the Family.” A little older, yes; but she was still able to turn on the little-girl, winsome charm her character first exhibited on the 1971 series, and her adoring audience definitely came to see.

They were not disappointed. The audience never failed to give long and hearty applause to Struthers. She was honored with a standing ovation during her final moments onstage.

Struthers was very much the star of this touring production, and she was ably assisted by several exciting co-stars. Matt Wolfe (Cornelius Hackl) and Garrett Hawe (Barnaby Tucker) were both wonderful in their roles as the two clerks from Yonkers who need to get to New York City, and not return until they have kissed a girl. Mr. Wolfe’s buoyant enthusiasm and strong singing were a joy. Mr. Hawe (recently seen in “Newsies” and “Mary Poppins”) brought sparkle, earnestness and verve to his song and dance numbers. Lauren Blackman was an outstanding Irene Molloy. She sang beautifully, and looked every bit like an attractive, young widow. Ms. Blackman should be seen more on stages in the tri-state area. She is a talent to watch.

The beautiful costumes were by Vincent Scasselatti. Charlie Morrison provided vibrant, gay lighting design. Choreography was by Bob Richard. Jeffrey B. Moss was the director.

The 2013-2014 national tour is scheduled to visit over seventy cities say the producers, Big League Productions.

The musical is based upon the 1955 play, “The Matchmaker,” by Thornton Wilder. “Hello Dolly” opens with a charismatic widow, Dolly Gallagher Levi, busy making a match between a young man and a young girl in Yonkers, New York. It is 1897. Dolly intends to marry the young girl’s father, who just happens to be a client. The gentleman in Yonkers employs two adventure- seeking clerks, aged 17 and 33, who desire to live life before it is all over, so they pledge to go to New York City. They cross paths with Dolly, and all ends well in the end.

“Hello Dolly,” the musical, was first presented on Broadway in 1964, followed by the 1969 film. Originally written by Jerry Herman and Michael Stewart for Ethel Merman, it was turned down by Merman. Carol Channing scored a triumph in the starring role. Following her were a series of stars including Pearl Bailey, Phyllis Diller, and Ethel Merman. The great Charles Nelson Reilly was Cornelius when it opened on Broadway. The 1969 film was directed by Gene Kelly, and starred Barbara Streisand, Michael Crawford, Walter Matthau, and Louis Armstrong.

Future theatre offerings at the Mayo center include “Million Dollar Quartet” in January, and “American Idiot” in February. For a full list of offerings, and more information, visit www.mayoarts.org/genre_theatre.html

Summer of 42 is touching at Bucks County Playhouse

Terrific ensemble acting was without fault at Two Rivers Theatre

Totem – The Greatest Show on Earth

Totem – The Greatest Show on Earth

Venus in Fur: confounding and extraordinary

Supreme Court hears arguments against DOMA from a widow

The Skinny: A great addition to black, gay cinema

Rea Carey will step down at National LGBTQ Task Force in...