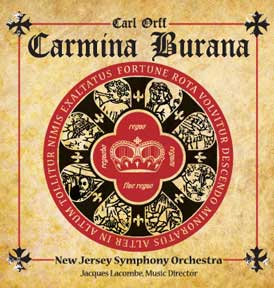 At the tip of Cape Cod is the LGBTQ-friendly haven Provincetown, fondly called P-town, and known as the best LGBTQ summer resort on the East Coast.

Of late, more lesbian, gay, bisexual, transgender and queer (LGBTQ) people of color (POC) have not only begun vacationing in P-town, but we have also begun holding POC events.

For the past several years now, the “Women of Color Weekend” brings hundreds of us LBT sisters of color to P-town from all across the country.

And it is the one time of the year many of us make the journey to P-town, anticipating that we will feel safe enough, for a few days, to let down our guard.

But the sexual and homophobic harassment many of us LBT sisters endure from many of our heterosexual brothers of African descent back home in our communities, or imported from one of the Caribbean Islands has, too, become an inescapably reality at P-town.

“A few years back I sent a letter about this very subject…and I received an email from the Provincetown Chamber of Commerce, instructing me to get in touch with them and the police if this happens again…well, it has happened again and again,” Ife Franklin of Roxbury, MA wrote me.

Franklin and her wife were at “Women of Color Weekend 2011,” and she and several sisters of color were continually harassed.

“Now I will take ownership…I have not called the police or contacted the town Chamber.Why? Well, here is where this gets a little sticky for me… So, if I call and say ‘there are some Black men harassing me’ will they round up ALL of the Black men? Even the ones that have done nothing wrong?”

Issues of race, gender identity, and sexual orientation trigger a particular type of violence against people of color that cannot afford to go unreported. Not reporting what is going on with LGBTQ people of color not only subjects us to constant violence that goes unchecked, but it also puts the larger queer culture at risk.

In the now defunct Boston LGBTQ newspaper In Newsweekly Will Coons in 2007 expressed in his “Letter to the Editor” his distress with the harassment. “I’m well aware of the white man’s burden and the need to be open and sensitive to historical injustices, but the flip side works as well: are these Jamaican men sensitive to, aware of, and respectful of the gay men who vacation here? My impression over the past ten years is that most of them are not and I distinctly feel uncomfortable in their presence.”

The lack of reporting about these types of harassment and assaults from LGBTQ people of color is for two reasons – both dealing with race.

The second reason has a lot to do with law enforcers, newspaper reporters, and doctors who view the topic of violence and people of color as synonymous.

Franklin wrote, “As my friends were waking back to the car Saturday night a car of 4 men slowed down and started hissing and asked my friend to come over to the car. She replied in a strong voice ‘I’m GAY,’ let it rest!  I feel that this harassment is a time bomb about to explode. At some point some man is going to take it to the next phase… my fear is that the ‘cat calling’ will turn into groping… grabbing… rape, and/or death… Why? Because in their hearts we are just some ‘batty gurls’ [Jamaican slang for homosexual].”

While Franklin’s fears are not unfounded, Jamaicans, however, are not the only ones harassing us.

Case in point is the murder of Shakia Gun of Newark, N.J.

On the morning of May 11, 2003, Shakia Gun, 15, was stabbed to death when she and her girlfriends rebuffed the sexual overtures of two African-American men by disclosing to them that their disinterest was simply because they were all lesbians.

Incensed that they had been rebuffed – and by lesbians no less – the two assailants reportedly jumped out of their car and got into a scuffle with the girls.

Stabbed by one of the men, Gun dropped to the ground and died shortly after arriving at University Hospital in Newark.

This report reveals that LBT women of African descent are among the most vulnerable in our society and need advocacy in the areas of financial security, healthcare, access to education, marriage equality, and physical safety.

“Has there been ANY training or introduction for these ‘workers’ [in Provincetown] educating them that they are in a mostly Gay culture? That the women… Black women or otherwise… are off limits,” Franklin asked.

In using cheap and oftentimes exploited laborers, the shops that line P-town’s main drag, Commercial Street, care little, if at all, about their workers’ cultural competency or our safety.

I have to agree with Coons when he wrote on 2007, “I can’t tell any local businesses how to run their operations. I can express my concerns, and I haven’t seen or heard of any overwhelming efforts to mitigate Jamaican male distain, distrust and disgust towards gays and lesbians.”

Sadly, it’s now 2011, and nothing has changed. The issue here is our safety – physically and mentally – and that of ALL LGBTQ tourists.

Provincetown’s Chamber of Commerce has a year before “Women of Color Weekend 2012.”

And the problem can be easily remedied: Either by educating these men or not hiring them at all. Or, we can take our gay dollars and go elsewhere.

At the tip of Cape Cod is the LGBTQ-friendly haven Provincetown, fondly called P-town, and known as the best LGBTQ summer resort on the East Coast.

Of late, more lesbian, gay, bisexual, transgender and queer (LGBTQ) people of color (POC) have not only begun vacationing in P-town, but we have also begun holding POC events.