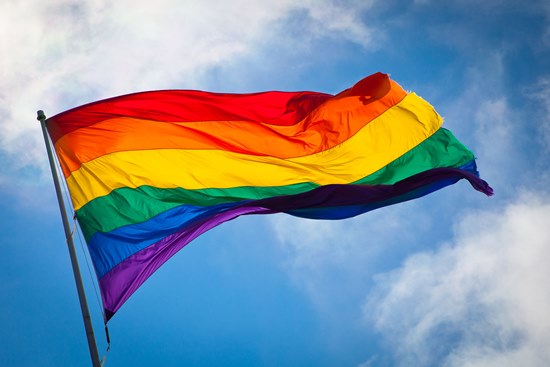 One Teaneck resident threatens to sue

Teaneck Township officials in New Jersey say the rainbow Pride flag will fly in Votee Park. The announcement comes after residents urged the Township Council to raise the flag in honor of Pride Month and the 50th anniversary of the Stonewall riots in June.

“This represents our town as one that’s inclusive, that’s accepting. We love our diversity, and we don’t shy away from it,” Councilman Jim Dunleavy said. “This is a community within the larger Teaneck community that we felt should be recognized.”

The Pride flag will be flown at the park rather than the municipal green because the flagpole there is situated on top of a war memorial. It is tentatively scheduled to be raised on October 6, 2019. It will fly for one week.

The council had initially held off on flying the flag in order to adopt a measure designed to protect the township against lawsuits from other groups who want to have their flags flown as well. The advice to wait came from John Shahdanian, the township attorney. The flag ordinance, adopted in September, specifies that a flag flown by the township represents the township’s viewpoint, and that the local flag poles are not to serve as a type of forum for any group who wants to use them. One Teaneck resident had already threatened to sue the township if they did not fly an anti-abortion flag during the month of October.

That man, Hector Ferrer, requested that the township form a pro-life advisory board to raise the anti-abortion flag, threatening legal action if his request was not granted. Ferrer is known to the township, having lobbied to have a nativity scene included with a menorah and Christmas tree on the municipal green.

“We were threatened with a lawsuit by an individual who has sued the town before, so I think we did the right thing,” Councilman Keith Kaplan said. “Our first and foremost job is to protect the municipality, but now we’re moving forward, and I think we’re in a much better place.”

The measure passed by a vote of 6-1, with councilman Henry Pruitt opposing the measure.

“I’m not opposed to the Pride flag,” Pruitt said. “I’m opposed to flags, because I think that’s going to be an opportunity down the road for internal community conflict that we could do without.”