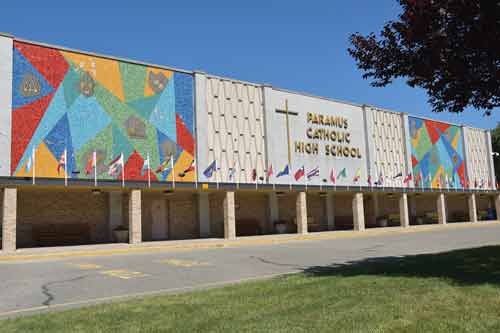 An appeals court in northern New Jersey has turned down a bid to dismiss a discrimination lawsuit filed by a former employee who claims she was fired by a Catholic school in Paramus because she’s married to a woman.

The Archdiocese of Newark challenged a lower court ruling to allow the case to proceed to determine whether state law or church tenets apply.

Kate Drumgoole claims Paramus Catholic High School has violated New Jersey’s state discrimination laws by firing her as dean of guidance and head coach of the basketball team. The school fired her after learning she had married a woman.

The school has stated that Drumgoole was fired because she’s in a same-sex marriage. But the schools bid to dismiss the lawsuit is based on their contention that it is lawful for churches to require that employees subscribe to their religious tenets and beliefs.

The lawsuit will proceed after the appeals court refused to dismiss the lawsuit.

Adopting Church babies: NOT what the Fulton decision is about