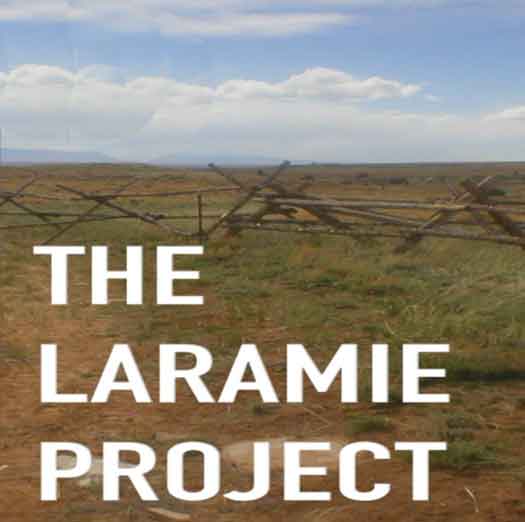 Cast of the Laramie Project show to welcome Cathy Renna

Newark Academy’s Arts Department presents The Laramie Project as this year’s fall drama on November 1-3, 2018 at 7 pm. The Laramie Project tells the story of the events surrounding the death of Matthew Shepard. It is almost 20 years since play director Moisés Kaufman and members of the Tectonic Theater Project interviewed the people in Laramie.

Cathy Renna, a longtime media activist and communications expert on LGBT issues continues to work closely with the Shepard family and the Matthew Shepard Foundation they created. She will join students at a rehearsal on October 16, 2018. Renna will discuss the presentation of characters and how the students are portraying them. The rehearsal is on October 16, 2018 from 3:30 – 5 pm, at the Newark Academy, 91 South Orange Avenue, Livingston, NJ 07039. The public is welcome.

Renna worked as an advocate at the Gay and Lesbian Alliance Against Defamation in 1998 and played a central role in shaping the media coverage after the horrific event unfolded. Renna was in Laramie right after the public was made aware of Matthew’ Shepard’s death.

The Laramie Project is based on the true story of Matthew Shepard, a gay University of Wyoming student who, in October 1998, was beaten to death in Laramie, Wyoming. The murder was denounced as a hate crime and brought attention to the lack of hate crime laws in various states, including Wyoming.

“We were the first high school in the country to stage this challenging play back in 2002,” said Newark Academy Arts Department Chair Elaine Brodie. “And now we are bringing it back to the NA stage in honor of the 20th anniversary of Matthew Shepard’s death.”

Tickets to the November shows are at: onthestage.com/show/newark-academy/the-laramie-project-6070

A celebration of life