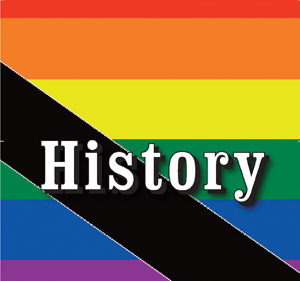 New York Gov. Andrew Cuomo signed into law the bill making New York the largest state to grant civil marriage equality to same-sex couples. Champagne flowed on Christopher Street, as well it should have. It was a long, bitter, expensive battle against powerful and ancient enemies, with a few politicians demonstrating genuine courage and leadership.

Assemblyman Daniel O’Donnell, who sponsored the bill, has fought for it for a decade along with Sen. Tom Duane. Republican senators James S. Alesi and Roy J. McDonald showed courage in being the first to cross the aisle. LGBT organizations such as Empire State Pride Agenda, who worked long and hard and never gave up, showed themselves to be made up of real heroes. Governor Cuomo himself provided real, vocal leadership. The list pretty much stops there, however.

The process of debate both in public and behind closed doors was a protracted grandstand act by politicians who suddenly found “religion” and were playing it as safe as possible by generating the maximum amount of fundie-friendly sound bites: quotes that can be used in subsequent campaigns when speaking to the Knights of Columbus or in some evangelical storefront to “prove” they had done their best to stand in the way of the 21st century.

Some politicians such as Mayor Michael Bloomberg, to take perhaps the best example out of a large field, have perfected a Janus act (remember Janus, the Roman god of gates and doors who had two faces?) On the one hand, Bloomberg has advocated marriage equality and queer rights in general and indeed, lobbied for this bill. That’s just wonderful. Of course, it didn’t cost him or New York City a penny to do so and it probably didn’t cost him any votes either. While Roman Catholic Archbishop Timothy Dolan, whose arguments against marriage equality have had the intellectual depth of a nursery rhyme, is an opponent, polls show clearly a large majority of Catholics endorse legal same-sex marriage. On the other hand, not supporting marriage equality would have cost Bloomberg the whole well-organized queer vote en bloc.

But let’s take a closer look at the record. Only a few months ago, Bloomberg destroyed the Advantage program, the only avenue for homeless LGBT youth to get off the streets, out of dangerous, dehumanizing shelters and into a basic home of their own. With one stroke of the pen Bloomberg wrote off thousands of at-risk queer kids and essentially said they could freeze and die on the streets for all he cared.

This is the same man who personally gave $7 million to the Republican National Committee in 2004 despite the outrageous hatred of gays blatantly expressed in that year’s party platform. This is the man who empowered the New York Police Department to lock up thousands of demonstrators during the Republican convention in New York. Dozens of those demonstrators were HIV-positive and were deprived of medication during their incarceration, which in some cases lasted several days. This is the man whose police department arrests tens of thousands of young people, especially young people of color and most especially young people of color who show outward signs of non-normative sexuality, for petty marijuana possession in blatant disregard of New York State’s decriminalization law.

Bloomberg will be marching in Sunday’s Pride Parade to the plaudits of the crowd! What a travesty! What a mockery! What a shame! One would almost rather have politicians such as our own Gov. Chris Christie, who flatly hates queers, makes no secret of it and will never give us an inch (no, to the best of our knowledge he hasn’t actually said that, but actions speak louder than words). At least we know where we stand with him.

The New York State marriage equality bill is a cause for celebration. It obviously puts the pressure on New Jersey politicians to wake up. Let us not mistake it for the dawning of a new millennium of justice and common sense in politics, however, or an epiphany of love on the part of politicians. Very, very few politicians stand for equality just because it is the right thing to do. Most only love us when the polls show we’re ahead. Some love us only when no one is watching.

New York Gov. Andrew Cuomo signed into law the bill making New York the largest state to grant civil marriage equality to same-sex couples. Champagne flowed on Christopher Street, as well it should have. It was a long, bitter, expensive battle against powerful and ancient enemies, with a few politicians demonstrating genuine courage and leadership.

Finding love in the time of coronavirus