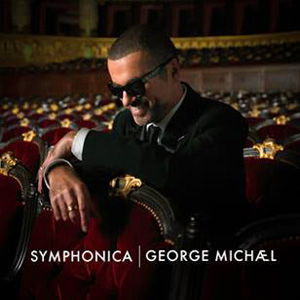 George Michael is (thankfully) back with a new album, and if it feel like it’s been a long time since we heard from him, his new album “Symphonica” definitely makes the seven years between albums worth the wait. “Symphonica” was originally a history making tour in late 2012 throughout the U.K. and Europe, and this album was recorded during that run.

This album treats us to live versions of some of Michael’s best works, such as the gorgeous “One More Try”, still being the heart tugging masterpiece it was all those years ago, and “Different Corner”, showing that Michael still has the pipes to belt out one of his most soaring classic hits. Taking on the swing genre with “My Baby Just Cares For Me” and re-creating his classic “Praying For Time”, Michael shows that he continues to be able to not only captivate an audience with some of 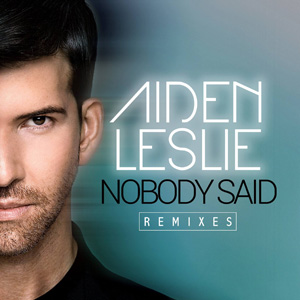 his older material, but with new tracks (like heart wrenching studio version of “Let Her Down Easy”) Michael shows that whether in the studio or at the spectacular Palais Garnier Opera House in Paris, France (where Michael was the first contemporary pop artist to ever play) he continues to be one of the most lush and gorgeous male vocalists out there.

Aiden Leslie’s latest track “Nobody Said” is another departure for him, as he enjoys playing with different genres and sound. This time around you get more of a stripped down Aiden, but the remixes for “Nobody Said” are some of his best. Some heavy hitters came in to remix the track, with one of the best being the “Joe Gauthreaux Club Mix”, with superstar DJ Gauthreaux giving some heavy keyboard action to the track, and giving somewhat of an electronic vibe to Leslie’s vocals. Frank Lamboy is on board as well, with his “Frank Lamboy Club Mix” giving the track more of an old-school house vibe, turning it into a peak-hour anthem of sorts. The spectacular Georgie Peorgie takes the track in somewhat of a futuristic direction with his “Georgie

Peorgie Club Mix”, while the Klubjumpers do what their mixes do best, turning the track into a slamming dance track with the “Klubjumpers Club Mix”. This remix package is heavy on great dance music, definitely one to pick up.

Karmin is a rarity in the dance/electronica world; a duo that is equal parts melodic and come from a strong musical background, with a dash of rap thrown in. Duo Amy Heidemann and Nick Noonan are best known for their chart-topping track “Hello” that was on every radio at the beach a couple summers ago. They are back with their full-length album “Pulses” and it’s well worth the (long) wait. With a collection of tracks that is both radio friendly and heavy on clever lyrics, Karmin have a hit on their hand. With tracks like the title track, Heidemann pays tribute to pop/rap goddess Nicki Minaj, while on “Hate To Love You” (Doing Time) Nick takes a hand on the lead vocals, with a an upbeat pop perfect track that is destined to be a “summer with the top down” classic. On ballads like “Neon Love” the pair put their own stamp on rock/dance ballads and show that behind all the bravado and whip-smart lyrics, there is raw talent that is shown throughout the album.

For those that worshipped at the altar of Sound Factory, Twilo, or Arena, back in the mid to late 90’s, a night at any of these New York City venue’s would not have been complete without Joi Cardwell’s vocal’s coming across the speakers and turning the dance floor into a 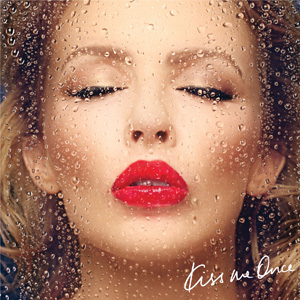 complete frenzy. The diva is back, with a brand new repackaging of her classic track “Jump For Joi”. Bringing the track back for another listen is the spectacular Mike Cruz, giving the track a definite New York City meets Miami vibe. His “Electribe Mix” serves up some hypnotically electronic beats on top of Cardwell’s vocals, along with a throbbing beat behind it. On the
“Mike Cruz Radio Edit”, you get classic NYC house music. A simple and killer diva vocal, with the chorus building to smashing chorus!

For all the boys waiting in breathy anticipation, Kyle Minogue has released her latest album “Kiss Me Once” and it is well worth the wait. While the throbbing beats of 2010’s “Aphrodite” album are still fantastic, “Kiss Me Once” is a new Kylie. With a new label (RocNation) and a plethora of producing talent from Pharell to Sia, Kylie has given us one of her best albums. The first single “Into The Blue” is a full of tale of self-empowerment that’s fun and full of great pop melodies, while the Pharell written and produced “I Was Gonna Cancel” has the same hypnotic type of verses as last year’s Pharell-assisted super-smash, “Blurred Lines”. Kylie also pays somewhat of an homage to fellow Aussie Olivia Newton John with “Sexercize”, a new generation’s “Physical” (check out both video’s released for this track)! With so many heavy hitting producers on this, the potential for overdoing it on any of the tracks simply never happens. There is nary a misstep on this album, ensuring that the public will be giving Ms. Minogue love through the summer months.