Rita Ora consistently makes good old-fashioned fun pop music, and her latest, “Your Song,” is no exception. The breezy track is great in its original format, and the remix package kicks up a few notches for the dance floor. The “Cheat Codes Remix” turns it into an island-flavored mix, perfect for an early day party, while the “Disciples Remix” gives the track an electronica vibe with a slightly dub-esque vibe. The “Team Salut” mix includes an appearance by Burna Boy, which while not necessarily needed, gives the track a totally different and unique flavor. As expected, one of the most epic remixes that the track has seen is courtesy of Joe Gauthreaux and DJ Leanh, who check in with the “Joe Gauthreaux and Leanh Mix.” Drawing out the chorus makes the anticipation for the “drop” that much bigger, and Ora’s voice is pristine throughout the mix. The throbbing baseline is perfectly matched with the verses, giving you a fantastic end-of-summer mix! 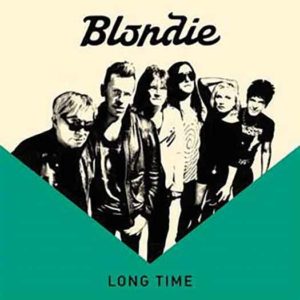 The word “legend” gets thrown around frequently in the music industry, but there really is no other word for Blondie. Debbie Harry and company have been making music for decades. Their latest single, “Long Time,” is classic Blondie, with a definite update. The track is a flowy and midtempo track, with a vibe very reminiscent of their iconic single “Heart of Glass,” a great nod to history. The remix package for the song is just as eclectic. The “Hercules & Love Affair Remix” has an ’80s style vibe complete with drum machine, while the “Johnson Somerset Remix” strips away any unneeded production a remix may offer, and simply escalates the track with unique accents. The “Joe Gauthreaux Radio Mix” raises the bar for future mixes of this track. Putting Harry’s ever familiar vocals front and center, and putting some smashing buildups throughout the song, truly take it to another level. 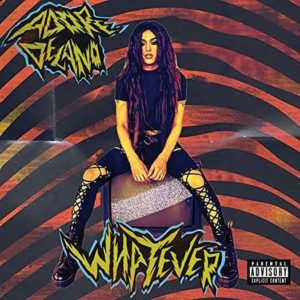 On RuPaul’s Drag Race Season Six, Adore Delano was a Top Three contestant, and on the second cycle of “RuPaul’s Drag Race All Stars” she became the only contestant to voluntarily walk away from the competition. Where Adore Delano truly shines though, is on the music charts. This former American Idol contestant shines with her mix of glam rock and good old-fashioned riot girl music. Her latest album Whatever shows a harder edge, that she truly has something to say. “Negative Nancy” is a middle finger up at her naysayers, while “Adam’s Apple” shows Delano tearing through the vocals, and is a glorious tribute to good old-fashioned heavy metal. Delano was a very versatile contestant on Drag Race, and that versatility has carried over into her recording career. For every metal anthem on Whatever there are tracks like the achingly wonderful “Pretty Boys Cry” and “Princess Cut,” which show a vulnerability in both Delano’s material and the artist herself. “Hole Nine Yards” is the final track on the album, and this double- entendre laden track sums up the dichotomy of Delano and her material; peeling back the layers on this truly stellar artist is one of the best things about diving into her ever-expanding music catalog. 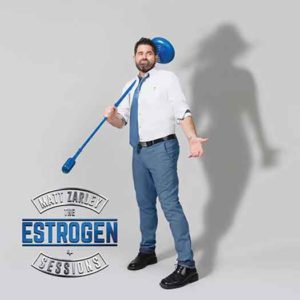 I’ve been a fan of the fantastically talented vocalist (and proudly out) Matt Zarley for some time now, and just came across his truly stellar set of tracks originally sung by female vocalists, now in the hands of Zarley, appropriately titled The Estrogen Sessions. Initially, seeing the track listing that contains iconic songs like “I Will Always Love You” and “Take a Bow” may make the task of taking them on from a male perspective seem arduous, but Zarley more than handles them. From taking on the Pink hit “Fuckin’ Perfect” (along with Jeb Havens) and the Monica favorite “Angel Of Mine,” Harley keeps most of the arrangements very true to the original and lets his voice demonstrate how he has truly rearranged these tracks. Bringing on the deliciously talented Tony Award winner Billy Porter (Kinky Boots) for a male duet of Des’ree’s “You Gotta Be” is an inspired choice, but in terms of Broadway tracks, Zarley truly stands out with his rendition of “He Used to Be Mine,” which was originally “She Used To Be Mine” from the Broadway musical “Waitress.” Taking one of the most emotional and heartfelt tracks to hit the Broadway stage in some time (courtesy of the always stellar Sara Bareilles) and reimagining it from a male perspective makes it a track with which many gay men can truly identify in so many ways. Projects like The Estrogen Sessions sometimes miss the mark, and become simply vanity projects, but Zarley is completely on target with this package of hits. 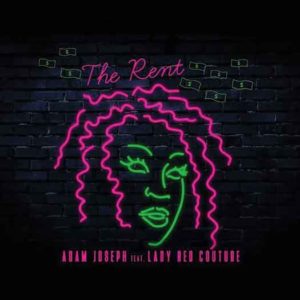 Sorry Roxie Hart, the name on everybody’s lips is suddenly Adam Joseph. While this underground club superstar has been making and recording music for some time now, this summer he has truly come into his own. Part of the credit must go to RuPaul’s Drag Race Season Nine contestant Aja, whose read of fellow contestant Valentina during an episode of Untucked was morphed into a stomping bitch track by Joseph himself. He followed that up with “The Rent” and along with Lady Red Couture, he has remade the Gwen Guthrie classic “Ain’t Nothing Going On But the Rent” (and Couture’s voice is simply made for dance tracks like this). Joseph completed his triumvirate of fabulousness by recording “Not Madonna,” a track with a Drag Race judge: the legendary Michelle Visage. The track is based on a visit Visage made to Jonny McGovern’s Hey Qween! talk show where she uttered this iconic phrase. It has been remade for the dance floor by Joseph and getting major attention. Not since the days of Junior Vasquez sampling “Absolutely Fabulous” and Whitney Houston’s “Crack Is Whack” have we seen sampling done that is both culturally relevant and as spot-on fabulous as has been done by Adam Joseph.

Cher with a brand new boxed set of Oh! My! Cher!

Albums worth the dollars