Yes I Am 25th Anniversary Tour visits the Garden State

After thirty years, you may think Melissa Etheridge would be slowing down. Not the case. Etheridge is stronger than ever, vocally, musically, and as a live entertainer. Etheridge just finished recording her 16th album, and she’s touring this fall in celebration of the 25th anniversary of 1993’s Yes I Am.

Melissa Etheridge will rock the Mayo Performing Arts Center in Morristown on October 5, and the Tropicana Casino in Atlantic City on October 6. I recently spoke to Melissa about the tour, and that groundbreaking album.

Amy Scott: Yes I Am was a monumental album for all of us in the gay community, and now it’s thought of as your “coming out” album. When you wrote it, were you thinking of it as that?

Melissa Etheridge: No, not at all. (laughs) I thought I was being really brave putting “Silent Legacy” on, but I thought that was just a personal bit. And the song “Yes I Am” is just a love song. It’s not a coming out song at all. So, I knew at the time that I wanted to come out. I knew after my third album, Never Enough that I didn’t want to live this weird, secretive, “oh, is she, isn’t she?” sort of secretive life, and I remember thinking “Ya know, I’m just gonna come out on Arsenio Hall,” but then the inauguration happened and I just came out then.

Back in 1993, most of us in the entertainment world were actually in the closet. Was there a fear in your camp at that point that your audiences may shift, or dwindle?

ME: I really have to hand it to my camp. Personally, everybody knew I was. My family knew I was, we just never crossed this line with the press. It was always a don’t ask don’t tell, and so I remember calling everyone the next day after the inauguration, and I was like “Well, guess what, I’m out,” and they all just went “alright, we’ll just go with it” and there you go. There wasn’t a single regret, or push back or anything. They were very supportive and really hopped on, and really took the attitude of “if this is a problem with you, then you have the problem.”

Was there any sort of backlash or harassment from the audience?

ME: I always tell people I went from selling barely a million copies a record, to 6 million on Yes I Am. You can still hear Sky Daniels (SVP Island Records at the time) and all those radio guys, they’ll tell you stories of radio that didn’t want to play me because I was gay, and they would go in there and say “If you won’t play this…” I mean grabbing them and saying “You WILL not not play it because she’s gay.” He’s got backroom stories of resistance. But, I didn’t feel any of that; I just felt this kind of curiosity

that fueled the music more.

So many great songs on the record “Come to My Window,” “I’m the Only One,” but honestly, the one that cemented my love for you as an artist, and really spoke to so many of us at the time was “Silent Legacy.” Was that a tough song to write, or did it just kind of pour out of you? Was it a personal experience for you?

“I look out in my audience and I see just tons of younger people, I mean 30 and younger…”

ME: It was written in the early 1990’s. I was touring for Never Enough and I was being gay, figuring things out, knowing that I was gonna come out sometime. I had a bus driver at the time who I really loved and adored. And one night I was just up there talking to him, and he starts telling me about his daughter. And he’s a southern, ya know, Mississippi, Alabama guy. And he says “ya know, I came home and I found my daughter with a — and he used the “N” word — man, and so I kicked her outta the house.” My jaw dropped. I couldn’t believe I was face to face with someone so racist. I had no idea. And I was like “Oh my God, that poor kid, who’s just feeling love, feeling whatever they’re going through coming into their life, and it made me think of all the kids who’re getting kicked out for who they love. Whether it’s race, or gender, or all those confusing things that parents insert themselves into, and you know “This is for your own good” and all that crap… So I just wrote a song about this silent legacy that we don’t talk about. It’s like, “you’re not gonna bring home someone of the same sex, and you’re not gonna bring home someone of a different color.”

And in the end, you know, “Mothers tell your children, life is full of wonder and love is never wrong. Remember how they taught you. How much of it was fear?” For parents to look to their own and go, “wait a minute so much of this was fear, and I’m not going to hand that down, the legacy stops here.” And it was just a real cry, sort of a plea to parents to stop putting their own fear on their children.

How were your own parents when you came out? 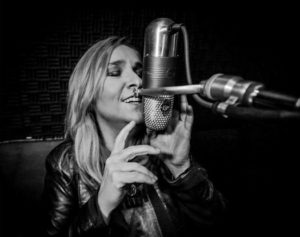 ME: You know, bless their hearts… my mother? We didn’t talk so much… well, until I was about 25. She had her own issues. She’ll say she went through depression, it just happened to be during my formative years. She had her own stuff. It was my father who I really interacted with, and I remember getting up the nerve to tell him, and he was like “You know I don’t understand it, but as long as you’re happy, then great.” And what more could a kid ask for? So I had that solid foundation. I think it makes it easier to come out in public when you know you’re not going to lose the love of your parents. I know that so many don’t have that, but my own experience was one of support.

”…my music is still reaching people of all ages. I don’t ever want to cut myself off from that…”

You’ve gone through a lot since 1993. What advice would you give to your younger self?

ME: I would say, “oh for God’s sake, if there’s any way you could enjoy the moment more, be in the moment. It’s going to go by so quickly. And all the things you’re worried about now, you’re not going to worry about in 10 years.” And I would tell myself to stop looking for someone else to fill up that part of me that loving myself can fill up. And I would also say to do more sit ups. Why didn’t I do more situps?!

You’ve been touring forever. Would you say you live to tour, or are you touring to live?

ME: You know, it’s a little bit of both. Right now it is definitely my bread and butter, and I got no problem with that because I love what I do. I love touring, and I certainly learn and grow as an artist as I’m playing, and so I do love that part of it. I’m getting better and better, and that’s exciting to me. If I was getting sort of tired, and it was getting like ehhh, then I would definitely look to make a change. It’s very exciting where I am now, and I always feel like I’m on the brink of something breaking open again. So, I’m just sharpening my tools.

You know I have a new album coming out, and I feel just as excited about it as I always have about a new album. I don’t think the rules apply to me; they never have applied to me, ever. I’ve never fit in anywhere in any sort of musical genre or anything. I think I am sort of operating outside the rules.

Speaking of the new album, what can we expect?

ME: Well it’s a John Shanks and me again, which is always so much fun. He always knows how to get a great vocal out of me. And he’s been around since the beginning. I discovered him at Madame Wong’s (an LA Rock Hangout) so we’ve really known each other. So you get this beautiful rich production, but it’s not overproduced. With him, I’m always totally able to go, “No, shut up you don’t know what you’re talking about” but I also truly regard his opinion. He’s a master at what he does.

I look out in my audience and I see just tons of younger people, I mean 30 and younger. I get that my music is still reaching people of all ages. I don’t ever want to cut myself off from that, and so I stay with this rock sensibility. I’m not gonna try and sound like Selena Gomez, you know. I’m really trying to be myself and give them the best that I am. It’s a solid Melissa Etheridge album for 2018.

You have written so many great songs about wanton love, and lust, and desire and fire. Now that you’re settled down, a married lady with one, two or three families to support these days, is it harder to write that way?

ME: Well, I’m still having sex, so I can still write about it, that’s not a problem; in fact, the sex is just getting better! I’m not writing the “I’m the Only One” songs anymore, because I’m not getting my heart broken like that, and I’m not being cheated on, which is really good. I would say on this album there’s more sort of situations that I put myself in to write from so that I can speak of it without me actually having gone through it.

There’s a song that was inspired by the Parkland shootings and the survivors. I read that there are over 150,000 kids who have survived school shootings. That’s a lot of painful memories, and a lot of people. So I wrote a song for them as one of them. What it would be like to survive just a moment inside their skin. It’s called “The Last Hell.” I was kind of going into our collective psyche, of where we are right now, and trying to write songs of emotion and power, and empowerment from that.

Do you look forward to playing in Jersey again?

ME: Oh, the Jersey audiences are some of the best; New Jersey has never lost its love of Rock and Roll. It has always loved live music and supported it, that’s why I’m there at least once a year. I love New Jersey.

And it’s the home of Bruce.