The newest Gay festival in New Jersey continues to impress the crowds. On Sunday, June 8, many thousands of LGBTs and the local community in Maplewwod celebrated at the North Jersey Pride Festival. The stage show was well recieved and chock-full of great talent and the weather could not be better. 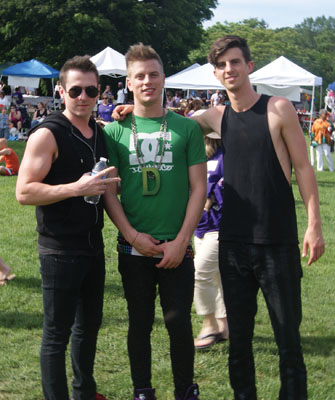 The excellent food court was enjoyed by all. Yes! Really good food from many local eateries in the area and a family friendly atmosphere is what sets the Maplewood North Jersey Pride Festival apart from the other gay prides in our region. The “rainbow kids zone” doubled in size from what it was last year. One of the quotes the festival organizers say again and again is, “built for grownups, safe for kids.” 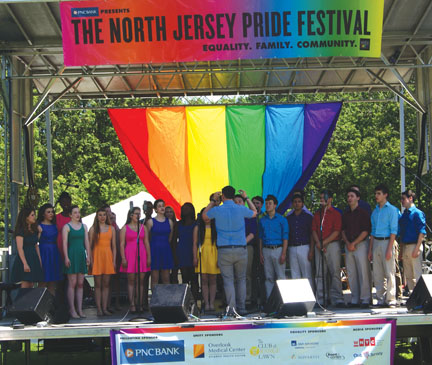 Everyone had a great time and enjoyed the live performers and  were impressed with the park setting. The sponsors were so many this year that some vendors that applied late were told they were full and couldn’t accept any additional vendors.

Several onlookers were in Maplewood NJ for the festival from as far away as Toms River, Lawrenceville, New Hope and The Poconos. The couples said they had just learned of the event this year and commented on the beautiful park facilities and the food court. They said they were definately coming back next year.

Kudos to the entire North Jersey Pride Festival staff for putting together a first-class day of Gay Pride in Northern New Jersey. A special thank you goes out to C.J. Prince. She was everywhere all day long checking out the festival. She is the main reason the new festival is doing so well according to many of the local Maplewoodians I spoke with.

Check out the photos here by Out In Jersey photographer Steve Dovidio. More photos will be coming soon in our Spotted OUT section in the next print issue of Out In Jersery magazine.