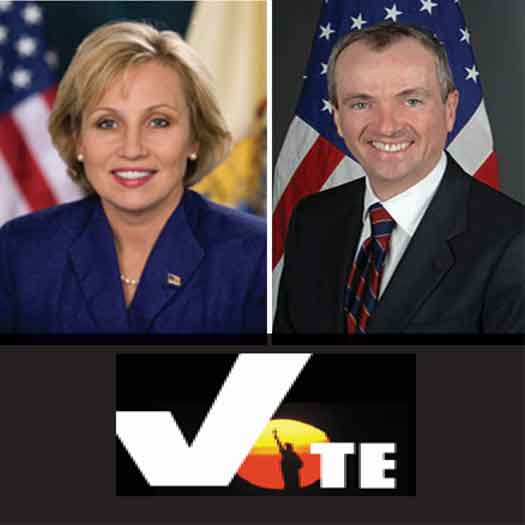 Last year’s election has taught us an invaluable lesson: elections matter. When we make our choice in the voting booth — or choose merely to stay home — that decision comes with consequences. That is why, with Election Day fast approaching, it is important we make informed decisions.

Right now, voters may be asking themselves whether Phil Murphy or Kim Guadagno is the better choice to become our next governor. Each voter will sort through lists of pro’s and con’s for both candidates on a host of issues. But when considering the issues of importance to the LGBT community, the choice is easy: Phil Murphy for Governor.

First and foremost, let me be clear: LGBT issues are not relegated to just finding a baker for a wedding cake. Like all New Jerseyans, we are impacted every day by the broader choices our elected representatives make. For example, the tragedy at Orlando’s Pulse Nightclub that claimed the lives of 49 LGBT civilians and allies made it evident that we need common sense gun reform. What happened in Las Vegas earlier this month only reinforces that.

Phil Murphy will go beyond simply offering prayers for gun violence victims. We can rely on Ambassador Murphy to consider basic restrictions on weapons of mass killing; not to address a meeting of gun advocates in secret as Lieutenant Governor Guadagno just did.

Security, however, isn’t just about protection from acts of terror. It extends to things as universal as having access to healthcare. In a time when the Affordable Care Act is at risk of being repealed, millions could find themselves without the proper means to stay healthy. President Trump’s recent decision to stop providing health care subsidies is a crushing blow to the state. This becomes frightening when we acknowledge the health disparities that already exist for the LGBT community. New Jersey needs a governor who is going to ensure that all residents have equal access to healthcare, and that certainty can be found with Phil Murphy.

While we recognize the issues that affect all New Jersey families, we must also recognize those challenges that some may not encounter, but are met by many in our community. Transgender New Jerseyans struggle in otherwise everyday, common situations because their birth certificates do not match their gender identities or driver licenses. After almost a decade of Chris Christie denying trans people basic liberties and rights, Phil Murphy will make New Jersey a state that treats transgender residents with dignity.

It is not complicated to continue the list of reasons that LGBT people should endorse Phil Murphy in this race. Murphy will ensure LGBT-minority owned businesses get a fair shot of accessing resources that other minority communities have access to. He will stand with those who put their lives on the line for our freedom no matter who they love or what gender they identify as. He will reclassify veterans dishonorably discharged due to the discriminatory “Don’t Ask, Don’t Tell” policy, so they will be able to benefit from state resources for themselves and their families. See? Not complicated.

But, at a recent debate, she wasn’t silent on an issue and her response should send chills through your body. She condemned Phil Murphy for wanting to make New Jersey a sanctuary state, painted all immigrants with a broad bigoted brush, and when asked if she would protect Dreamers from the federal government her response was “she will follow the law.” Well my friends, it may not be long before we need protecting from the federal government.

The LGBT community and all New Jerseyans need and deserve a governor that will have our backs and fight for a more equal New Jersey. We need someone who can see through the fog of fear and stand up for what is right — that person is Phil Murphy.