Destination Woodbury will be on Monday, March 4, from 6-8 pm

Woodbury Community Pride (WCP) and the City of Woodbury, NJ will partner with Independence Business Alliance, Gloucester County Chamber of Commerce, and Main Street Woodbury, Inc. to illustrate why Woodbury is the ideal place for LGBT-owned businesses and how to become a part of Woodbury’s business community. 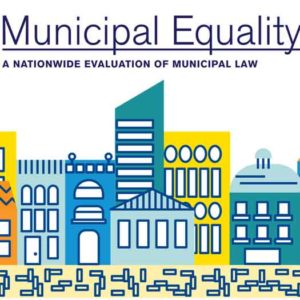 To accomplish this standard during the last two years, WCP worked with the City. They worked on nondiscrimination policies and established resources such as LGBT liaisons at the police department and a City Human Rights Commission. The group also raised the visibility of the LGBT community with events celebrating LGBT Pride Month. Additional educational programs were held during LGBT History Month last October. They even had the first-ever International Queer Film Festival in the small Southern Jersey locale. The efforts paid off. In 2018 the small town earned a score of 100 on the Human Rights Campaign Municipal Equality Index.

Now, Woodbury Community Pride and the City of Woodbury have partnered with Independence Business Alliance, Gloucester County Chamber of Commerce, and Main Street Woodbury Inc., to highlight Woodbury’s unique qualities. “They will show it is the place for LGBTQ businesses and entrepreneurs to establish, operate, and prosper.” say the organizers at WCP.

What is Destination Woodbury about?

The program encourages LGBT owned businesses and entrepreneurs to become a “first mover” in the new economic growth and revitalization of Woodbury. “The equality piece is very attractive for our business community,” said Tony Doran, President of WCP, “but this is business, and [LGBTQ] businesses ultimately need to know there is opportunity for growth and success.” Doran hopes to illustrate just that.

WCP will be highlighting what Woodbury has to offer. He says it is centrally located in the Greater Philadelphia Region. And the city is minutes away from talent pipelines, plus transportation hubs, and mature and emerging markets. But it is Woodbury’s future that looks particularly bright to Doran for two reasons. “First, the recent decision from Inspira Health Network to scale down its facility in Woodbury frees up prime real estate in a New Jersey Opportunity Zone,” he said. The Opportunity Zone program creates incentives for private investors to invest in designated zones to encourage development. Second, he said, “the long awaited Glassboro—Camden NJ Transit line, an 18 mile light rail project, is promising two stops in Woodbury. It appears closer to becoming a reality than ever before.”

“LGBTQ people must be given the opportunity to participate in the economy to build wealth and influence in order to erase the systemic marginalization, but a big part of that is putting those businesses in growing economies,” said Doran. “The time is now for LGBTQ businesses to get in on the ground floor in Woodbury and not just be part of the upward trajectory, but help stimulate it.”

If you are planning to attend, Destination Woodbury is on Monday, March 4, 2019. Check in and networking with complimentary hors d’oeuvres begins at 6pm. A brief presentation will be followed by a panel discussion and Q&A at 6:30pm. Panelists include Mayor Jessica Floyd, Tony Doran, WCP, Zach Wilcha, Independence Business Alliance, Les Vail, Gloucester County Chamber of Commerce, and Mary Carter, of Main Street Woodbury, Inc.

Donald Trump is impeached by House of Representatives