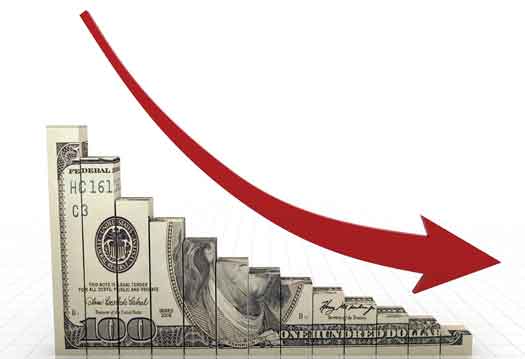 All joking aside, parts of the LGBT community are not as well off as we thought

“According to a recent report,” said Seth Meyers on the “Jokes Seth Can’t Tell” segment of “Late Night With Seth Meyers” in late 2017, “gay men earn more money than straight men. Because straight men work but gay men weeeeeeerrrrrkkkk.” Meyers was immediately (and jokingly) castigated by his writing staff and the world left pondering the questions at hand: Are gay men really making more money than straight men these days? And is the rest of the LGBT community financially better off, too?

Many reports have said that lesbians and gay men earn more than their hetreosexual counterparts. But, other studies show the elderly in the LGBT community are still more likely to be poor. A June 2013 study by The Williams Institute (a think tank conducting research on sexual orientation and gender identity law and policy) at the UCLA School of Law found that though “poverty rates for nearly all populations increased during the recession, LGB Americans remained more likely to be poor than heterosexual people.” Among the key findings of the study were that 7.6% of lesbian couples, compared to 5.7% of married different-sex couples, are in poverty and 14.1% of lesbian couples and 7.7% of gay male couples receive food stamps, compared to 6.5% of different-sex married couples.

An online web app set out to learn more about personal finance. Overdraft apps (dot) com specifically looked at how hard Americans are beset by overdraft fees. These are the fees incurred when a bank charges customers for letting them use more money than the customer actually has in the account.

Having surveyed 1,009 people ages 18 to 71 from 46 states (excluding Wyoming, Vermont, Alaska and Hawaii), the study found both that overdrafts were quite common, and that there was a great deal of confusion around how and why they happen. As many as 46% of Americans said they had overdrafted at least once in the past year, and approximately 42% of respondents said they had overdrafted but didn’t realize it until later.

What did LGBT respondents in the survey do in case of an overdraft?

What did LGBT respondents in the survey do in case of an overdraft? While 58% of the general population has called to try to get their bank to reverse an overdraft fee, 52% of the LGBT population reported having done the same. Which may be indicative of something else. So, the study found that those in the LGBT community were more likely to feel taken advantage of than the general population. When asked if they’ve felt taken advantage of by the system, political or financial, 61% of LGBT respondents said that they often feel this way. That is compared to 51% of those not in the LGBT community.

When it comes to the current administration in Washington, as many as 90% of LGBT respondents said they don’t trust the current administration to help lower bank fees. That was compared to 76% of those outside the LGBT community. A whopping 94% of LGBT respondents do not believe President Trump, specifically, will help decrease bank fees, compared to 81% of those not in the community.

What items or services would a customer overdraft the account for?