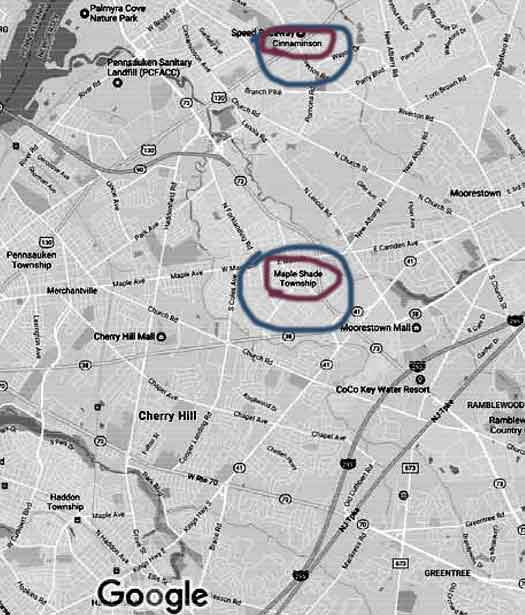 Residents in the South Jersey towns of Cinnaminson and Maple Shade woke Sunday morning to find flyers allegedly distributed by the Ku Klux Klan, urging citizens to stop “race-mixing and homosexuality.” The flyers, printed on plain white paper were sealed in sandwich baggies and weighted down by rice. They were found in driveways and on doorsteps.

Decorated with interlocking hearts, the flyers said, “Love your own race! Stop homosexuality and race mixing!” along with a phone number and web site address. Contact attempted at the number led to an automated message that let the caller know they had reached the “loyal white knights” of the KKK.

Police in both towns are investigating it as a bias incident though no specific individuals were thought to be targeted in the distribution.

According to the Southern Poverty Law Center hate map, there are 892 hate groups currently in the United States. New Jersey is home to 21 of them, including an alleged ‘hate music’ label in Maple Shade and alleged chapters of skinheads in Haddon Township and Cherry Hill.