When I heard the news recap of a statement made by actor Kevin Spacey, I had to back up the report to make sure I heard correctly. After all, I hadn’t yet had my coffee and I’m not exactly coherent until at least the second cup. Unfortunately, it wasn’t caffeine deprivation- I had heard correctly. Spacey was apologizing for allegedly sexually assaulting a then minor in 1986. In the same breath, he admitted to living his life as a gay man.

The timing of his statements couldn’t have been worse. It definitely drew parallels between being a predator of children and being a member of the LGBT community. For years, Spacey declined to comment on his sexuality, saying it was a private matter and none of anyone’s business. So why come out of the closet now, right on the heels of a half-assed apology for attempting to sexually assault someone who was 14-years-old? In his Tweets, Spacey called it ‘deeply inappropriate drunken behavior.’

His sexuality has long been questioned and he has always deflected. He could have come out a long time ago but instead chose to come out as gay after being accused of an attempted rape. I came out as a lesbian nearly 20 years ago and over time, I’ve heard stories of coming out at some inappropriate times: family holidays, weddings, funerals, etc. None of that is as inappropriate as what Kevin Spacey did. I never thought I’d say this but I wish he’d just stayed in the damn closet.

I have been fortunate enough to see society become more accepting of over the past 20 years. However, I’ve also seen and reported on a rise in LGBT backlash from the evangelical right, of which Vice President Mike Pence is a proud, card-carrying member. These groups have been emboldened by an intolerant White House, where the President has green-lit anti-LGBT policies both in the Department of Justice and with the military.

The evangelical right already sees us in the LGBT community as monsters, something unnatural, and yes, predators that will warp and desecrate young minds. Kevin Spacey has done us absolutely no favors in that regard. The reactions on social media from Spacey’s peers in the entertainment industry were swift and justifiably angry. He deserves far worse than the court of social media for giving the evangelical right even more ammunition.

My concern now lies with those who are just starting to figure out their sexuality, to come to an understanding about themselves. They don’t need ‘crusaders’ protesting outside their safe spaces, calling them whores and shouting that they’re going to Hell because of their unnatural and predatory tendencies.

The current administration and Kevin Spacey’s ill-timed coming out have just given them all more legitimacy. Instead of standing as a role model for LGBT youth and those who are coming out late in the community, Spacey will now stand as a symbol for what the right is crusading against. 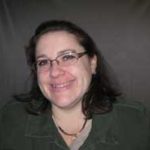 J.L. Gaynor is Out In Jersey’s news editor

Why coming out can be tough on your mental health