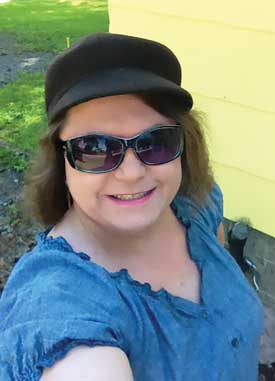 Summer is upon us and those tempting, oiled up bodies in Speedos down the shore are going to be calling in siren song. Our writer Billy George shares some sex basics for your enlightenment and guidance.

Gay sex is a confusing act. As a result, I’ve decided to break it down for you guys and advocate for safe sex along the way.

Straight people have defined roles in the bedroom. The man is the top. The woman is the bottom. Now this is not say that all women are submissive and all men are dominant. I know plenty of straight couples where the woman is the one calling the shots both in and out of the bedroom. I’m simply taking about biology. In the end, the man is penetrating the woman.

The secret to a long lasting, committed relationship is a great sex life. I’ve been amazed at how people who have nothing in common can be so happy with each other’s company if the sex is good. I can feel the hatred coming, so I should also say that there is a lot more to a relationship than sex. All of that other stuff is important and should never be overlooked, but great sex between boyfriends can decrease cheating, fighting, lying, and help create an overall stronger bond.

With that in mind, you and your partner have decided to take the plunge and have sex for the first time. Let’s also assume you’re both virgins.
Two gay boys, both virgins? Is such a thing possible? Maybe at 12…

Q: What if I want to bottom, but my boyfriend has a really big penis? I mean, that shit is scary!

A: If you really feel comfortable with your man, then explain that the size is an issue. Using a lot of lube, and going very slowly, with lots of encouragement can help ease tension down there as well as in your head. Also, they make toys for big boys like you. Go buy one and play by yourself before playing with your man.

Q: Okay, that’s all good, but my penis looks tiny compared to my boyfriend’s. Am I small or is he huge? What’s average? It seems like all the guys on grinder have eight-inch penises.

A: First thing’s first, they don’t all have eight-inch penises. They are liars! Secondly, average is 5.5 inches. Although, according to a study by Sexologist Simon Levay, gay men on average are about 6.1 inches. So, go us! I don’t know your size but, now that you know what average is, you can take a ruler and figure that shit out for yourself.

Q: Phew! I’m not below average. That’s good to know. How about foreplay? How long is long enough? What should we do?

A: If you have no desire to, then don’t. However, if you feel like trying out the other end of the spectrum, tell your man what you need. You may find out that you’re 80% bottom and 20% top. This kind of versatility can lead to a more action-packed sex life.

Now that we’ve covered the basics, let’s move on to the club scene. People often ask me how gay people know who will do what in a hookup situation. Now let’s be clear: Gender atypicality has nothing to do with being a top or bottom. I know some seriously masculine bros who are big nellies, and I also know some material girls who like to dominate. To quote a drag friend of mine who’s a total top: “Bitch, don’t touch the hair.”

The best tactic for figuring out who does what is to simply ask. It’s not rude and can save you both a lot of time. Now, don’t walk in there and say, “Hi, I’m Billy. Are you a top or bottom?” Their answer will probably be a slap. However, if the situation looks promising, and the discussion begins to go toward filth, slipping in that small question can help ease tensions and fears.

Another thing, all gay sex doesn’t have to end in anal. Oral is there for a reason, and if you’re honest about what position you are, you both might agree to cut it off at third base.
Versatile folks have the biggest advantage. They can sleep with most anyone they want to. Not limiting themselves has allowed them to become something desirable to all. Now if you’re not versatile, don’t try to be. Some guys simply can’t bottom. If you’ve given it your all and find it just isn’t working, then stay true to yourself. Being a total top does exist. My only advice is make sure you are one before you advertise as such. Same goes for you bottom boys. Try topping, if it doesn’t work, don’t worry. We love you just the way you are.

Let’s talk about barebacking. You really shouldn’t do it. People of our generation have forgotten the dramatic effect HIV/AIDS had on the gay population during the 80s and early 90s. We take for granted the medicine that’s been created, and don’t take the disease itself seriously. I’m fortunate enough to have three role models from that generation who constantly remind me to be safe. Two are my gay uncles, the other is my mentor. Barebacking simply isn’t worth the risk. Time for another Q@A!

Q: How can I prevent HIV transmission?

Q: I’m a top only. Can I contract HIV from topping a positive bottom?

A: Although the chances are much lower, yes, you can. Being circumcised is a big help, but nothing is a guarantee. Also, your normal germs can be very harmful to the positive bottom. Wearing a condom protects both of you.

Q: Condoms taste icky. Should I use one during oral?

A: That’s up to you. If you don’t use one, make sure you don’t have cuts in your mouth. Also, swallow. Don’t spit! Swallowing allows your stomach acid to kill the virus. Spitting keeps it trapped in your mouth, and ups your chances of semen entering your bloodstream. Also, try flavored condoms. Mmm… cherry!

Q: I’ve been with my man for, like, seven years. Do we really have to use a condom?

A: If you’re both totally monogamous, go ahead and play raw. If you have any doubts about your partner’s fidelity, keep that rubber on.

Q: My ex called and told me he’s positive. I haven’t been tested since we broke up, and I’ve have had unprotected sex with other people. What should I do?

A: Go get tested. If you come back positive, then make the needed phone calls. No need to worry people until you know for sure.

A: No, being positive doesn’t mean what it used to. A positive friend of mine always says, “Just take your pill, honey, you’ll be fine.”
­

Now that you’ve been enlightened, I need to go back to bed. Just remember my devoted fans, gay sex is really complicated, but figuring it out can unlock many possibilities for you and your partner. Remember that HIV is no joke and also that if you’re positive, we will all love you no matter what.

Summer is upon us and those tempting, oiled up bodies in Speedos down the shore are going to be calling in siren song. Our writer Billy George shares some sex basics for your enlightenment and guidance.

Gay sex is a confusing act. As a result, I’ve decided to break it down for you guys and advocate for safe sex along the way.